So let’s be perfectly clear: the massacre at the Pulse club was an act of “terrorism” and “hate” - which is redundant. Butt we still don’t want to use either of those icky and oh-so-definitive adjectives: “Islamic” and “radical.”

So, while we’re all in agreement that we must Make America Great Again, as usual we disagree on how to go about it. The Donald thinks we should begin by calling “it” what “it” is and closing our borders to the people most likely to practice “it”.

Crooked Hillary thinks we need to throw more gun control at it:

Clinton, meanwhile, said “we need to redouble our efforts to defend our country from threats at home and abroad” and reiterated her support of stricter controls on who can purchase guns.

“We need to keep guns like the ones used last night out of the hands of terrorists or other violent criminals,” Clinton said. In an apparent reference to the assault-style rifle used in the attack, she said “weapons of war have no place on our streets.” – Newsmax

So if you’ve even been thinking of getting a new pressure cooker for the upcoming canning season, do it now; while you still can. 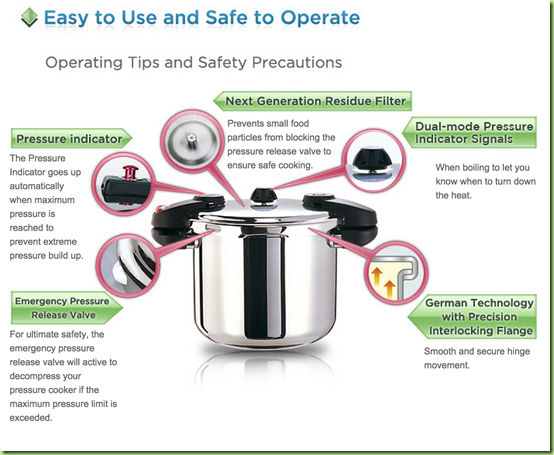 Is it legal in Florida to walk down the street caring a loaded AR15? I’ll bet there is a law against it.

I happen to think that the “knock-out game” has no place on our streets.

Just about any weapon is used in war, especially in our recent occupied areas, so that is a vague description if I ever heard one.

Florida's one of the few remaining states that does not allow open carry. So yes, there are plenty of laws against it.

But let's not talk about common sense. We obviously need more laws.

The idiots who will be voting for Hitlery are beyond persuasion. They are in an alternative universe where inanimate objects commit Conservative-Inspired Crimes.

I think it is, legal, i know it is legal in Michigan, it should be legal everywhere.

Then make Your Street Gang Thugs Obey The Law and the Police Officers and Disarm. Otherwise,......

I sometimes carried a slingshot on night ambushes in Vietnam.

2 or 3 would give away our position. A slingshot would also make a "thwack" sound, but not nearly so loud. I figured that if the movement was NVA/VC and my aim was good, it would produce a stream of Vietnamese profanity.
(BTW, I never had opportunity to test my theory)

Because the slingshot is a 'weapon of war', it HAS been outlawed in Massachusetts!

Muzlims have no place on our streets.

Muslim sympathizers have no place in our government .

THAT SHOULD BE THE TITLE

Hey Moose, the weapon of war here was a muslim, you stupid hack. Hopefully, you have ordered your bodyguards to remove their guns, you fat-as##ed hippocrit.

We must first identify the problem.

By pretending this is a gun control issue she has condemned us to becoming defenseless victims.

Terrorists and criminals will always be armed, irrespective of her proposed TYRANY.

Here is a history lesson for Hillary. When the 2nd amendment was ratified Americans possessed Brown Bess muskets, Kentucky Rifles, Ferguson rifles. In the early 1800s riverboats had small cannon to defend against river pirates. In the 1870s and 80s cattle drovers on a drive were better armed than Cavalry platoons with Winchester and Henry rifles. When the US Army was equipping with the Springfield 03 citizens could and did own the Remington model 8, first truly successful semi auto rifle..Throughout the first half of the 19th century American merchant ships carried naval ordnance and private frontier forts like Fort Bridger had military ordnance.

And these weapons are in our homes and places of businesses, not on “the streets.”

In recent years, FBI statistics have shown that more people get murdered with hammers, with fists, even with feet than with semi-automatic rifles.

But we will never hear the truth from left-wing demagogues like Hitlery and her evil ilk.

“A free people ought not only be armed and disciplined, but they should have sufficient arms and ammunition to maintain a status of Independence from any who might attempt to abuse them, which would include their own government.” - George Washington