Political Correctness has jumped the shark; it has officially turned into brainwashing:

Judicial Watch announced today that it obtained documents from the United States Department of the Army revealing that in April 2015, 400 soldiers in the 67th Signal Battalion at Fort Gordon, Georgia, were subjected to a “white privilege” briefing, including a PowerPoint presentation instructing the attendees: “Our society attaches privilege to being white and male and heterosexual …” 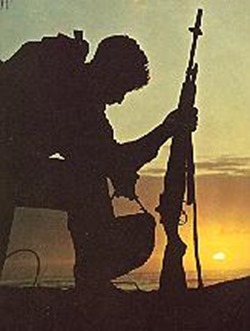 Previously reported in passing, only one slide from the “unsanctioned” presentation had been released. Thanks once again to Judicial Watch, their FOIA request obtained the entire PowerPoint presentation which included indoctrination power points such as:

“Our society attaches privilege to being white and male and heterosexual …” 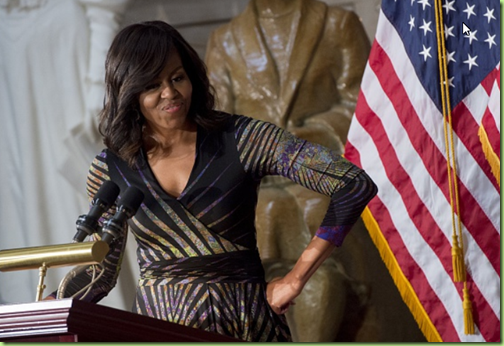 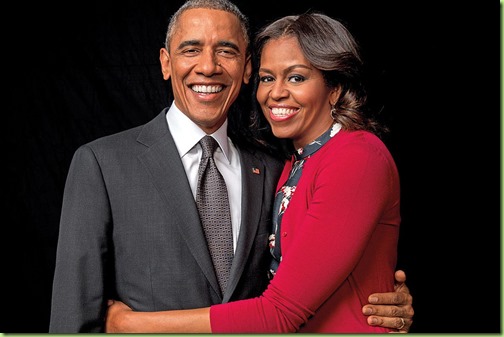 You only wish that was true.

“The trouble we’re in can’t be solved unless the “privileged” make the problem of privilege their problem and do something about it.” 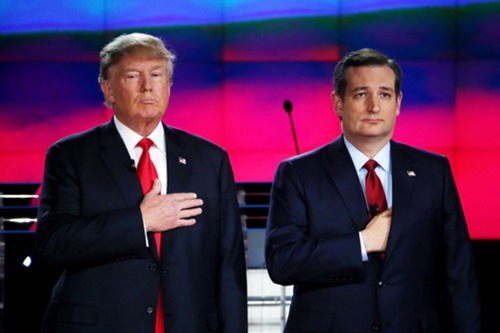 I think that’s what a lot of people will have in mind next November. 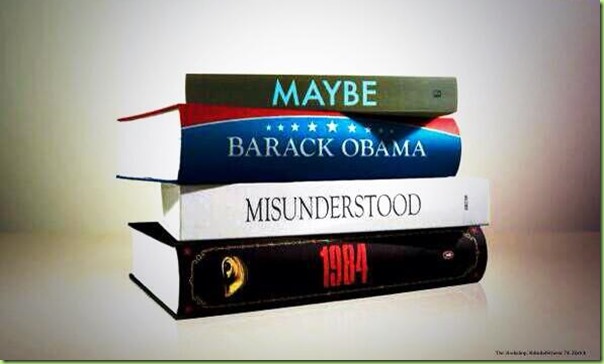 The inverse of “white privilege” is universal victimhood.

One of the more prophetic things to me in 1984 is the accuracy of the effect of that kind of society on women.

I am SICK AND TIRED of being blamed for everything that is wrong in the world, just because I’m white, work hard, earn a good living and have more than others.

Orwell will not be banned under the leftists. The problem is, they think it’s a manual rather than a warning.

That's exactly why you're so hated by those on the left.

I can’t say I’m sure what WHITE PRIVILEGE even means. We’re supposed to get with the program every time some imbecile comes up with a new term? Sure don’t know why the idiot obozo comes into office promising to be a president for ALL OF AMERICA and all of a sudden, WHITES are the enemy to everyone NOT WHITE!!! Odd how that happened! STUPID and RIDICULOUS!

and the fact that you are "entitled" to financial restitution for issues that are 160 years old, or more than four generations ago.

10 posted on 03/10/2016 8:01:57 AM PST by Tilted Irish Kilt ( British historian Arnold Toynbee - Civilisations die from suicide, not by murder.)
[ Post Reply | Private Reply | To 2 | View Replies]
To: NOBO2012
The basic idea of "white privilege" and "microagressions" is that even if a white person is not racist, they really are racist.

With white privilege YOU are racist because of the actions of other people. Cops don't watch you as hard, etc. With microagressions, YOU are racist because of the sensitivities of other people. So if you let a black person speak first in a meeting, your racist because you are putting him on the spot of having to start things off but if you don;t let a black person speak first you are racist because it shows you secretly don't trust him to do it. It's all about whatever random feeling they decide to attach to it. In fairness, the whole sexual harassment thing that began in the 90s set the stage for this by making every male afraid in most interactions with women in the workplace because of how they might take something you say, innocent or not, and their ability to wreck your career on the basis of those feelings. This is just the logical extension of that.

11 posted on 03/10/2016 8:05:35 AM PST by pepsi_junkie (Politics: from the greek "poly" [many] and the english "ticks" [blood sucking parasites])
[ Post Reply | Private Reply | To 1 | View Replies]
To: NOBO2012
It's no secret that both George Orwell & H G Wells were both extremely prophetic.
One writes about altering historical facts to make the past conform to the ever-changing (politically correct) party line while the other write about Morlocks, ape-like troglodytes who live in darkness underground and surface only at night to prey on the (unarmed) Eloi.

I read both books as a teenager. I liked “Anthem” but did not think it was possible. Now, about half of it has been incorporated.

When I finished “1984” the ending was so shattering (Room 101) that I didn’t really sleep that night.

I also was able to buy a radio dramatization (about 1956), CBS, of the novel. It was good.

This campaign may be evil and malicious, but there is a pernicious outline and intent to all of it. It is a manifestation of dialectical materialism. That is one of the most important arrows in the quiver of the cultural marxists and the marxist community organizer in the white house, as they seek to destroy this constitutional republic.

Intelligent people saw 1984 as a warning, Democrats saw it as a users’ manual.

Maybe I should read 1984 again, but I see how much of it has proven prophetic. I never cared to read Animal Farm or any other books where animals are personified.

Have you read Orwell’s 1984? If you have, surely you know that “WHITE PRIVILEGE” is Newspeak for disadvantages placed on non-elite whites.

I’m privileged because the leftists in the Federal gov’t are specifically targeting me for their welfare plantations and abortion mills.

I didn’t say that. The Federal government has been saying that for 3 generations.

Black men don’t need to be fathers. Uncle Daddy will nurture their children.

Black men have no useful purpose except to kill each other or go to jail. Tell me that’s not the designed result of the welfare system.

White privilege? Oh my, yes! As a white male, I’m incredibly privileged not to be so directly targeted as black men are by this government.

1984? We’ve always been at war against white privilege. Sure, we have.

Just try and find the ORIGINAL 1984 book. The original book!