I was going to discuss “The Clintons” today butt between Doug Ross (Will Hillary Get the Petraeus Treatment?) and Clarice (The Clintons' Little Tin Box) they’ve pretty much covered all the bases we know about so far.  Except for the New York Post’s contention that the Clinton Foundation functions essentially as a slush fund. 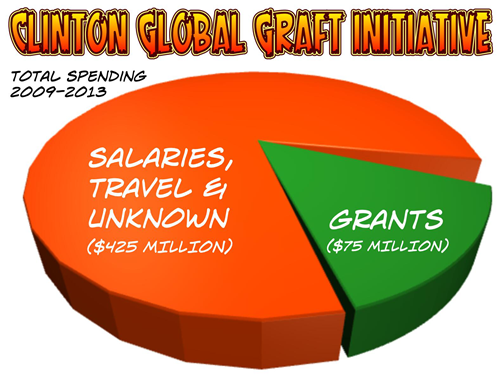 Charity Navigator, which rates nonprofits, put the foundation on its “watch list,” which warns potential donors about investing in problematic charities. The 23 charities on the list include the Rev. Al Sharpton’s troubled National Action Network, which is cited for failing to pay payroll taxes for several years.

And although the 2016 presidential campaign hasn’t even officially begun we are already starting to show signs of Clinton fatigue. Let’s just say that somebody’s got some ‘splaining to do and leave it at that for now.

And so as I leave the Clintons to take care of themselves, which they have more than proven they can do, let’s move on to another topic: John Nolte’s excellent discourse on liberal hypocrisy: Gay Panic: Jenner, Rubio, Cruz Shock Parochial Mainstream Media. You should read it for yourself, butt here are some of the high lights:

Our bubbled mainstream media got a serious crash-course in reality this week with the revelations that Ted Cruz and Marco Rubio don’t hate gays, and that Bruce Jenner, who is in the process of transitioning into a woman, remains a Christian Republican.

Bruce does seem to be suffering from gender dysphoria, butt apparently the rest of his brain is working correctly. 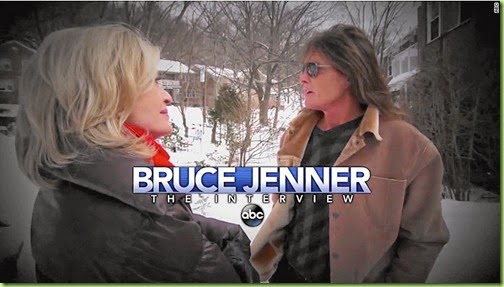 During a two-hour interview Friday night, Jenner said to a noticeably puzzled Diane Sawyer, “I’ve always been more on the conservative side.” Still in shock, Sawyer then asked if he’s a Republican. Jenner responded in the affirmative, ”Yeah. Is that a bad thing? I believe in the Constitution.” Jenner also said he was a Christian and not a Barack Obama fan.

Mr. Nolte also explained how puzzled the media was by the whole thing:

Earlier this same week, among others, The New York Times was flabbergasted to discover that Republican Senator Ted Cruz would love his daughters just as much if they were gay. Cruz was also the star of a political event this week hosted by two openly gay hoteliers. The Times was so startled by this Cruz felt compelled to issue a statement.

“It speaks volumes that the New York Times considers it newsworthy that a Republican who believes marriage is between a man and a woman would meet with people who hold a different view,” said Cruz. 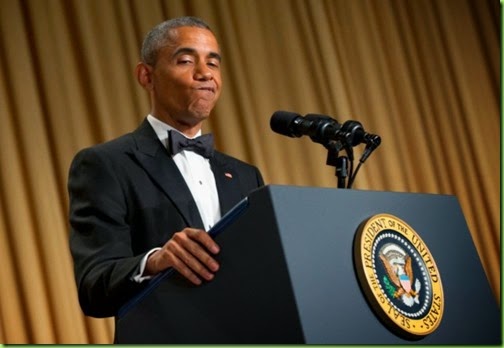 Like most everyone else in America, legions of conservatives and Christians live and work, and dare I say, coexist just fine with their openly gay friends, co-workers, and relatives. America has come a long way in a very short time when it comes to recognizing the humanity of homosexuals, and that is truly a wonderful thing. And long overdue.

Where we disagree is on the political issue of same sex marriage, and despite what the media believes, holding the same opinion on gay marriage that Barack Obama did two years ago, and Hillary Clinton did 2 minutes ago, does not make one a Nazi. (snip) 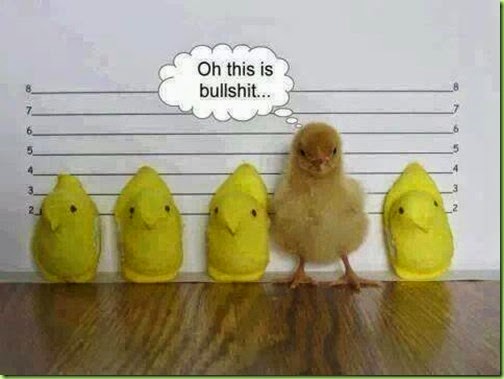 Chick-Fil-A in the Nazi Line-up: wing tips up! Don’t shoot!

The mainstream media is positively drunk on its own sanctimonious ideas of diversity, inclusion and tolerance of different cultures and ideas. And yet this same mainstream media regularly displays a stunning ignorance when it comes to understanding a political and religious culture held by something like, oh, 100 million Americans.

This ignorance breeds hate, which in turn breeds a bigotry that includes a wildly unfair stereotyping that regularly finds its way into news coverage. (snip) 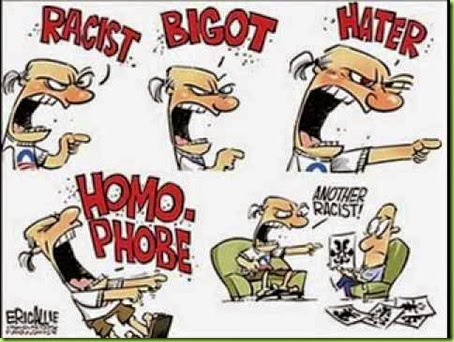 Bruce Jenner is about to discover that conservatives and Christians will be much more tolerant towards his transitioning than so-called progressives are of his political beliefs. 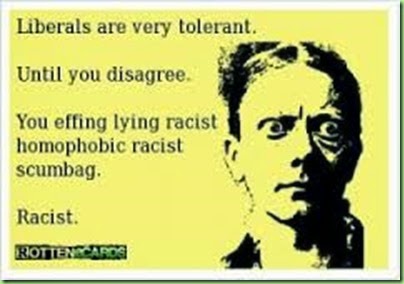 Which leaves you to wonder: who are the real defenders of Thomas Jefferson’s classical liberalism: the the progressive authoritarians who want to use the power of government to make you think and act the way they believe is best, or the Tea Party conservatives who want government to butt out? 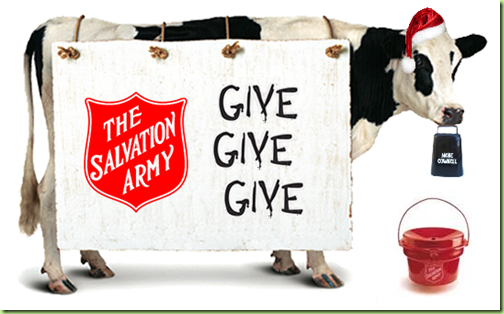 Feel free to give to the charity of your choice, as long as your choice is the government.

So, as the Supreme Court takes up the issue of gay marriage this week I say let the culture wars continue… 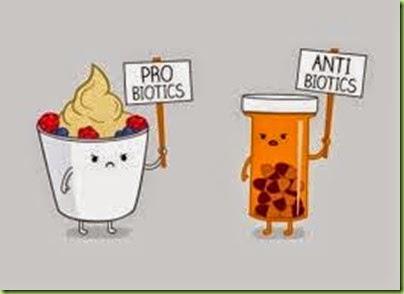 Religion is the last standing institution not yet captured by the left... and it’s wobbling badly.

The armed services fell a couple of years ago.

I wonder if Jenner’s whole thing is a stunt designed to undermine the Republican party and Christian religion as social conservatives who believe sex is a biological fact and people’s fantasies or delusions should not be indulged.

I care less what Bruce Jenner thinks that I do what Barry Soetero does. Some of Barry’s opinions affect me.

Yes, it’s the most effective thing the Left can do to advance their agenda, further define conservatism and Christianity down.

he may be a Republican, but he ain’t no Christian.

Poor sick bastid. And sick bastids are supporting him in his insanity. He needs to be institutionalized.

If he says so and believes it, I’ll take him at his word. I don’t think God will love him any less for his mental illness.

Jenner is NO Christian.

Sorry - Did you actually watch the interview? Jenner said he tells his kids “I'm dad, you can call me dad” and he is fine with being called Bruce and by male pronounces. He knows he is biologically male and DIDN'T say everyone else should be expected to pretend he is a woman because he mentally feels like one.

Jenner is a biological male who affirmed that he's always been exclusively attracted to females and will remain so. Last time I checked, that's not homosexuality. Bringing homosexuals into the conversation is like referring to an alcoholic who abhors needles as a "heroin addict"

God loves everyone, including those with mental illnesses like Bruce Jenner.

[[God loves everyone, including those with mental illnesses like Bruce Jenner. ]]

3. Idols, and the materials used to make idols (Deuteronomy 7:25)

15. Remarriage to a former wife after she has been married to another man (Deuteronomy 24:4)

27. Anyone who sows discord among brethren (Proverbs 6:19)

God loves everyone, including those with mental illnesses like Bruce Jenner.

Sorry, you're wrong. He loves EVERYONE. There are certain ACTIONS he hates, many of which you listed (witchcraft, adultery, lying, shedding innocent blood, etc). He doesn't not hate the INDIVIDUAL. If those doing the sinful actions repent from their actions and obey Him, God will welcome them with open arms.

Since it was brought up, I'll comment. I think the above is why queers, and other professional deviants, hate God so much. They are so far gone that they can not differentiate the person from the sin. In their attempt to fill the God sized whole within them, sin has actually become who they are, or at least who/what they identify as. If you hate the sin, then you must, by default, hate the person,as well. Sometimes, well a lot of the times, Christians don't help the matter by not being able to properly emulate or communicate God's love and forgiveness. Our fallen nature gets in the way, if you will.

no I’m sorry Bill- He hates people too- He clearly states so in His word- He doesn’t declare In those verses that He hates the actions- He states outright He hates those people- And if He loves ‘all people’ then how do you explain the fact that apostates can never be saved? No chance of forgiveness- He states so in His word- Clearly then ‘God loves the world’ doesn’t mean ‘everyone without exception’

And sadly you have many on "our" side, like Bob, who AGREE with the left's talking points and thus tar the rest of us as hate mongers.

If Bob thinks the Bible commands him to hate Bruce Jenner, the individual, rather than feel sympathy for Bruce Jenner's mental illness and hope with God's grace that he can overcome the illness, that's his problem. Fortunately the vast majority of Christians don't feel God "hates" anyone. Those who do would be more at home at WBC.

Yep. And His directive is also to never eat bacon or shave your beard. Do you follow all the Old Testament commands that literally?

Are you just gonna talk about me to other people? Or attempt to address the verses where it says God hates some people? You can take as many jabs at me as you like, but the fact remains that those verses aren’t going anywhere- and they say nothing about God ‘loving the sinner, but hating the sin’- They state that God hates certain people- period-