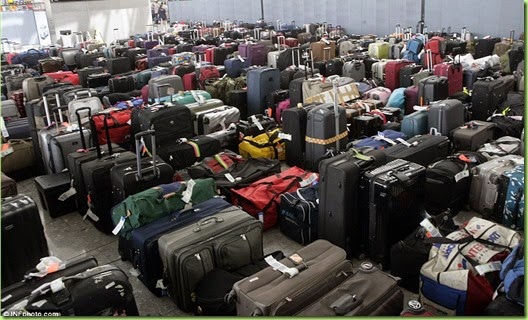 Isn’t anyone going to claim this baggage?

At the rate it’s flying down the chute these days even some of the MSM have been forced to acknowledge a few of the unsavory facts still swirling around our American Power Rangers. 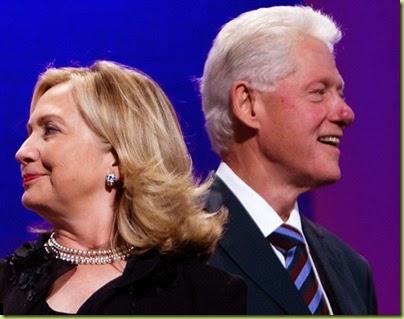 Whoa! That’s quite a bubba nose one of our Power Rangers is sporting

Starting with formerly reliable (and supportive) Ron Fournier in the National Journal who writes an article titled “The Questions Hillary Clinton Doesn't Want Answered About the Clinton Foundation” and - more importantly - sub-titled “I don't know what's in Peter Schweizer's book. But I know what the Clintons are capable of.”

And this is just the opening salvo:

The Bill, Hillary & Chelsea Clinton Foundation is both an admirable charity and a shadow political operation awash in conflicts of interest—a reflection of the power couple who founded it. Bill and Hillary Clinton, like history's most enduring characters, seem to stride through public life with an angel on one shoulder and a devil on the other.

Time magazine seemed to agree, at least about the devil part: 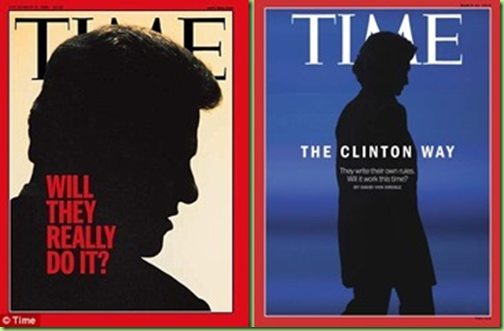 Although in Bubba’s case, the horns may have been a more tongue in cheek reference to the “old horn dog.”

Butt things are not looking good: now we have the venerable NYT chronicling the Bill and Hilz part in the sale of Uranium1 to a Russian company, thereby giving Russia control of one fifth of the United States production of uranium. How does this involve the Clintons?

Since uranium is considered a strategic asset, with implications for national security, the deal had to be approved by a committee composed of representatives from a number of United States government agencies. Among the agencies that eventually signed off was the State Department, then headed by Mr. Clinton’s wife, Hillary Rodham Clinton.

That could be troublesome on its own, butt there’s more:

As the Russians gradually assumed control of Uranium One in three separate transactions from 2009 to 2013, Canadian records show, a flow of cash made its way to the Clinton Foundation. Uranium One’s chairman used his family foundation to make four donations totaling $2.35 million. Those contributions were not publicly disclosed by the Clintons, despite an agreement Mrs. Clinton had struck with the Obama White House to publicly identify all donors. Other people with ties to the company made donations as well.

I know, I know; normally the media would look the other way and say “what difference at this point does it make?” So the only conclusion one one can draw from this sudden revival of journalistic fervor is that Hilz is no longer the leftist of the left and they’ve decided to coronate a new queen; another champion of the 99%, Elizabeth Warren (also a member of the hated 1% that Hilz wants to “topple”).

So, that undisclosed $2.4 million donation to the Clinton foundation from the Russian Uranium company begins to shed new light on that Russian reset button that Hillary presented to Russian Foreign Minister Sergei Lavrov. 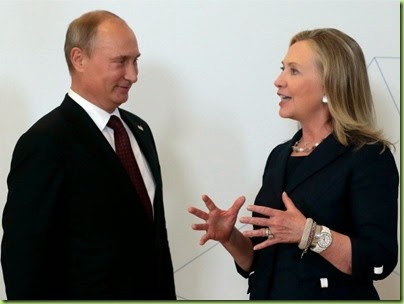 Remember how we thought it contained an incorrect translation because instead of saying “reset” in Russian it  actually said “overcharge”? 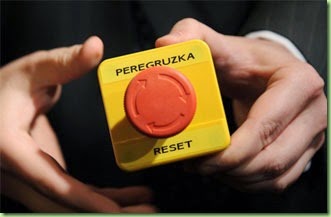 I’m beginning to think it wasn’t a mistake after all. I’m not sure if Hillary thought she was being overcharged for delivering Uranium1 to the Ruskies, or she was advising them that she intended to overcharge them for the delivery. 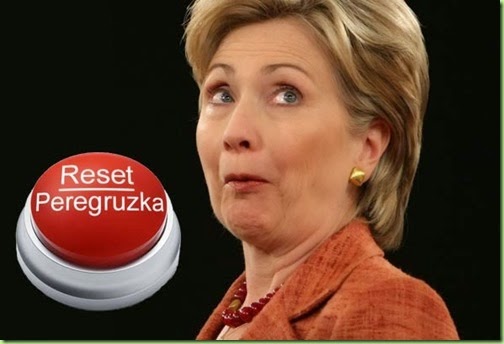 And that’s just one questionable quid pro dough transaction. We haven’t even begun to look into the GE/ Imelt/Clinton/Algerian power plant deal (for which we have no State Department emails, yet):

With the Clintons “following the money” isn’t as easy as it sounds. We’re talking about the power couple who invented the parsing of the word “is” – we’re going to need an FBI forensics accounting team. Either that or Trey Gowdy and a stack of subpoenas. Stay tuned, this could still get interesting. 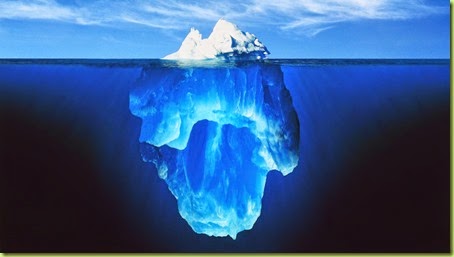 It is already interesting and the revelations have only begun

THEY SOLD US OUT!

They took a bribe fair and square.

It’s amazing what these two grifters get away with. Any prosecutors with balls in this country or what? Let me see what would happen if I started a charity and started spending the money on myself. Let’s see how long it would last. Matter of fact, let me set up a website for crippled kids and use the money to buy a house, a car, first class flights. Yeah I’m sure nothing will happen to me. All I have to do is run for President.

It’s quite interesting that NYT and WaPo are both on board with the destroy Hillary campaign.

It is possible - barely - that WaPo is on the story because its a big, legitimate news story (I mean, how BOLD was it of the Xlintons to actually declare her candidacy knowing all they have to hide?).

But NYT, a/k/a American Pravda? That they are on board is very significant, because it means all is not well in commieland. Hillary! has acquired some very powerful enemies on the Left.

Or maybe there’s just so much out there, that they simply cannot ignore it.

No they belong to the Cruzin folk

That’s what the luggage looks like after a cruise.. Slick is now a close second to W. C.!

Fly First Class. Only chumps do that. They fly on a G4. I can guarantee they fly NETJETS or some other lease private jet travel company. OR, their Foundation owns a private jet.
They spent $25 MILLION on travel expenses over a 5 year period. There is absolutely no way any of them ever stepped foot on any scheduled common air carrier.