What can I say; sometimes the predictions are just wrong.

That doesn’t always stop us from pretending that our prediction was more accurate than it really was:

It appears that the model used to forecast New York’s  Snowmageddon II was just wrong.

A National Weather Service official says the agency will evaluate its storm modeling after a storm that was predicted to dump a foot or more of snow on many parts of New Jersey and the Philadelphia region delivered far less than that.

So, using the European Centre for Medium-range Weather Forecasts (ECMWF) instead of the U.S. Global Forecast System (GFS) to forecast this week’s weather in New York proved to be a big mistake, costing  NYC (conservatively) some $200 million. So I guess the European model isn't necessarily superior to the American model after all.

It’s sort of like that with ObamaCare: Big Guy along with his other really Big Brains promised over and over that Obamacare would save every family money, will cut the deficit, create new jobs and otherwise save America:

Big Guy promises his healthcare plan will not add “one dime to the deficit.”

Butt don’t blame Big Guy, it was his model that was wrong. Like the European weather model, apparently the Eurocentric healthcare model used by the Big Brains to develop Obamacare was wrong too. Therefore the resulting cost forecasts associated with ObamaCare turned out to be slightly off the mark: $1.35 trillion off (so far) to be precise.

It will cost the federal government – taxpayers, that is – $50,000 for every person who gets health insurance under the Obamacare law, the Congressional Budget Office revealed on Monday.

The number comes from figures buried in a 15-page section of the nonpartisan organization's new ten-year budget outlook.

The best-case scenario described by the CBO would result in 'between 24 million and 27 million' fewer Americans being uninsured in 2025, compared to the year before the Affordable Care Act took effect.

Therefore, no apology needed. That sort of thing is reserved for weather forecasters:

OT: Regarding Lady M dissing the Saudi’s by “going bareheaded” at the King’s funeral: heck, even MO gets it right occasionally. 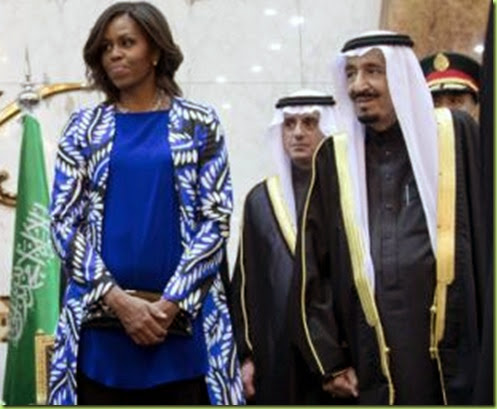 Yeah, I say let the guys cover their noggins.

P.S. Thanks for all your good wishes and remedies yesterday, and thanks to Little Mo for filling in. I’m feeling better today.

I am really surprised that Moochie covered her arms.

Look at the size of those mits! 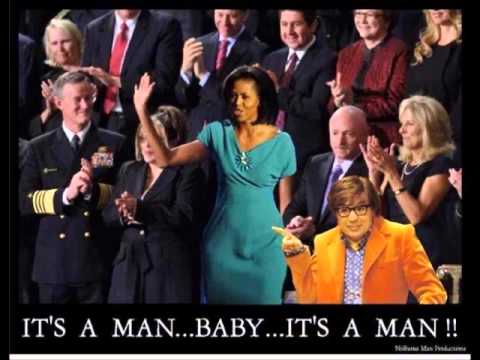 Weird clothes for a funeral.