... The Supreme Court Ruling could have gone in one of several directions:

Very little else to add to that other than to reiterate our brilliant residential constitution scholar – no not Big Guy, Little Joe – this is “a big f*#@ing deal!”

So congratulations Big Guy, you really are the Won!

And the Once.The only possible way to view this is that it will make it easier for Romney to win in November... 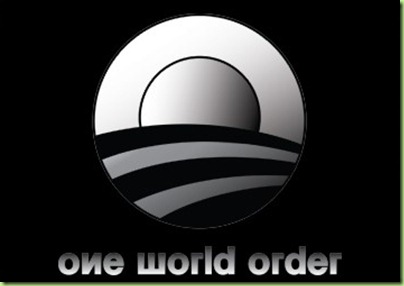 The sun sets on the American Experiment. Alexis de Tocqueville called it.

TOPICS: Politics
KEYWORDS: obama; obamacare; scotus Navigation: use the links below to view more comments.
first 1-20, 21-29 next last
I'm going to get drunk! And then return tomorrow and do everything I can to ellect Romney and take back the Senate!
1 posted on 06/28/2012 8:13:06 AM PDT by NOBO2012
[ Post Reply | Private Reply | View Replies]
To: NOBO2012
This is the the self aggrandizing evil that got us here. This is the mind of sanctimonious foolishness that has allowed our nation to perish: Freebies for everybody... and those that get the freebies don’t pay taxes anyway... does it get any better than this. The Welfare State is alive and well.... more foodstamps, anyone?

That was my first thought: this means Obama is sunk come November. Well, he would be, if there were such thing as a fair, clean, honest electoral process.

I am intensely sick of the “We are so screwed” attitude exhibited by many on FR.

We are only screwed—It is the end of America—Only if we the people allow it to happen.

Had George Washington assumed this mindset—Something that easily could have happened given the many set-backs dealt to the Continental Army—We’d still be British subjects.

I, for one, plan to go-down swinging.

Some GOP person put out the message that this has awakened the sleeping giant and takes us back to 2010.

Tea Party Congress + GOP White House = getting rid of this theft of our country!

Similarly - American liberty took a HUGE hit today - but the war is only over if we decide we have been beaten.

One silver lining is that the SCOTUS decided AT LAST that there was at least ONE big fat ugly ‘camel’ that couldn't be threaded through the ‘eye of the needle’ called “the interstate commerce clause”.

0bamacare may or may not survive as legislation - let us all hope that after November it's days are numbered - but the ruling that the interstate commerce clause is not a COMPLETELY blank check of power will no doubt be cited for as long as America and the concept of a government of limited and enumerated powers endures.

The only hope for future Americans now is simply the bankruptcy of the Federal Govt. maybe we can start over on a different path.

You and me both. For the "We are so screwed" crowd: Whine and moan, scream, yell, cry, and get it all out of your systems--in private. Then come back to this forum READY TO FIGHT.

11 posted on 06/28/2012 8:36:15 AM PDT by Cinnamontea
[ Post Reply | Private Reply | To 6 | View Replies]
To: allmendream
The difference is that in the days of Scipio Africanus, the Romans were willing to “pay any price, bear any burden, meet any hardship, support any friend, oppose any foe, to assure the survival and the success of liberty.” By the time of Attila, the Roman army was not even the most feared force on the field of battle. The Germanic allies of Rome were what worried the Huns.

We are now more like Russia in 1917, with too many people cheering the Reds and dreaming of moving into the Bourgeoisie estates of those who haven't paid "their fare share."

Between the Bush tax cuts for the poor and this law, the Democrats have built a majority of the electorate that will get everything for free. Throw in expanded food stamps and we will be stuck with these kinds of politicians for at least another decade.

There will be no recovery in jobs as the apprehension regarding the cost of new employees becomes a fearful reality. 8% will be the good times.

The middle class will cease to exist as employers drop coverage in exchange for a small penalty. Every extra dollar between a $40,000 wage earner and a $100,000 wage earner will be spent on medical coverage based on the subsidy schedule. This will also doom our consumption based economy where those extra dollars are eaten by healthcare costs. Retirement savings will cease as people either try to afford healthcare or pay the "tax."

The American people won't wake up to this until after the election when all the major tax hikes kick in. I will be in the front of that tax hike line as a big user of FSAs which are getting limited to $2500 a year as part of the "Special Needs Parent Tax."

14 posted on 06/28/2012 8:39:42 AM PDT by USNBandit (sarcasm engaged at all times)
[ Post Reply | Private Reply | To 3 | View Replies]
To: Arm_Bears
I admire your determination. I have always been an optimist. No more. My personal situation is so dire, the effort I am expending to stay afloat so stressful, that I cannot join your crusade. I can only look at reality. The march away from the founding principles of this country is as inexorable as the coming of the Caesars. Save for a few like minded individuals, the crowd stands by and cheers to boot. I have no faith whatsoever that obamacare will ever be changed in any meaningful way, save for perhaps rearranging the deck chairs or moving on to a full blown single payer system. The list of major Federal programs ended once they've passed Constitutional muster is so short as to be effectively nonexistent.
15 posted on 06/28/2012 8:50:37 AM PDT by SoCal Pubbie
[ Post Reply | Private Reply | To 6 | View Replies]
To: Arm_Bears
We are only screwed—It is the end of America—Only if we the people allow it to happen

That's a nice sentiment and admirable. However, free people in this country have arrayed against them a veritable land armada of evil, leeches, users, losers, posers and now, apparently, a bunch of completely clueless dipshits in black robes.

Couple that with a President, the DOJ, the DHS,the FBI, ICE, ATF, HHS, and just about every other agency, bureau, or service under the Executive's control and you have an insurmountable task in trying to negate or lessen their impact legally. The only thing that will stop this is to remove Obama from office this November, or do it by force....that's our only choice in this matter now.

I think you were spot on the first time....

I don’t even drink but I’m considering it.

Just curious, how is Romneycare different from Obamacare?