wow. had not heard that before. thanks

Ok, I see. But that is the Presidents battlefield...and I trust him with it. My battlefield is gonna be with the torturers...of humans and animals.

Haha. Of course I know what you mean.

I have a PHD in Human Behavior from the University of Life, after all. 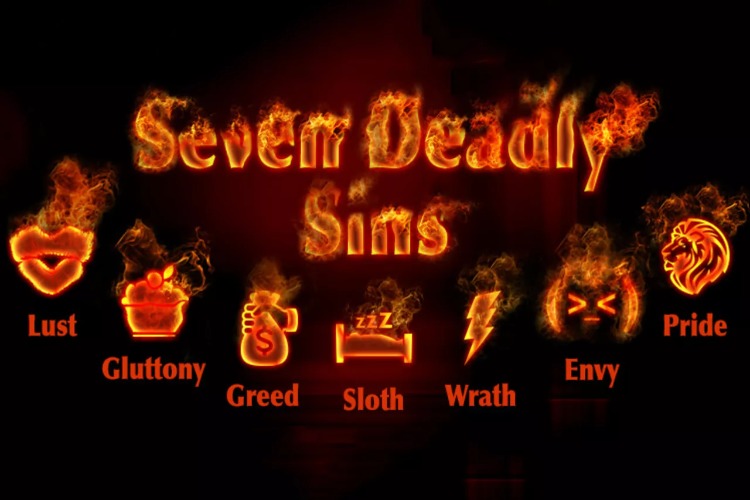 “Everyone PLEASE be careful because people are going crazy from being locked down at home!”

Okay, THAT was hysterical!

Since I am convinced without a doubt that justice is always served, just not necessarily on this earth or this lifetime, I am satisfied. It’s of course better if such wrongdoers get at least a taste of justice on earth too.

Let’s hope so!!! Hope and change all over again!! I’m hoping for a tiara to go with that wave.

Do you believe in coincidence ;-)

I saw that yesterday when I was going to send the link to LJ, but Jones pic and bio wasn’t there. I though I’d got the URL wrong but it’s been removed. Same at Dynology.

Like all scumbags do after they get caught, purge their social media accounts.

That the government is using psyops against us is horrible enough, but the real damage is being done by the private companies IMHO. It’s like this: Say you call one of them up and ask “How can I best disrupt the Qanon thread on FR?” After studying us for a week or two their strategy would be obvious: “Just send in a troll and engage with Bagster and respond to every reply you get”.

Just a hypothetical example, you understand...

A great find! my point was that we either missed this or forgot it...

The president of the United States is attacking the Goodyear Tire & Rubber Company and defending QAnon.— Bill Kristol (@BillKristol) August 19, 2020

The famous class of 98. Seems like a lot of sleepers came around that year.

You would win that bet. Austin Mayor Steve Adler is a de Blasio wannabe. He is somewhat kept in check by GOP Governor Greg Abbott, but not nearly enough. Abbot has gone somewhat squishy lately, and Adler is always finding ways around Abbott's policies.

They have fought specifically on homelessness, with dueling laws and regulations, but at the moment Adler's desire to unleash the homeless on the city is winning. 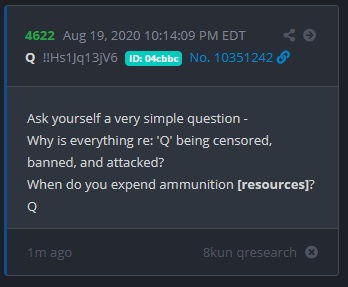 thanx for that.
What I don’t understand and what I haven’t been able to find is, what else did Clinesmith do wrong?
He’s made a plea and copped to altering an email. They already had him dead to rights on that.
So what else did he do that he’s not being charged for?

” Holmseth stated on a livestream that the PPTF had identified the massive spider web of networks of government officials who were using health information and a secret database, which involved Obamacare, to kidnap and traffic children at the industrial level [Cargo Ships / Underground Tunnel Systems] using privatized CPS and private courts.

Is Hillary Clinton truly going to hang from a noose as she famously stated?

Did President Trump lure her into a trap using a journalist and FBI witness named Timothy Charles Holmseth who agreed to be bait? “
“

Ping to the above; who is Timothy Charles Holmseth?

Amanda Milius, whose father is ‘Apocalypse Now’ screenwriter John Milius, shot in secret ‘The Plot Against the President,’ with participants including Devin Nunes, Rudy Giuliani and Roger Stone.

There’s a hush-hush Russiagate documentary on the horizon from a director who hails from Hollywood royalty. But this one makes the case for President Trump.

Amanda Milius, daughter of legendary screenwriter-director John Milius and a State Department alum, has directed The Plot Against the President, based on Lee Smith’s 2019 best-seller of the same name.

Milius, who optioned the book in manuscript form last summer and stepped down in early March from her post as the deputy assistant secretary for content in the State Department’s Bureau of Global Public Affairs, began working on the doc in secrecy shortly thereafter. Over the past three months, she interviewed Russiagate critics including Rep. Devin Nunes, Donald Trump Jr., Rudy Giuliani, Kimberly Guilfoyle, Mike Cernovich and Roger Stone as well as Gen. Michael Flynn’s attorney Sidney Powell.

Milius’ father, the screenwriter of such classics as Apocalypse Now and Dirty Harry, is such a larger-than-life figure in Hollywood that he has inspired characters in at least two films: The Big Lebowski (played by John Goodman) and Zeroville (Seth Rogen). His politics have long deviated from the industry’s centrist Democratic leanings (he and Charlton Heston served on the board of the NRA at the same time). Amanda, who attended USC’s School of Cinematic Arts and worked in the film industry for a decade, shares his pro-Trump sentiments.

IF AMERICA FALLS, THE WORLD FALLS