Trump was impeached for nothing.

I dunno. Lets go beyond the trees and take a survey. 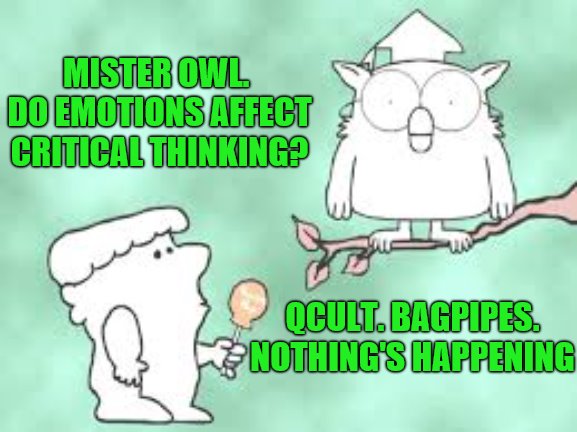 And this is what a “last day on the job cover my ass” memo looks like.

I'm getting the same vibe.

Running list of Academicians who were doing research for China or spying for China...

Bless you. Ive got my dads wings. 1st Lt left seat B17 pilot out of Rapid City doing touch and goes on VE day. He had and older brother who followed Patton up thru Italy and an older sister WAC. Dad nor older sister left country, thank God.
I’ll wear both with pride.
NBW and LFI both quiet, this 19 May

We looked at this Q fever months ago but maybe its worth looking at again with everything we see now in America’s dempanic.

Just spit-balling here but this is just to weird. I am going digging for some 1917 connection. It may be nothing but I can’t drop it yet.

I plucked these out from the wiki on Q Fever. See further excerpts at bottom from wiki page.

-meat processing plants involvement
-pneumonia
-cured with hydroxy
-Skin and blood tests should be done before vaccination to identify pre-existing immunity, because vaccinating people who already have an immunity can result in a severe local reaction.
-In 2001, Australia introduced a national Q fever vaccination program for people working in “at risk” occupations. Vaccinated or previously exposed people may have their status recorded on the Australian Q Fever Register,[12] which may be a condition of employment in the meat processing industry. An earlier killed vaccine had been developed in the Soviet Union, but its side effects prevented its licensing abroad.
-Some studies have shown more men to be affected than women, which may be attributed to different employment rates in typical professions.
- It can be contagious, and is very stable in aerosols in a wide range of temperatures.

Q fever is a disease caused by infection with Coxiella burnetii,[1][2] a bacterium that affects humans and other animals. This organism is uncommon, but may be found in cattle, sheep, goats, and other domestic mammals, including cats and dogs. The infection results from inhalation of a spore-like small-cell variant, and from contact with the milk, urine, feces, vaginal mucus, or semen of infected animals. Rarely, the disease is tick-borne.[3] The incubation period is 9–40 days. Humans are vulnerable to Q fever, and infection can result from even a few organisms.[3] The bacterium is an obligate intracellular pathogenic parasite.

During its course, the disease can progress to an atypical pneumonia, which can result in a life-threatening acute respiratory distress syndrome, whereby such symptoms usually occur during the first four to five days of infection.[citation needed]

Less often, Q fever causes (granulomatous) hepatitis, which may be asymptomatic or becomes symptomatic with malaise, fever, liver enlargement, and pain in the right upper quadrant of the abdomen. Whereas transaminase values are often elevated, jaundice is uncommon. Retinal vasculitis is a rare manifestation of Q fever.[5]

The chronic form of Q fever is virtually identical to endocarditis (i.e. inflammation of the inner lining of the heart),[6] which can occur months or decades following the infection. It is usually fatal if untreated. However, with appropriate treatment, the mortality falls to around 10%.

Diagnosis
Diagnosis is usually based on serology[7][8] (looking for an antibody response) rather than looking for the organism itself. Serology allows the detection of chronic infection by the appearance of high levels of the antibody against the virulent form of the bacterium. Molecular detection of bacterial DNA is increasingly used. Culture is technically difficult and not routinely available in most microbiology laboratories.

Q fever can cause endocarditis (infection of the heart valves) which may require transoesophageal echocardiography to diagnose. Q fever hepatitis manifests as an elevation of alanine transaminase and aspartate transaminase, but a definitive diagnosis is only possible on liver biopsy, which shows the characteristic fibrin ring granulomas.[9]

Prevention
Protection is offered by Q-Vax, a whole-cell, inactivated vaccine developed by an Australian vaccine manufacturing company, CSL Limited.[10] The intradermal vaccination is composed of killed C. burnetii organisms. Skin and blood tests should be done before vaccination to identify pre-existing immunity, because vaccinating people who already have an immunity can result in a severe local reaction. After a single dose of vaccine, protective immunity lasts for many years. Revaccination is not generally required. Annual screening is typically recommended.[11]
In 2001, Australia introduced a national Q fever vaccination program for people working in “at risk” occupations. Vaccinated or previously exposed people may have their status recorded on the Australian Q Fever Register,[12] which may be a condition of employment in the meat processing industry. An earlier killed vaccine had been developed in the Soviet Union, but its side effects prevented its licensing abroad.

Preliminary results suggest vaccination of animals may be a method of control. Published trials proved that use of a registered phase vaccine (Coxevac) on infected farms is a tool of major interest to manage or prevent early or late abortion, repeat breeding, anoestrus, silent oestrus, metritis, and decreases in milk yield when C. burnetii is the major cause of these problems.[13][14]

Treatment
Treatment of acute Q fever with antibiotics is very effective[citation needed] and should be given in consultation with an infectious diseases specialist.[citation needed] Commonly used antibiotics include doxycycline, tetracycline, chloramphenicol, ciprofloxacin, ofloxacin, and hydroxychloroquine. Chronic Q fever is more difficult to treat and can require up to four years of treatment with doxycycline and quinolones or doxycycline with hydroxychloroquine.

Q fever in pregnancy is especially difficult to treat because doxycycline and ciprofloxacin are contraindicated in pregnancy. The preferred treatment is five weeks of co-trimoxazole.[15]

Epidemiology
C. burnetii, the Q fever-causing agent
The pathogenic agent is found worldwide, with the exception of New Zealand.[16] The bacterium is extremely sustainable and virulent: a single organism is able to cause an infection. The common source of infection is inhalation of contaminated dust, contact with contaminated milk, meat, or wool, and particularly birthing products. Ticks can transfer the pathogenic agent to other animals. Transfer between humans seems extremely rare and has so far been described in very few cases.

History
Image A: A normal chest X-ray Image B: Q fever pneumonia
Q fever was first described in 1935 by Edward Holbrook Derrick[20] in slaughterhouse workers in Brisbane, Queensland. The “Q” stands for “query” and was applied at a time when the causative agent was unknown; it was chosen over suggestions of abattoir fever and Queensland rickettsial fever, to avoid directing negative connotations at either the cattle industry or the state of Queensland.[21]

The pathogen of Q fever was discovered in 1937, when Frank Macfarlane Burnet and Mavis Freeman isolated the bacterium from one of Derrick’s patients.[22] It was originally identified as a species of Rickettsia. H.R. Cox and Gordon Davis elucidated the transmission when they isolated it from ticks found in the US state of Montana in 1938.[23] It is a zoonotic disease whose most common animal reservoirs are cattle, sheep, and goats. Coxiella burnetii – named for Cox and Burnet – is no longer regarded as closely related to the Rickettsiae, but as similar to Legionella and Francisella, and is a proteobacterium.

Society and culture
An early mention of Q fever was important in one of the early Dr. Kildare films (1939, Calling Dr. Kildare). Kildare’s mentor Dr. Gillespie (Lionel Barrymore) tires of his protégé working fruitlessly on “exotic diagnoses” (”I think it’s Q fever!”) and sends him to work in a neighborhood clinic, instead.[24][25]

Q fever was also highlighted in an episode of the U.S. television medical drama House (”The Dig”, season seven, episode 18).

Biological warfare
C burnetii has been developed as a biological weapon.[26] The United States investigated it as a potential biological warfare agent in the 1950s, with eventual standardization as agent OU. At Fort Detrick and Dugway Proving Ground, human trials were conducted on Whitecoat volunteers to determine the median infective dose (18 MICLD50/person i.h.) and course of infection. The Deseret Test Center dispensed biological Agent OU with ships and aircraft, during Project 112 and Project SHAD.[27] As a standardized biological, it was manufactured in large quantities at Pine Bluff Arsenal, with 5,098 gallons in the arsenal in bulk at the time of demilitarization in 1970. C. burnetii is currently ranked as a “category B” bioterrorism agent by the CDC.[28] It can be contagious, and is very stable in aerosols in a wide range of temperatures. Q fever microorganisms may survive on surfaces up to 60 days. It is considered a good agent in part because its ID50 (number of bacilli needed to infect 50% of individuals) is considered to be one, making it the lowest known.

Other animals
Cattle, goats, and sheep are most commonly infected, and can serve as a reservoir for the bacteria. Q fever is a well-recognized cause of abortions in Ruminants and pets. C. burnetii infection in dairy cattle has been well documented and its association with reproductive problems in these animals has been reported in Canada, the US, Cyprus, France, Hungary, Japan, Switzerland, and Germany.[29] For instance, in a study published in 2008,[30] a significant association has been shown between the seropositivity of herds and the appearance of typical clinical signs of Q fever, such as abortion, stillbirth, weak calves, and repeat breeding. Moreover, experimental inoculation of C. burnetii in cattle induced not only respiratory disorders and cardiac failures (myocarditis), but also frequent abortions and irregular repeat breedings.[31] 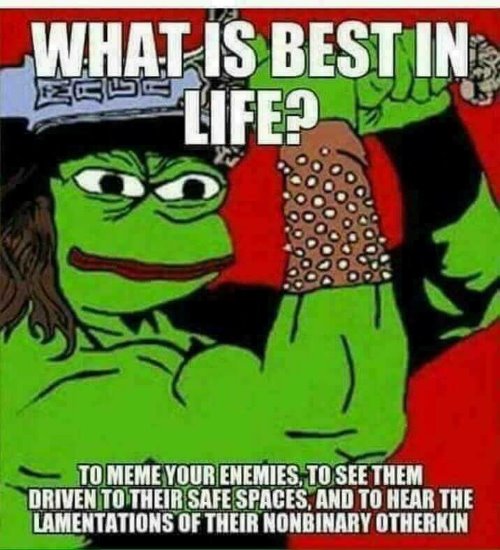 but nailing them in the act after he was sworn in is critical to everything IMO. Fortunately THESE PEOPLE ARE STUPID. TBD + WWG1WGA :)

that’s what I’m thinking, too.

imo, they did a lot of things “on the fly” after the election as they did not expect HER to lose.

so, they had to put it togther quickly & left it subject to STUPID mistakes.

just home durham can pin it on um. 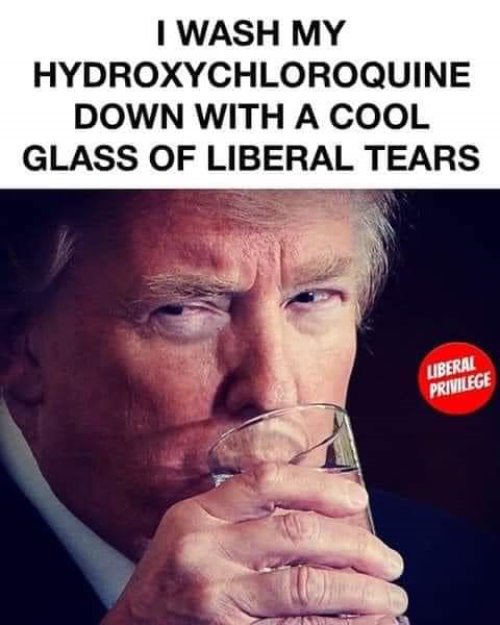 POTUS echoes “Q” on virus being limited to Wuhan in China: “WHY IS THAT IT WAS BLOCKED VERY EFFECTIVELY?”