Repair a bridge
One lane at a time

This in 2937:
Why have there been no arrests?
Why have ‘specific’ dates been mentioned only to see no action?
Define ‘game theory’.
Why must disinformation be provided?
Define ‘open source’.
Define ‘public purview’.
Do we let our enemies walk through the front door?
Define ‘plausible deniability’.
................
Q is reaching out to those who’ve lost hope along the way...and trolls.
WWG1WGA! 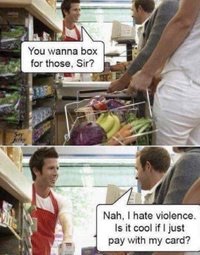 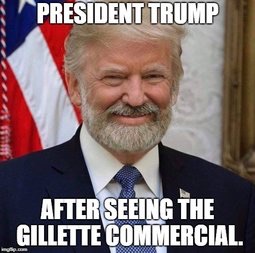 At what stage in the game do you play the TRUMP Card?

1. Games, A card in the trump suit, held in reserve

for winning a trick.

2. A key resource to be used at an opportune moment; a

A trump is a playing card which is elevated above its usual rank in trick-taking games. Typically, an entire suit is nominated as a trump suit; these cards then outrank all cards of plain (non-trump) suits. In other contexts, the term trump card can refer to any sort of action, authority, or policy which automatically prevails over all others.

The English word trump derives from trionfi, a type of 15th-century Italian playing cards, from the Latin triumphus "triumph, victory procession", ultimately (via Etruscan) from Greek, the term for a hymn to Dionysus sung in processions in his honour.

Trionfi was the 15th-century card game for which tarot cards were designed. Trionfi were a fifth suit in the card game which acted as permanent trumps. Still in the 15th century, the French game triomphe (Spanish triunfo) used four suits one of which was randomly selected as trumps. It was this game that became extremely popular in Western Europe in the 16th century and is ancestral to many modern card games.

The English word is first documented in 1529 as the name of a card game which would develop into Ruff and Honours and ultimately Whist.[1] In German, the term is attested as Triumph in 1541; the modern German spelling Trumpf is recorded from 1590.[2] In French, triomphe remained the name of the game, while the trump suit was called atout, from à tout (as it were "all-in").[3] Some European languages (Hungarian, Greek) adopted the French term. Russian; kozyr' is of unknown etymology, possibly a loan from a Turkic source.[4] Polish variously uses atut, trumf and kozer adopted from the French, German and Russian respectively. --Wikipedia

"The designs of playing cards depict the four seasons— spring, summer, fall, and winter. They are symbolic of the four directions— north, south, east and west. The designs represent the four elements— wind, fire, water, and earth. All together or collectively, they exemplify the opposing forces for the struggle for victory or triumph (Trump) in life.">

1,486 posted on 03/03/2019 12:12:30 PM PST by Cats Pajamas (Freedom or Liberty? Which would you choose?)
[ Post Reply | Private Reply | To 1476 | View Replies]
To: grey_whiskers
Can you put up with the liberals in Bozoman, Montana? How is the medical care there? *Beginning early scoping out of places to retire! (cost-of-living) (medical care) (decent groceries) (state taxes) (do they tax social security) (not overrun with jihadists or blue haired SJWs or drugs)

I've found my perfect spot. All of the above plus low crime and excellent hunting and fishing. Good place for vets because there are more of us per capita than any other state. Excellent VA services here too; Convenient even, if you can stand to live in a city of 31K people (Juneau) or even 300K (Anchorage). I've sacrificed some convenience to live in a smaller Island community. Depends on priorities. Nitelife, proximity to a mall or a Walmart are not on my list.

1,487 posted on 03/03/2019 12:12:35 PM PST by Chuckster (Nevermind)
[ Post Reply | Private Reply | To 1445 | View Replies]
To: mdmathis6
”I read some of this Q stuff and I think …non sequitur paranoia crap...
the stuff that people spout which causes them to be medicated by their shrinks.
Then I read Q stuff like this and my hair stands on end and I realize why
God has to at times shake the nations completely from end to end
as the evils that men do become so thickly intertwined and
layered that it is hard for good men to stay good.”

There is a war on to get the truth freed from those that would enslave us.

Is it that hard to imagine that there would be, in addition to any kooks the commotion attracts, agents deployed to make the whole thing just seem nuts?

That’s Not a new tactic. It’s as old as the Deep. State.

Love the deck of cards, Cats!

But that's the idea. Helps MORE THAN YOU KNOW.

I assume it would also help people as they read through the thread, to know which actual post people are posting about, so they can go look at it on qmap if they get a hankerin'.

Build a new one next to it and keep using the old bridge till you can use the new one?

The picture is incorrect the shovel is the square one. A spade is the leaved one. Or so my dad, grandad, grandma, uncles and aunts continually corrected me...

But some are offended over a word or the sight of a naked cheek, while their self serving chit chat chatter clutters the thread far more than any troll, and takes precedence, and that is deemed OK.

Speak at the least common denominator least you offend someone.

Accepting shackles around their ankles they then turn to place shackles on others, while giving lip service about freedom while on a “Premier” Conservative website. Isn’t that what [They] are doing?

FR is the premier 'conservative' site, and as such is subject to unrelenting attacks in many forms from the derpstate. JR has had to jump through a lot of hoops to keep the site up, so in keeping the ability to communicate to those who would never travel outside their safe space is IMO important.

Therefore, I try to follow the guidelines loosely so as not to trigger those (and lurkers) who don't want the full dose. It's a hard line to define, and a few have become frustrated and left the thread. Everyone's loss.

What I don't understand is the passive-aggressive animosity from some FReepers toward the chans, without them there would be no Q. Food for thought, we need to keep the goal of the plan in mind, and live WWG1WGA.

WE HAVE it ALL ... but, there is SO MUCH that it needs a coherent narrative (gag me for using this Marxist expression!).

Instead, let's call it a unified CASE.

The reason is that scatter shooting never brought down a Clinton! Their defense has always been SO MUCH SLIME that none of it sticks.

That's why we need ONE COHERENT, UNIFIED CASE, which I call:
A Treasonous Conspiracy to Unlawfully and Unconstitutionally Seize Control of the Government of the United States of America

So HERE is what Q is putting together for us now:

1. FISA = START. -- This DOES NOT MEAN start of their crines! It means the START of OUR presentation of the CASE.

2. HUSSEIN SPY CAMPAIGN TO RIG AN ELECTION -- Naming the Kingpin. All others are underlings.

3. IMPLICATES HRC -- She is just a participant, not the head of the conspiracy. Just an unemployed politician at this stage. Her crimes are [LL-tarmac], U1 etc.

5. R PARTY ...CORRUPTION IN EFFORT TO RETAIN POWER AND RIG ELECTION -- NoName; probably others; (Ryan?)(What was Ryan offered or threatened with? Another run?)

6. SPYING ON THE PRESIDENT OF THE UNITED STATES -- Actual acts of treason when related to attempted coup d'etat.

9. Admiral Rogers, Bill Priestap and, yes, [RR] are witnesses for the prosecution.

10. MAYBE, at some point, show the recorded videos of Obama being briefed by the indicted spooks and directing all of this treason.

SUMMARY: Our side has to make sure ALL of this is TIED TOGETHER into one giant criminal conspiracy to overthrow the legitimate Government of USA.

that’s how I was raised the spade had the curved bottom to spade the ground and the flat bottom was called the cow sh!t shovel to scrape up the manure when milking

How do you repair a bridge without closing it down?

Q here, I think, referring to our foreign 'allies' in the Fvey countries that he just got through saying how they commited all kindsa attacks on USA.

He's asking how do we repair THAT damage without losing our alliances.

I think the only way would be to attain the cooperation of the alliance governments in REPAIRING THE BRIDGE.

In reviewing one segment of the Trump CPAC speech, where he plainly spoke up about some bad placements, one was that Trump still demonstrably kept Sessions between his teeth and continues to give him a good shaking. In public. (Sessions, in my experience, is the Largest problem Q has.)

I. Is Trump’s pronouncement at CPAC an example of tactical “mis-information”, or a lie, or the hard Truth?

II. Why continue to mention Sessions, in this light, now that he is out of office? (What purpose would it serve, at.this.point?)

I need a proof or two to answer a devoted Republican activist who, over this Major Sticking Point, stopped following Q, because she “Trusts Trump”. She will be in a position of some influence. It could help Q if she is persuaded.

She was “crushed” by the absurdity that Q would cleanse Sessions, and cryptically elevate his performance, at JD, to clandestine heroics. (Solely based on Sessions appointment of Huber.)

I did not discuss Sessions, myself, with this person, because as you know, I also found the Sessions thing to be my only snag with Q. My snag sure as heck wasn’t fatal. With others, however, it was fatal for Q.

That Sessions is held in Favor by Q, but held in emphatic Dis-Favor by the President kind of matters out here in the Red Pill reality. Does this dilemma need to be reconciled?

Good theory bags. I was thinking the media bridge to the people. Also thought about fbi/doj needing repairs on the bridge to justice.