There are numerous Q posts that advise us to “Get Loud” and “Be Heard” and “Fight, Fight, Fight.” We devote time to researching the political game in play to broaden our knowledge of the players and know what to pray for, whom to vote for, and what to tell peers who ask. Our threads host twitter/phone call/email/message campaigns in support of POTUS and to pressure congress and the whitehouse regarding FISA, Kavanaugh, voting, and censorship. Outside of FR we are active in our private lives as voters/conservatives and in spreading the word (get out the vote, what’s really happening, what to watch for, whom to call or email in congress etc.).

Those of us whom believe Q is relaying valid information believe that there is a war going on against an enemy that wants to kill us, starting with infants and children. We’re MOTIVATED. We believe those in office during Obama’s “reign” came within one election (2016) of horrific plans to enslave and destroy us. One election. I haven’t seen that level of motivation on other forum threads (belief this is a present struggle for survival) - I see resignation and angry complaints that nothing will change when I’ve posted phone call/email campaigns in the forum.

We wouldn’t be on this thread, or this forum, if we didn’t think voting is of critical importance; we vote and press others to vote as if our republic depends upon it, because it does. Q drop’s remind us to VOTE, and also to “Enjoy the show.” That’s what leaders do - they work to balance our effort so we don’t burn out and can sustain our effort. Usually they say, “FIGHT! FIGHT! FIGHT!” and sometimes they say, “Sit Back and Enjoy The Show!”

Q knew that establishing an outpost for communication would be hard as we would be ridiculed/rejected by most people we know (in real life and online) and that once established, the optics of the plan would be hard for us to accept; we’ve had to watch and be patient even though we want some scalps (prison/arrests).

We’ve encouraged each other during the difficult parts of the wait (”Stay Together”) while hidden elements of the swamp were being pulled apart in in D.C.. Meanwhile, we were busy vigorously researching (ex. military tribunals, chain of command for recusal, LOAC, etc.). We’ve not been idle - lately I’ve been pinging the contact number for FReeQs to pressure congress to confirm SC nominee Kavanaugh and others are flooding our thread with info.

Q’s advice to “watch the show” and enjoy it came AFTER the hardest parts (for us) were behind us. We still research and communicate the “The Plan” and work to follow the reminders we are given, “Vote” “Get Loud” “Be Heard” “Fight!Fight!Fight!” as well as “Stay Together!” and “Pray.” At some point, we were ALSO advised to enjoy the show as it edged into view.

What’s sanctimonious and insulting is having people who don’t know what we do with our time (here or offline) tell us we’re doing nothing based on one phrase, “Trust The Plan” out of a library of phrases found in over 2000 Q posts; and they accuse of of “doing nothing” though our threads have (at the top) White House and Congress email contact information, inspirational speeches, a massive LexiQon of swamp related terms being written and maintained by our FreeQ and his team, we have a publication (The Oracle) written by another of our FReeQs, and numerous political analysts’ links (Twitter, Youtube, Websites) with titles like, “FIGHT! FIGHT! FIGHT!”

I haven’t seen many Forum threads that continue to field the kind of resources, analysis, research, motivation, and inspiration to “FIGHT! FIGHT! FIGHT!” that ours does, but that doesn’t stop others from targeting our thread as the “big disappointment.” Perhaps you should move thread to thread, ridiculing everyone on it for not “doing enough”; you know, get busy!

Speaking of why Q was necessary to inform Patriots of what was happening, I love this link showing how many people were seeing Q’s information.

So, if you remember the scene from Grease at the drive-in, even though the media won’t report stuff, things flow pretty well by word of mouth.

I am also enjoying the comments below the graphs. This person’s, I LOVE. Haaahaaahaaaaaa.........

“when conspiracy theories get suppressed instead of disproved, my ears perk up.” 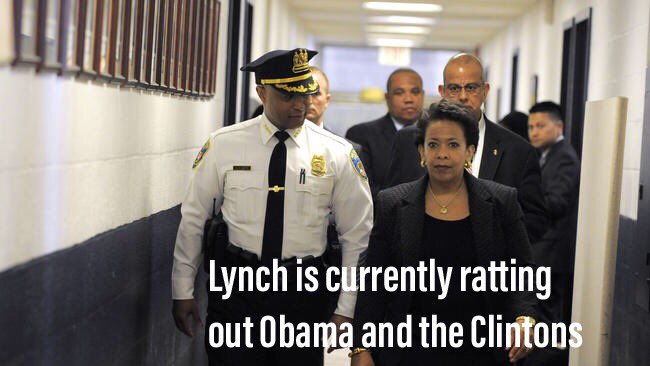 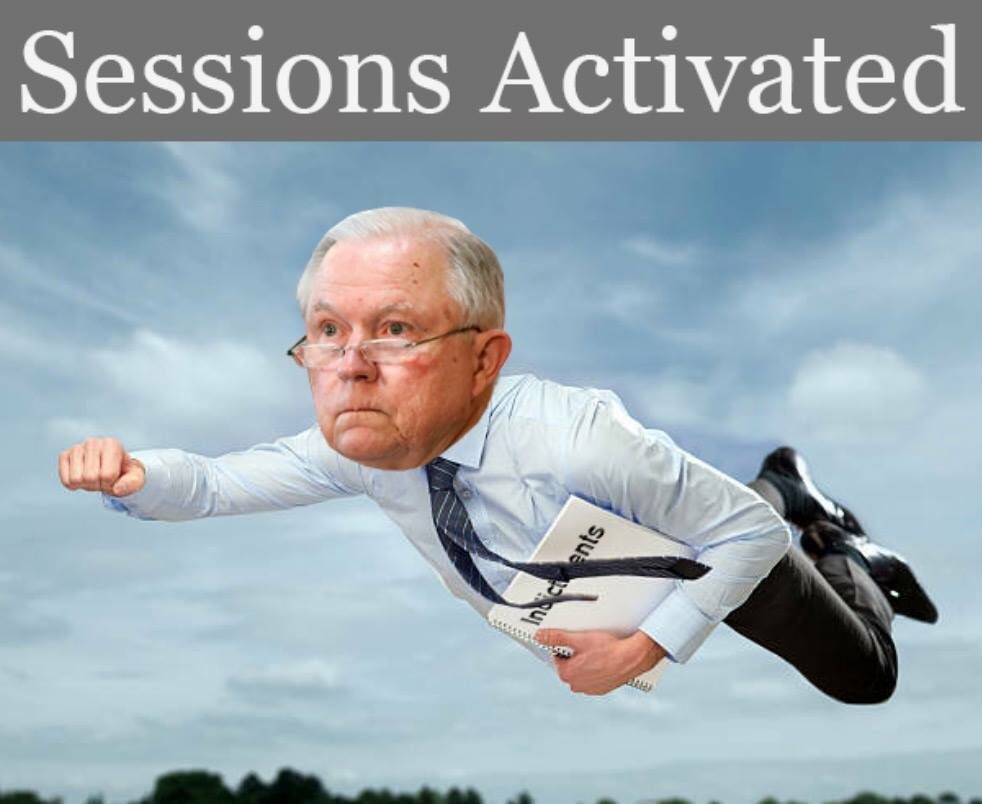 I must admit, I was getting somewhat discouraged with all this Kavanaugh news - until Q posted that the Democrats had offered to "withdraw" their sexual assault blackmail false charge in exchange for President Trump not declassifying the redacted FISA information.

I then realized that Ms. Hyphenated Blasy-Ford garbage is an act of pure desperation.

Another FReeper said it was a pre-emptive strike against any lower court trying to stop his unrecusal.

Tuesday, September 18, 2018
3:55 AM PDT
To explore the Qomplete up-to-date LexiQon,
Qlick on the Q iQon above.
FreeQ Associate Editors:
TexOkie, CJ Wolf, KitJ, StormFlag
83,092 WORDS
~397 PAGES
All on One Very Long Web Page.
Link to List of Notable Resignations
Q Says We Should Watch
IMPORTANT NOTICE
It turns out there is a very good reason why Q
is always saying to re-read the “crumbs” or Drops!
THEY’VE CHANGED! Future DOES affect the Past!
PLEASE VOLUNTEER!
The LexiQon needs editor FreeQs to compare sections of the
LexiQon with the referenced Q drops in the Aggregator Site used to
find anything that may have been amended by Q since the Drop was first put up.
If you can help, please Freepmail Swordmaker so a section of the LexiQon can
be assigned so no FreeQs are duplicating another’s efforts. Thanks! — Swordmaker
.
LexiQon Index
Improved LexiQon Navigation!
Jump Instantly Between Each LexiQon Section!
Symbols & Numbers
A B C D E F G H I J K L M N O P Q R S T U V W X Y Z
Government Officials
who have been fired, resigned,
or who are not seeking re—election
END
Today’s revisions and additions: Revisions and Additions made In the Last LexiQon Update:
49 posted on 09/18/2018 3:55:01 AM PDT by Swordmaker (My pistol self-identifies as an iPad, so you must accept it in gun-free zones, you hoplaphobe bigot!)
[ Post Reply | Private Reply | To 1 | View Replies]
To: bagster; JockoManning
A Plan Was Activated.

(Time for the Required and Long Awaited Renegade Pain!)

Our detractors are welcome to dine on Little Avian Roast Parts any time now.

> “It’s so GD sanctimonious and insulting.”

Then why are you here?

Freepers that follow Q just had last night their biggest vindication in a year. “Trust the Plan” is a rallying cry, a unity phrase.

If you find such phrases so abhorrent, there are plenty of other threads for you to follow and participate in like “I just had something interesting happen to me on Facebook”.

No one forced you to enter this thread.

Seriously, there are many things on the internet and on FR that are to me not worth my time, so I just move on. Why anyone would devote time to something so insulting to them is a mystery.

Good thing you're not sanctimonious and insulting, eh?

Hillary, I keep telling you you’re drunk and to go home.

Do the fake media or even sometimes fake Fox ever mention Q at all? Have they ever? They have mentioned Snowden and Guccifer 2.0, but I don’t recall mentions of Q.

Just heard on Fox & Friends that a Source confirmed to them that POTUS has seen most if not all of the documents he ordered Declassified.

*and that's why she's the Mother of Dragons*

Hey gaijin. What she said. 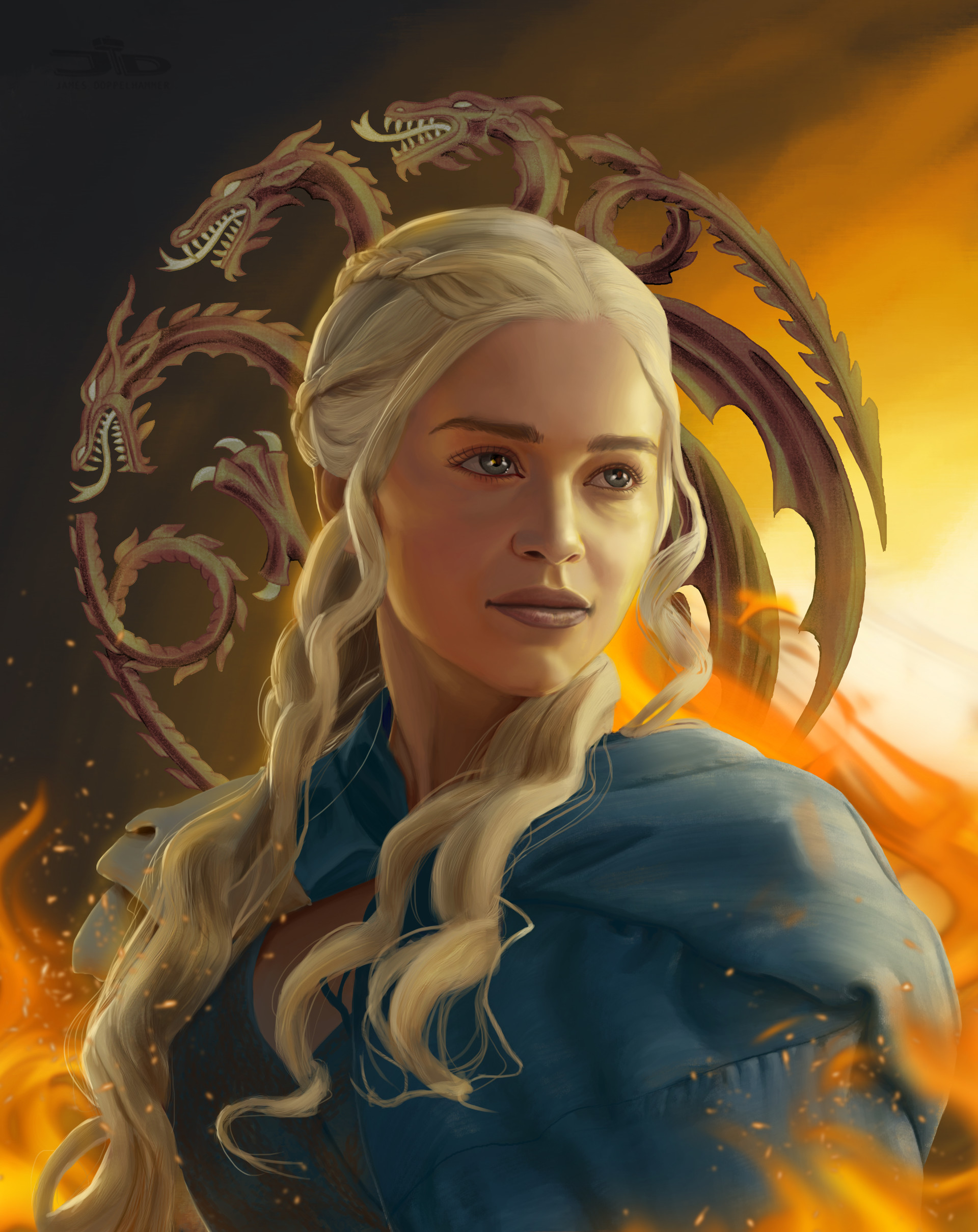