Did you know:
Winston Churchill was born in a ladies' room at a dance hall? 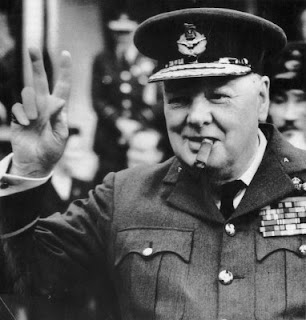 ►If the entire population of China walked past you -8 abreast, PLA-style- , the procession of humanity would never end because of the rate of reproduction (!)

►Peanuts are one of the ingredients of dynamite!

►The average person's left hand does 56% of the typing.

►The cruise liner, QE 2 moves just six inches for each gallon of diesel that it burns.

►A goldfish has a memory span of three seconds.

►A shark is the only fish that can blink with both eyes.

►A snail can sleep for three years.

►An ostrich's eye is bigger than its brain.

►Babies are born without kneecaps. They don't appear until the child reaches 2 to 6 years of age.

►February 1865 is the only month in recorded history not to have a full moon.

►In the last 4,000 years, no new animals have been domesticated.

►No word in the English language rhymes with month, orange, silver, or purple.

►"Dreamt" is the only English word that ends in the letters "mt".

►Our eyes are always the same size from birth, but our nose and ears never stop growing.

►The sentence: "The quick brown fox jumps over the lazy dog" uses every letter of the alphabet.

►The words 'racecar,' 'kayak' , and 'level' are the same whether they are read left to right or right to left (palindromes).

►There are only four words in the English language which end in "dous": tremendous, horrendous, stupendous, and hazardous

►There are two words in the English language that have all five vowels in order: "abstemious" and "facetious."

►"Typewriter" is the longest word that can be made using the letters only on one row of the keyboard.

►The microwave was invented by accident: a researcher walked by a radar tube and a chocolate bar melted in his pocket.

►The winter of 1932 was so cold that Niagara Falls froze completely solid.

►There are more chickens than people in the world.

►Women blink nearly twice as much as men.

.►Almonds are a member of the peach family.

And the bonus: the cumulative weight of all of the ants in Africa weigh more than the sum of ALL the elephants!


Obviously I have no idea if all this is true...
just one of those emails, ya know~

Given that, then what is the first food ever INTENTIONALLY cooked in a microwave?

lol! This is great! Thanks for the break rr

It is impossible for any word to rhyme with any four words that don't also rhyme with each other.

Churchill's mother was at a house party at Blenheim Palace, the principal seat of the dukes of Marlborough, and went into labor during a ball. He was born in a bedroom near the ballroom. The 'ladies room' story apparently started because the bedroom had been used by the ladies for their wraps and jackets, which had to be taken off the bed.

5 posted on 05/24/2011 4:22:32 AM PDT by AnAmericanMother (Ministrix of ye Chasse, TTGC Ladies' Auxiliary (recess appointment))
[ Post Reply | Private Reply | To 1 | View Replies]
To: Reaganite Republican
Not to nitpick but a lunation is the time between full moons. It is a bit more than 29-1/2 days. Since February is 28 or 29 days long it is possible to have a February with no full moon but this must happen more often than once in all of recorded history. I would hazard a guess that it must happen at least once every 400 years.

The rest are pretty cool though

I dunno, but my personal MW first was a soybean burger at the bowling ally in 1972 lol

Excellent to know, I’ll correct it on my site- thx!

Interesting list, but I wonder how much of it has been fact-checked?

BTW kudos for posting the entire article. It was fun to read.

Yep, you’re instincts are right. (Why is it always the calendar/celestial “facts” in lists like these that belie common sense, and in the end, undermine the veracity of the entire list?

According to http://lunaf.com/english/moon-phases/lunar-calendar-2018/, February 2018 won’t have a full moon either, meaning, there will be two blue moons (January & March 2018) in that year.

As a matter of statistics, this should occur once every 29 to 30 years, not taking into account the effect leap years have on it.

14 posted on 05/24/2011 5:13:49 AM PDT by GreenAccord (Bacon Akbar!)
[ Post Reply | Private Reply | To 6 | View Replies]
To: Reaganite Republican
If the entire population of China walked past you -8 abreast, PLA-style- , the procession of humanity would never end because of the rate of reproduction (!)

Nonsense...if they were all walking by me, they wouldn't be procreating.

The word OR is different than the word AND.

Umm, I can think of possible methods. Awkward but feasible, particularly with a large man and a small woman.

The Queen Elizabeth 2 can get anywhere from 40 feet to 125 feet per gallon of fuel.

That was my first thought. If it wasn’t the first, it should have been.