Letter To President Bush Concerning The Nation Of Israel ~
20 August, 2003 | Me

At this point I'm sure you have heard much in regard to the "Road Map" pertaining to the Israeli/Palestinian conflict, but I have to say that as one of your more ardent supporters I am still incredulous that your foreign policy advisors and the State Department think this will have any impact on the situation. Once again, another Palestinian terrorist has blown up a city bus in the heart of Jerusalem, at this point killing twenty, including many children, and injuring almost one-hundred and thirty to various degrees. I'm sure that count will increase. This is no longer tolerable—it is sick.

Do my friends and peers, all supporters of your Administration and your execution of the war on Islamic terrorism, still have grievous doubts concerning the Administration's posture with our close ally, Israel?

We, in defiance of global opinion, just rolled two whole countries that sponsored global and Palestinian terrorism—their stated goal the complete destruction of Israel and the West—yet we coerce, bully, and threaten economic sanctions against this ally, the only one in the Middle East that is a credible ally, to their long-term peril? This double standard is incomprehensible and wrong.

At the urging of an associate, I recently acquired and am working through former senior consultant for the U.S. Departments of Defense and State Yossef Bodansky's The High Cost of Peace, How Washington's Middle East Policy Left America Vulnerable To Terrorism. Even in the first few chapters he details how American foreign policy specialists "misread" and misinterpreted the changing face of the Middle East over the last two decades, including your father's watch. Still, we are making the same grievous errors.

Mr. President, sooner or later, the nation of Israel will not need us. To think that we can "control" events in the Middle East pertaining to Israel; mandating they, as a nation and people, continue to acquiesce to the manipulation and extortion of a murderous terrorist entity in their midst who has no intentions of living in peace with them, while fending off the scurrilous attacks of the U.N. and European Union—"or else," we fool ourselves if we think the Jewish nation will ultimately not choose the "or else." They have seen much worse. This is simply morally wrong, under any circumstances.

As an American I have the comfort of knowing we have the best law enforcement institutions in the world, let alone the ability—and the President with the spine—to float six carrier task groups and support troops and arms around the world to deal decisively with the perpetrators of past terror attacks against our country. Yet, the Israelis are expected to "suck it up" and risk their citizen's lives and national security as Sharon and the Likud relax their grip under extreme American coercion in a very dubious bid to achieve "peace" with an enemy who only sees this as an opportunity to covertly advance their stated destructive goals—the annihilation of the Jewish nation. And that track to simply placate the "Arab street," which is wholly unattainable.

The Palestinian Authority (PA) has given no indication whatsoever of reform, under Abu Mazen or otherwise. Palestinian watch organizations have recorded no change whatsoever in broadcast content or incitement directed against Israel. PA youth organizations have shown no indication whatsoever that they have modified their procedures or leadership in influencing their youth in hating Israel—that, simply for existing. Terrorist sponsoring states in the region who support and bankroll the HAMAS/Palestinian terrorist infrastructure in their war on Israel continue their efforts, while duplicitously declaring otherwise in the international arena. "Moderates" in country are systematically threatened and coerced, brutally silenced, or killed outright.

Mr. President, perhaps you know something my friends and peers don't. Perhaps. Yet, in my correspondence to you dated 11 September 2001, I stated, "... These people who are attacking American interests only understand one concept. Force." It is the same with Israeli self-defense interests; nothing has changed, even in light of the Iraqi victory.

Therefore, if your Administration is adamant with regard to this direction, when those in the Middle East or elements of the global community who hate both us and Israel move again, whether overtly or incrementally, to destroy Israel, I, for one among many, ask that the American nation finally—finally—stand solidly behind our faithful ally Israel with the full moral, political, and military force necessary to secure our mutual freedoms and liberty from our respective enemy's blind, murderous, terrorism.

Outside of that, we support full Israeli unilateralism in securing their families and national security interests from these unconscionable butchers, in the face of global indifference and loathing, as well as our own incomprehensible vacillating on this issue.

As usual, we continue to pray for you, Laura, and the leadership of your Administration in these very complicated and precarious times.

My Deepest Respects and Regards,

I haven't even been through this thing yet; just the first few chapters, and I can already say I highly recommend it to anyone who wants to know the details of American Middle East policy over the last two decades. Many thanks to the FReeper/FReepers who recommended it to me (I can't remember who -- Courier? Alouette?) What an invaluable resource.


Then take the time to write or call President Bush. He needs to hear from us now before the pattern begins all over again. The way this is being handled is an insult to the Bush Administration, and flies in the face of his personal public presentation and position on terrorism up to this point.


Mr. President, do not let this happen, or continue!


If you'd like to be on or off this
Christian Supporters of Israel ping list,
please FR mail me. ~ 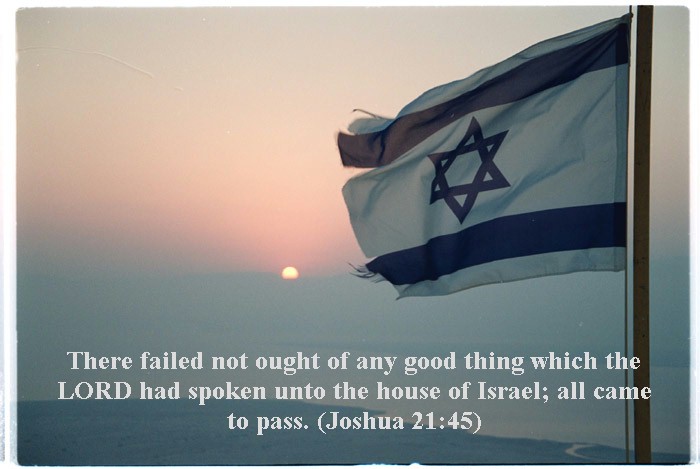 I too once took the time to write my representives... cc:'n others just like you. Some would have their aids respond with a prepared response regarding the particular issue...where the return response was mailed enmasse regarding their current position on the issue to all who wrote either way on the issue...while others didn't bother to respond at all.

10 posted on 08/22/2003 12:31:25 AM PDT by Simcha7 (The Plumb - Line has been Drawn, T'shuvah/Return for The Kingdom of HaShem is at hand!)
[ Post Reply | Private Reply | To 7 | View Replies]
To: Salem
It is hard to have hope after so much apathy towards Israel from our country, but I have to remember that if Harry S. Truman could support the State of Israel, then, all things are possible.

11 posted on 08/22/2003 7:54:57 AM PDT by spectacularbid2003 (War works)
[ Post Reply | Private Reply | To 1 | View Replies]
To: Salem
That is a fabulous letter. How unfortunate to say the least, that past policy in this area has brought us all to a place of NO good answers. The ONLY answer that will benefit and protect us is to unequivocally support Isreal. I remind your President (who I also consider mine since Canada is effectively without leadership of any value at all), that the Bible verse written so many years ago, means the same to day, ie: "I will BLESS those who bless YOU (Isreal) and I WILL CURSE those who curse you (Isreal)"!! Can't get much clearer than that.
12 posted on 09/13/2003 3:49:13 PM PDT by Canadian Outrage (All us Western Canuks belong South)
[ Post Reply | Private Reply | To 1 | View Replies]
To: Salem
Therefore, if your Administration is adamant with regard to this direction, when those in the Middle East or elements of the global community who hate both us and Israel move again, whether overtly or incrementally, to destroy Israel, I, for one among many, ask that the American nation finally—finally—stand solidly behind our faithful ally Israel with the full moral, political, and military force necessary to secure our mutual freedoms and liberty from our respective enemy's blind, murderous, terrorism.

Outside of that, we support full Israeli unilateralism in securing their families and national security interests from these unconscionable butchers, in the face of global indifference and loathing, as well as our own incomprehensible vacillating on this issue.

Well said, I second the motion.