IN THE SISKIYOU MOUNTAINS, Ore.

We had a Bigfoot type creature in my Indiana home town when I was a kid...His name was Mo-Mo!

Anybody ever REALLY see a Bigfoot?

Click here to hear Bigfoot howl (and do other nasty things).

Really? Like figments of people's imaginations or real flesh (fur)?

I have an exwife this guy needs to talk to...

If you want on or off this list, please let me know!
This has come about after much badgering by you, my friends and extended family...
10 posted on 11/01/2002 5:56:27 PM PST by mhking
[ Post Reply | Private Reply | To 1 | View Replies]
To: humblegunner
ROTFLMAO.
11 posted on 11/01/2002 5:57:56 PM PST by weikel
[ Post Reply | Private Reply | To 9 | View Replies]
To: Physicist; All
I personally do not believe in the existance of Sasquatch/bigfoot/yeti etc, but there is a wee chance it might be true. After all for many years explorers thought that the Mountain Gorilla in Africa and the Orangotang in Asia were figments exuded from the superstitious imaginations of the natives, but to their chagrin both gorillas and Orangs came to be real. Hence there is a slight chance that Sasquatch exists. As for the lack of bodies it is really not that often that someone out in the woods comes upon a bear carcass! Hence it is within the realm of probability that a rarer species like Sasquatch (if it exists) would have an even harder likelihood of a carcass been discovered! A good example is stray cats! Unless they get run over by a vehicle one never finds their remains after their demise. Hence lack of body evidence does not necessarily mean no creature.

However my personal theory is that maybe what the BigFott 'witnesses' have seen is either a prank, or might be an escaped pet goreat ape (ranging from an orang to a gorilla ....maybe even a large gibbon)! After all the gorilla is a creature that is unlike any found in the States, and maybe confusion could come from a sighting.

And although a wild gorilla running free in North America may seem absurd at first, remember that in Britain there have been reports of Lions, Leopards and 'mystery cats' stalking he wild countryside and killing sheep! On top of that some have actually been caught, and to the surpirse of naturalist turned out to be 'amalgamations' of two cat species (eg when a Male lion and a female tiger mate they produce offspring called a Liger which is larger than a lion or tiger; and when a male tiger and a lioness mate they produce a Tigon. Do a search on them ...especially the Liger. Interesting). Anyways the British cats were not Ligers or Tigons, but there were several Leopards, and some Leopard/Cougar combinations! The leopards were especially bad for the sheep farmers since leopards have a penchant for slaughtering for pleasure (they are the only cat species that does that, and int heir native Africa they are feared more than the lion). Hence if exotic Wild cats can be found in the UK there is a chance a gorilla could be lose in North America.

Anyways i would say Sasquatch is merely wishful thinking. Or it might be an escaped ape. However i doubt there is actually some hominid bipedal creature chilling out in the woods!

It is possible, but at the same time highly improbable. 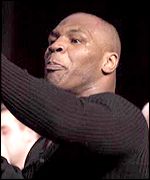 14 posted on 11/01/2002 6:18:34 PM PST by ErnBatavia
[ Post Reply | Private Reply | To 1 | View Replies]
To: cactusSharp
Yeah, I've heard about those tests. But nothing ever made me think it was anything more than an unidentified animal of some sort...Not a "Demon". And besides, why would some kind of demon leave any evidence?

But we DO - we call them "wiccans"

To answer your question, a psychologist from Grants Pass tells the most credible tale of a bigfoot encounter (near Oregon Caves last year) that I've ever heard. Hey, Hillary got elected senator..anything is possible!