Navigation: use the links below to view more comments.
first previous 1-20, 21-40, 41-60, 61-80 ... 221-237 next last
To: jalisco555
This is a bunch of crap. I've owned Glocks and many other guns for years, and never had an accidental discharge. If this probation officer keeps shooting his ceiling, he needs to surrender his weapon until he gets proper training and qualifies to carry it. Guns dont "just discharge"; careless people are always at fault. Fools who shoot their own ceiling just give credibility to anti-gun nuts who want to disarm everyone.
21 posted on 08/07/2002 6:54:14 AM PDT by Astronaut
[ Post Reply | Private Reply | To 1 | View Replies]
To: jalisco555
Glocks are fine.

A Glock is a safe weapon, Cominolli said, but only if the person handling it knows how to use it. If the gun is unloaded in the wrong order, for example, a round of ammunition can be left in the chamber without the user realizing it, he said. With no manual safety, the gun will fire if the trigger is pulled.

1. I never use safeties because they lock you at the wrong time, and they do not work at the wrong time. Except if you are a 1911 type on alert cocked and locked, I see no use of the safety in Glocks, just keep it in DA mode and things should be fine

2. All semi-autos can have a round loaded while the magazine is out. So duh! When making sure a round is not chambered, one looks in the chamber, not in the magazine by removing it.

This article seems like bull and I smell a media/law suit going on.

22 posted on 08/07/2002 6:55:05 AM PDT by lavaroise
[ Post Reply | Private Reply | To 1 | View Replies]
To: jalisco555
I'll stick with my Browning HP. Ambidextrous thumb safety, and will not fire with the magazine removed. And it's single action, you have to manually cock the first shot. Overall, a real safe pistol. I juust wish I could get it in .45
23 posted on 08/07/2002 6:57:27 AM PDT by DETAILER
[ Post Reply | Private Reply | To 1 | View Replies]
To: shekkian
Typically the answer is no. Reason being that the department has liability for the weapon under the rule of respondiat superior. That is, anything the officer does is also the departments fault.

I own and fire a wide variety of handguns and have to agree with all the posters that eloquently deride the training of these careless officers. The Glock may not be pretty, but it is durable, accurate, easy to work on, and reliable. I have pumped hundreds of rounds through mine (plural) and have never had serious problems except with crappy remanufactured ammo that was loaded to hot.

THE GLOCK ROCKS.
24 posted on 08/07/2002 6:59:11 AM PDT by WilliamWallace1999
[ Post Reply | Private Reply | To 10 | View Replies]
To: jalisco555
Some of the events depicted in this article may intentionally not be accurate to save face for the idiot who accidentally discharged his weapon.

I carried the Glock 17,as part of my previous employment.

None of my Buddies or I have ever had any problems with our issued weapon.

25 posted on 08/07/2002 7:01:42 AM PDT by gitmogrunt
[ Post Reply | Private Reply | To 1 | View Replies]
To: shekkian
It depends on the department's policy. My PD mandates all officers carry issued weapons; personal backups may be carried after approval by the armorer and range qualification, but the issued firearm MUST be carried.

We use a S&W semi-auto (665??) that doesn't fire when the clip is removed (although there is a way to reactivate the gun with a carefully placed pen in the receiver). This feature was deemed essential after one of our guys was shot and killed with his own revolver after a struggle with a crazy guy: if you are in a fight for possession, you can press the clip disengage button and let him take the piece, them beat him sensless with your stick.

"Even with good training, people forget," he said. "And guns are not forgiving."

What exactly do they forget? To not pull the trigger? Or is it the ever-so-complicated idea that the chamber loads from the magazine, so one should remove the magazine before clearing the chamber?

If the people are too stupid to realize how an autoloader loads, they shouldn't be issued weapons, or be allowed to drive a car, or operate a toaster.

27 posted on 08/07/2002 7:02:10 AM PDT by SoothingDave
[ Post Reply | Private Reply | To 1 | View Replies]
To: jalisco555
I LOVE both of my Glock's, but I can see how this sort of thing happens. I'll admit that when I bought my first one, a model 19 back in '89, I was somewhat intimidated by the fact that there was no safety other than the trigger release. I got used to it, and the fact that the Glock, in condition one, was ready to fire and it would be quite easy if you dropped your awareness for only a split second to accidentally discharge it. After I got past the initial intimidation, my second Glock, a model 27, was a no brainer, and I carry it every day.
28 posted on 08/07/2002 7:06:23 AM PDT by Space Wrangler
[ Post Reply | Private Reply | To 1 | View Replies]
To: jalisco555
Sad, sad state of affairs. Let's arm a bunch of people and then fail to bang the basics of handling ANY firearm. I feel safer already.

I picked up a Glock because I was in the middle of a bad situation and a friend of mine, who has worked on and used all types of firearms, told me that it was hands down the best to use in my situation. It's been a few years and I love having my Glock.
29 posted on 08/07/2002 7:06:23 AM PDT by zx2dragon
[ Post Reply | Private Reply | To 1 | View Replies]
To: FOL(iberty)
Keep your freakin' finger off the trigger

A-men brother!! Anyone who uses a Glock has to adapt to this.

Every firearm is loaded. I don't care if I put it down 10 seconds ago, when I pick it up, I check to see whether or not it is loaded. On a semi-auto, this includes checking to see if a round is chambered.

Only point firearms at things you intend to shoot, when you pick up the beer, put away the guns, teach your kids how to handle firearms safely, and you won't have any problems.

"We took a look at what went on," Czaplicki said. "We had a group of people look at it. It raised some red flags."

The firearms instructor is still teaching probation officers, said Czaplicki, who would not identify the instructor. 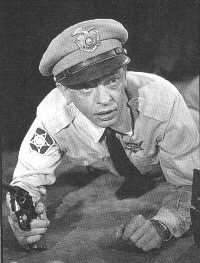 I asked for a Glock, but they would only give me this revolver and one bullet.

34 posted on 08/07/2002 7:13:57 AM PDT by StockAyatollah
[ Post Reply | Private Reply | To 17 | View Replies]
To: jalisco555
Treat all guns as if they are loaded at all times. Never pull the trigger unless you intend to shoot something.
35 posted on 08/07/2002 7:16:25 AM PDT by E. Pluribus Unum
[ Post Reply | Private Reply | To 1 | View Replies]
To: Astronaut
There was a thread a while back where some of those chatting mentioned that there is no such thing as an accidental discharge. They claimed that they are all "negligent discharges". From what little experience I have with handguns and what I've heard about most "accidental discharges", they're right about negligence. A weapon won't fire without some type of action outside itself.

When I took my first safety course relating to semi-autos, it was pounded into our heads, magazine out first, clear the round from the chamber next.

36 posted on 08/07/2002 7:17:20 AM PDT by IYAS9YAS
[ Post Reply | Private Reply | To 21 | View Replies]
To: jalisco555
The macho, “I'm a gun expert” attitude of Glock supporters is usually dampened by a negligent discharge. The fact is, Glocks are less safe than a revolver. Why? Glocks have less trigger pull than a revolver. At least with a revolver the user fells the trigger coming back. With a Glock, the trigger can easily be pulled.

Because Glocks are drop safe, meaning that they can be dropped without discharging, people call them “safe”. Most automatics have that feature and most modern revolvers and many older revolvers do as well. That isn’t much of a bragging ight.

Glocks have no personnel safety. They have no manual locking safety nor a magazine drop safety. They also require a convoluted method to clear them. Negligent discharges are far more frequent with Glocks. Of course, most Glock users claim to be experts until they shoot their foot off.

I don't know why some people find them so difficult.

Another triumph of outcome-based education, I'd wager. For example, how the officer feels about gun safety if more important than actually acting in the appropriate manner. I mean, the officer was entitled to feel safe, now wasn't she? How can we be so judgemennnnnnnnnnntal?

I am aware of at least two people with S&W autopistols killed when the magazine release of their handguns was inadvertantly bumped or depressed when hurriedly grabbed, and the magazine safety functioned exactly as designed, leaving them with a nonfunctioning handgun while an adversary killed them. That's not to say that I wasn't fond of the sweet little S&W M39 autoloader I carried as an armored car courier/driver and gun guard...after the magazine safety was disconnected.

But I'm much more displeased with other cgharacteristics of the Glocks, including their rifling profile unsuitable for unjacketed lead bullets, their unsuitability with reloaded training ammunition, an unfortunate tendency of some models to fire before the breech is fully locked up, and the *phase three* malfunction in which a glock will sometimes try to rechamber a fired case before it's fully ejected from the weapon, usually jamming the action pretty good.

I've still got a Model 17, the original version first introduced by Gaston Glock, and as used by the Austrian, Norwegian and Israeli military. But I'm under no illusions that it's perfect or *absolutely* reliable, any more than any other bit of machinery can be. It'll do, if I do my part.