Trump’s Greatest Accomplishments Are What He Hasn’t Done
The Federalist ^ | October 21, 2020 | Molly Hemmingway When President Donald Trump returned from Walter Reed Hospital, where he was being treated for COVID-19, he landed on the White House lawn in Marine One, walked up to the White House, scaled the steps, and waved from the balcony. It was a beautiful scene for tens of millions of Americans who had spent days in prayer for their president.

The media reaction was beyond hysterical. Some said that Walter Reed had destroyed its reputation by taking in a sick patient and returning him healthier. The Washington Post’s Jennifer Rubin sought to defund the hospital because it had done its job. Angered by his triumphant and quick return to the White House, they said the scene was reminiscent of dictators. NBC News’ presidential historian Michael Beschloss tweeted:

Others put out some royal family pics on their own balcony to dispute the claim balcony scenes aren’t in non-authoritarian countries. What’s most interesting about the Resistance’s pornographic dreams of authoritarianism is that President Donald Trump is one of the very few executives in the entire world who has not taken advantage of the latest global pandemic as an excuse to seize control.

Foreign leaders across the world have treated the coronavirus as an opportunity for unprecedented power grabs. China and South Korea track their citizens digitally. Israel suspended some courts. Hungary’s executive seized emergency authorities. Elections were delayed.

Domestically, governors banned children from going to school, banned people from going to church, and closed businesses for weeks and months at a time. Mask mandates were issued. Family gatherings were banned. Tracking of sick individuals was pushed.

But not Trump, the one the media constantly claim will do these things.

At no time has any member of Big Media raised significant concerns about the violations of Americans’ constitutional rights, governors’ power grabs, or the risks posed to democratic governance. In fact, the media have gone after Republican governors who were less restrained in their violations of citizens’ rights, claiming they were bloodthirsty monsters. “Georgia’s Experiment in Human Sacrifice,” was the headline of The Atlantic’s article claiming that Republican Gov. Brian Kemp was overseeing, well, human sacrifice, by not using his power to shutter businesses more.

Ben Shapiro put out a video explaining why he’s voting for Trump this year after not having voted for him in 2016. In the middle of a litany of policy successes, he said, “He’s resisted using the federal government to control everybody’s life during COVID. That’s a big thing. This is the biggest government power grab during my lifetime, and Trump refused to do it.”

Keep in mind that much of the hysteria surrounding Trump has been based on unsubstantiated claims and predictions that he would seize power to accomplish his political goals and to punish his enemies in the press and elsewhere. Not only did he not do that in the three years before the coronavirus pandemic hit the world, he didn’t do it even when most other global leaders were using it as an excuse to expand their powers.

The left keeps claiming, all evidence to the contrary, that Trump is going to seize power.

Historian Timothy Snyder provided a great example of the histrionic claim this week in Salon. “Obviously, we are in a slow-motion Reichstag Fire right now. That is what is happening. Donald Trump is not as skilled as Hitler. He doesn’t work as hard as Hitler. He doesn’t have the same level of confidence as Hitler, but he’s clearly looking for that Reichstag Fire emergency. Trump tried to make Black Lives Matter into that emergency. ‘Antifascists’ and ‘thugs’ and ‘law and order’ and so on is part of that effort. Donald Trump keeps trying to make the Reichstag Fire work,” Snyder claimed, without evidence.

As “Alice from Queens” put it, “Timothy Snyder, in Salon, is insane. Trump was handed the mother of all Reichstag Fires — COVID-19 — and never came close to seizing emergency powers. The beef is that he failed to exercise authority! Has a major historian ever been blinder to the plainest refutation of his thesis?”

That Trump also responded modestly to the BLM riots that destroyed the downtowns of cities across the country further shows how wrong the establishment has been. Many Americans — in fact most, according to polls — were supportive of him sending in the military to quell the riots. He abstained. As Portland was rocked by continuous months of riots, federal agents protected some federal property and personnel briefly. Some Reichstag Fire response!

Both of the previous two presidents were elected in part by a promise to move away from interventionist foreign policy. Both clearly failed. President George W. Bush campaigned on a promise to not nation-build. Instead, he launched a war against Iraq, notably mostly for its many years of nation-building that followed.

President Barack Obama campaigned on a promise to stop endless wars. The military-industrial complex had other ideas, including launching an invasion of Libya and using drone strikes even on American citizens abroad. Awarded an aspirational Nobel Prize in the hopes he wouldn’t govern like his predecessor, Obama’s military campaigns included Yemen, Syria, and Somalia.

After successfully ousting Muammar Gaddafi through regime-change operations, Obama turned his attention to regime change in Syria. Secretary of State John Kerry admitted that the Islamic State was allowed to rise because the United States thought it a possibly useful development to help overthrow Syrian President Bashar Assad. Then it grew out of control.

Obama handed down to Trump more areas of conflict than he inherited from Bush. Like Obama, President Trump has utilized military strikes, albeit in a limited fashion. Nevertheless, he has invaded no new countries and worked steadfastly to end the two-decade-long war in Afghanistan.

He has done this under immense pushback from the military-industrial complex, including having a secretary of defense who falsely claimed for years to be moving to end the Afghanistan war, leaks from defense agencies pushing to keep the war in Afghanistan going, and a media complex in bed with high-level military officials who seek Trump’s ouster.

One of the easiest ways to get favorable treatment from the media and other establishment figures is to launch a new war, even as many Americans pray it doesn’t happen. No president has had as much pushback from the media and other elites as Trump has, and yet he didn’t succumb or take the personally easy way out of trading American lives and dollars to launch a new war. Trump’s resistance to this pressure is noteworthy.

All politicians make campaign promises. Usually, they not only fail to uphold them, they outright turn against them. President George H.W. Bush’s pledge of “Read My Lips. No New Taxes” was followed by a career-ending tax hike. The promises not to launch new wars or nation-build other countries were likewise met by complete turnarounds from George W. Bush and Obama. All Republican presidents have disappointed conservatives in their judicial nominee picks.

Trump campaigned on pledges to improve the U.S. economy, nominate solid judges, reorient U.S. foreign policy by avoiding global interventions and taking on China, and fight on behalf of Americans who had been ill-served by the D.C. establishment. Voters are used to Republican candidates in particular forgetting their campaign promises. Trump hasn’t forgotten them.

With tax reform, tax cuts, and unprecedented deregulation, the Trump administration helped oversee amazing economic improvements, including job and wage growth among all Americans. He has gotten hundreds of federal judges confirmed, including solid Supreme Court justices. One of those battles required amazing fortitude.

The difference in conventional wisdom on how much the United States should take from China is stunning from just four years ago when most of the establishment was extremely cozy with the foreign adversary. Against major pushback from the military-industrial complex, Trump has stuck to his policy to end the nearly two-decade-long war in Afghanistan.

Whether it’s not seizing power at a time nearly all other executives have, not launching wars in the manner of his predecessors, or not ignoring the campaign promises he made, some of President Donald Trump’s greatest accomplishments are what he hasn’t done.

“Historian Timothy Snyder provided a great example of the histrionic claim this week in Salon. “Obviously, we are in a slow-motion Reichstag Fire right now. That is what is happening. Donald Trump is not as skilled as Hitler. He doesn’t work as hard as Hitler. He doesn’t have the same level of confidence as Hitler, but he’s clearly looking for that Reichstag Fire emergency. Trump tried to make Black Lives Matter into that emergency. ‘Antifascists’ and ‘thugs’ and ‘law and order’ and so on is part of that effort. Donald Trump keeps trying to make the Reichstag Fire work,” Snyder claimed”

Was this a contest to see how many times he could get the term “Reichstag Fire” into a paragraph? Good grief! Talk about obsessed.

Another great article by Mollie Hemingway! I can’t wait to vote for Trump & Pence again!

I listened to maybe 40 people call in and say, they did not trust Trump to be conservative and did not vote for him in 2016, most wrote in Cruz or voted for Gary Johnson. All were conservative R's who did not trust the loud mouth from NY. All of them are voting for Trump now, due to his promises kept. One caller even said, he drove 7 hours to see a Trump rally last night, "to break" the media narrative.

8 posted on 10/21/2020 7:02:10 AM PDT by conservatism_IS_compassion (Socialism is cynicism directed towards society and - correspondingly - naivete towards government.)
[ Post Reply | Private Reply | To 1 | View Replies]
To: Kaslin

PDJT is not a Nazi=erator power seizer as most leaders of the free world, including Canada’s Justin Trudeau, France’s Macron and all the rest.

I am so very proud of our President in this regard.

We have nothing to fear but fear itself.

May Divine Providence guide our course!

Damn the torpedoes, full speed ahead!

Pocono, that “illustrates” a limitation of illustrations.

How do you illustrate such wide and aggressive inaction?

You’d have to do it by contrast with a person who did everything that Trump has steadfastly refused to do. FDR, perhaps . . .

11 posted on 10/21/2020 7:20:12 AM PDT by conservatism_IS_compassion (Socialism is cynicism directed towards society and - correspondingly - naivete towards government.)
[ Post Reply | Private Reply | To 8 | View Replies]
To: Kaslin

Molly Hemmingway is one of the few good journalists around these days.

The entire TRUMP EPISODE has been
DEVINE PROVIDENCE.

Our nation’s motto:
IN GOD WE TRUST

What we have seen/experienced confirms
why this is our motto. Keep it strong; shout it
loud.

Yes, it’s definitely a challenge for memes if it’s a negative action. I really like Molly’s analysis.

PT is at the end of the campain coming back to where he started. Nationalism, and corruption.

18 posted on 10/21/2020 2:16:33 PM PDT by cowboyusa (America Cowboy Up)
[ Post Reply | Private Reply | To 10 | View Replies]
To: Quality_Not_Quantity
“balcony scenes like countries with authoritarian systems”
Like the Pope and his balcony scenes? (not accusing; just the first balcony scene that came to mind)

I was thinking of this guy: 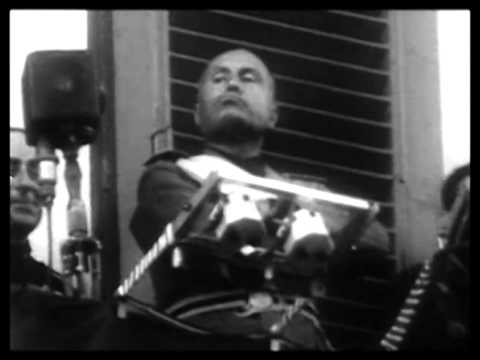