With most DC speculation now placing the timing of the IG report on FISA abuse likely around September or October, this is a both a reminder of sorts and a warning of sorts.

August 31st, 2020, shuts the historic window for any prosecutorial action involving the DC system that circles politics. By custom, the 60-day window surrounding any DC election has historically been considered off-limits to avoid the appearance of election interference. With that in mind we are rapidly approaching a one year countdown at the end of August.

Here’s the list of material possible for declassification, and the intelligence offices who hold custodial authority over the compartmented documents. This was the original list as outlined in 2018:

TOPICS: Crime/Corruption
KEYWORDS: barr; fisa; ighorowitz; igreport; mueller; spygate; sundance Navigation: use the links below to view more comments.
first 1-20, 21-40, 41-60, 61-63 next last
I've posted all the text, but not all the links, so if yo want those go to the Conservative Treehouse site.

The clock is running. The Deep State tactics surely include "run the clock out" as one of their main weapons.

September would still leave time, but not much, to go from IG accusations to indictments.

I’m tired of reading about the IG report. We’ve heard about it for about a year, and yet we haven’t seen anything. What happened to Dunham, is he actually doing anything, or is he just another IG dragging his feet and giving us nothing? 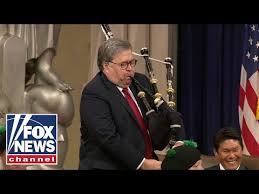 Have we been played? I am beginning to think if there was anything of consequence there, it would have been released. BTW, I hope I am wrong but suspicions grow stronger as each day passes with no news. It was supposed to have been released 6 weeks ago

Delay after delay with the DOJ having all the authority. There is no comfort in letting anyone other than President Trump make these decisions.

Yes. barr is a bushite and jeb supporter. I doubt they realize how little faith I, and I suspect many Americans, have in the government security in investigative agencies. They may think this is of little consequences, but I suspect it is going to come back and bite them big time in the future.

WTF? What ever happened to justice for the American people? Who are these people working for? Themselves? The One-Worlder Deep State?

The IG report has been promised ever month for well over a year. Give it up. It’s the Great Pumpkin. These MFs all skate.

I think they are just trying to run out the clock on all this stuff hoping that President Trump is not re-elected.

I still believe in the old adage, “TIMING IS EVERYTHING,”
but my patience is running out.

I fully realize that more information is coming to light with almost every passing day, but reports can be amended, so IG Horowitz needs to release his ASAP.

I have lost faith in Barr, unfortunately.
The FBI & DOJ will never be held to the same standard as the regular people are.
Those SOBs tried to steal the votes of 63 million people and there have been very little consequences.
Barr is either covering up for those crimes or is ignoring them.
Remember the criminality of these maggots when you next have jury duty.
If the ‘best’ of the FBI are lying scum no law enforcement person can be trusted.
Obama did this...

The last report by Horowitz was a complete white-wash with no consequences for any of the documented wrong doing.

I have expected nothing less from him again this time and he continues to live down to my expectations. The delays are just to drag out the process to help ensure nothing will happen to the perps.

Imagine how this will ALL disappear — as though it never existed — if Trump loses this election.

THIS is the strategy now. Run out the clock. Everyone attached to this should hang, but the ultimate tragedy is, it will likely never happen.

What about Andrew McCabe who was referred??? You’d think Barr would at least throw us a bone and put McCabe in prison.

Yeah Dunham was supposed to be a hard hitter, no nonsense type. His coming on board teamed with Barr was going to be a hard hitting team. Initially I was optimistic that they would get to the bottom of all this BS in short order. Now I'm beginning to think this is the old run out the clock tactic ... used so frequently by the swamp critters that inhabit our Nations Capital.

I think they ARE trying to run out the clock (hoping Trump is not re-elected). However, whose election is this going to impact? Comey and McCabe are not running for office (that I have heard).

DOJ and FBI are corrupt...

This book isn’t necessarily only about police brutality but it seems to mainly focus on government corruption and corruption within the criminal justice system as a whole. You can take everything he says in this book and research it for yourself. You’ll find that not only is everything he says true but there isn’t a bit of exaggeration or spin to fit any kind of narrative. He tells it how it is and simply presents the facts.

It definitely opened my eyes and changed my opinion on a lot of things. He states multiple times through the book that not all cops are bad and that most are actually good people that just want to do what’s right. He makes it very clear that he is only talking about specific instances of abuse of power and blatant disregard for constitutional rights or even human life. There are no generalizations in this book, only facts and stories about specific individuals and situations.