For over 20 years, I have illustrated the absurd with absurdity, three hours a day, five days a week. In this instance, I chose the wrong words in my analogy of the situation. I did not mean a personal attack on Ms. Fluke.

I think it is absolutely absurd that during these very serious political times, we are discussing personal sexual recreational activities before members of Congress. I personally do not agree that American citizens should pay for these social activities. What happened to personal responsibility and accountability? Where do we draw the line? If this is accepted as the norm, what will follow? Will we be debating if taxpayers should pay for new sneakers for all students that are interested in running to keep fit?In my monologue, I posited that it is not our business whatsoever to know what is going on in anyone's bedroom nor do I think it is a topic that should reach a Presidential level.

My choice of words was not the best, and in the attempt to be humorous, I created a national stir. I sincerely apologize to Ms. Fluke for the insulting word choices.

The communist regime should send her G-spot wrapped in a G-string to G-itmo, complete with all the pills and condoms she desires.

This will be a hell of a lot cheaper than a $3/4 mil soccer field.

I bet that 0b0z0's terrorist friends would unanimously vote for this solution.

Your post is absurd and makes no sense. The anointed one is obama according to Hannity. Your attempt at dissing me falls very short.

With this, I’d love for Rush to pull up the nasty stuff Maher said about Sarah Palin and ram this up Obama’s flat rear end until he makes his SuperPAC disgorge its contributions from a liberal who falsely used words worse than those Rush used regarding Palin. Phony Soldiers all over again.

Well, he did say that very first time, "Okay, she's not a slut" but went on to describe her as "round-heeled."

You know, though, as I was growing up, anyone who behaved with what Fluke described as seemingly normal behavior was a slut. All this means is that general society has become more degenerate.

Just some humble questions. Wasn’t the hearing about freedom of religion, and a Govt. dictating that a religion must behave in a way that violated it’s belief’s? Wasn’t Fluke denied a public “on the record” rant, because it was an attempt to pivot the argument from freedom of religion to denial of contraceptives? Wasn’t this entire story just a calculated leftist political ploy? Alinsky like subterfuge?
If those facts are something we can agree on, then why are conservatives playing the game at all? The less said, the more the ploy fails.

Never apologize to the left.

It is utterly self defeating to do so.

This was a setup and Rush fell for it hook, line and sinker. 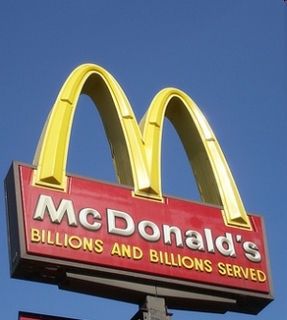 Pretty good “apology.” He apologized for the word choice in the analogy while totally standing by everything that he had used it to illustrate.

This is because far more people on the left literally train for these government/political gigs their whole lives. They go to school for it, they hone political skills for years preparing themselves for it. They are aware the agenda they push often runs contrary to traditional values, so they practice how to manipulate the public and how to otherwise go around the people when necessary.

Far more conservatives, on the other hand, only do the politics thing as an afterthought after a successful career actually achieving something in private business.

Like or not, politics is an art. A good politician has a certain set of skills they are either gifted with or learn through a lot of practice. Electability matters, no matter how much we wish it didn't. The left simply understands this far better than we do, put more time into than we do, and keep cranking out more and more polished politicians than we do. Most people are followers, they do not understand politics, they do not really revere constitutional principles. They are easily suckered and the left are masters at fooling the masses, addicting them to programs and winning their votes again and again.

The leftists are all on the #standwithsandra tag on Twitter now saying that his apology “isn’t good enough”. Shocker.

(I never remember President Alinsky apologizing to Americans for calling them “Teabaggers” or Biden apologizing for calling Republican members of Congress, “terrorists”...)

I have selected "strumpet".

There’s a lot of things he won’t touch.

He’s an entertainer, might as well wear a rhinestone suit.

Clear Channel most likely FORCED him to do it, though he would never admit it.

Sponsors pulling ads from Clear Channel, NOT from Rush's fear of losing sponsorship for his Show.

We've absolutely caved to Marxist tactics, and there really will be no return of the USA, until the next Revolution, I'm afraid.

3 Generations of indoctinated youth, from Liberal-Progressive "teachers" has sent the USA over the Marxist edge.

You guys couldn't be more wrong. He was the one who was able to make them look absurd. In the end, he apologized for word choice but not the criticism he used the words to make. Think just a little bit guys.

True, but the left would lose more often without media support. Most folks think the slut is a typical GU student, few know she’s a radical plant.

Monday when I get to work I’m going to tell a woman that was defending the slut that she’s a plant and a lesbien and lesbien’s don’t need contraceprives. Batteries, maybe but contraceptives, no. That woman will go bananas when I say that.

Good comment. From the posters, there's not many of us on the same page I see