Way to ruin a perfectly good sip of coffee.

Our primary is six months out. In my rural area, we have a couple big Ron Paul signs (one is lighted) on a local north-south secondary highway. The local Meetups also work the big college football crowd at every home game. Again, it's unprecedented.

Never seen any signs before for any candidate, even the most popular in the state's history, this early.

You noticed that too, huh?

I don’t know why you call this a ‘hit piece’.

Did you see the url at the end of the video? Follow this link www.iraqcampaign.org. It actually takes you to this site: noniraqescalation.org. If you click on the about tab, you’ll find a listing of just about every ‘progressive’ organazation there is, including moveon, and almost all are recipients of Soros.

You should also click on the videos link. It takes you to this site: http://youtube.com/user/IraqSummer. Along the left side you’ll find this tidbit:

“Iraq Campaign is focused on causing the foundation of Republican support for the President’s Iraq strategy to collapse.”

It also includes this tidbit: “To achieve this goal, organizers and Iraq and Afghanistan veterans and military families across the country will create field operations,...”

Any wonder where some of those campaign donations from the ‘military’ are coming from?

There should be no doubt that these guys are supporting Ron Paul, not because of his campaign of ‘peace and freedom for all’, but to undermine support within the republican party.

You are correct that the Ron Paul campaign should react vigorously. A lot of us have been saying the same thing about other sites support Ron Paul only to brushed off with ‘their wasting their money’.

It should be clear that they are not ‘wasting their money’ since their intent is to disrupt the republican campaign.

This isn’t a campaign to capitalize on Ron Paul.

Yep. Guy gives me the creeps. The way he covets POTUS makes me think of Gollum coveting the ring.

Soros and Theresa Kerry used MoveOn and their other related organizations by paying their worthless employees big salaries to, among other things, max out on donations to Kerry and other Dim candidates in 2004.

There is no pattern of this in donations to the Ron Paul campaign. The records are publicly available for scrutiny, yet no pattern of contributions like that emerges, despite the nutty accusations.

I guess we had to have a second Breaking Non-News thread since that last one yesterday was being laughed at and ridiculed even by FReepers who don't support Ron Paul at all.

You'd think that instead of relying on negative attacks on a candidate that they insist can never win the nomination, some of these Paul-haters would focus on doing something, anything really, to actually help their own candidate. I suppose that's also somehow Ron Paul's fault too.

Did you know that Ron Paul causes cancer? That's right. CANCER! Don't let his sweet mild-mannered baby-doctor ways fool you. And his supporters are all neo-Nazis in league with Osama bin Laden too. If that RP cancer doesn't get you, his jihadist horde will!

Someone sent me this. Way to get into the Christmas Spirit. 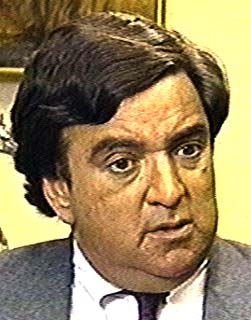 Perhaps. But it is very telling that THIS is the kind of support he's getting. (Of course, Ron's position on the war is right up Soro's ally, so what else could we expect.)

RPaul seems to be getting lots of international support from the “open society”.

Only the tip of the iceberg really.

Check out this short list. I know of a half-dozen more of these as well.

That's a very partial listing but those are the major international sites supporting Ron Paul now.

Did you notice that RP supporters in Sweden turned out a very impressive demonstration outside Owl Gore's hotel when he went to the Nobel ceremonies? LOL. That was epic.

RP supporters are also looking for Russians, Greeks, Armenians and especially Serbians in America to help support Ron Paul's message of liberty and to vocally oppose (as FreeRepublic once did unanimously) the ongoing failed U.N. meddling in Kosovo and the planned EU/Bush land grab of Serbian territory to expand Muslim lands (Kosovo/Albania) in eastern Europe.
56 posted on 12/20/2007 6:25:56 AM PST by George W. Bush (Apres moi, le deluge.)
[ Post Reply | Private Reply | To 55 | View Replies]
To: jodiluvshoes

I’m tellin ya, with all the people coming out of the woodwork to libel Dr. Paul, I’m just about ready to support the man.

I also question the number of supporters since it is easy to have one donor donate $20 100 times.

Don’t forget how soros leveraged into his fortunes by setting up other peoples failures.

Joking or not, that is the reason I started to pay attention to him and decided to support him. Made me want to read about him and I liked what I read.

Duncan Hunter, Thompson and Tancredo seemed like good guys too and had I not decided on Paul, one of them would have gotten my support.

I have not read or heard about it, but I guess Tancredo stepped out today. Good luck to him, very strong on immigration.

I’m quite aware of the phoney stage managed “reaching out” that the Paulites with help from soros manipulators are attempting.

Fear mongers ike Paul will always find willing paranoids. Fortunately there aren’t too many of those running around except among dems.