“A permanent parliament in which Jesus Christ is no longer preached, conversion to Truth and Grace no longer called for”: Bishop Aguer on the Synod on Synodality
Rorate Caeli ^ | Most Rev. Héctor Aguer Archbishop Emeritus of La Plata, Argentina

“A permanent parliament in which Jesus Christ is no longer preached, conversion to Truth and Grace no longer called for”: Bishop Aguer on the Synod on Synodality 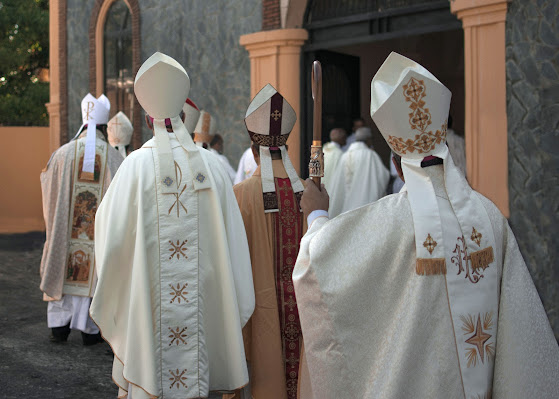 ““a Church that meets the challenges of the modern world.””

I believe that it must not bend and cave to the fads of the moment while at the same time meet the modern world head on. It must demonstrate how the church and Jesus Christ is still relevant to people where they are.

If it can’t do this it will hardly exist at some point.

More of our bishops need to find their backbones, stat. They need to recall that their meeting with Christ, the Just Judge, is really not that far away. Speak now, or risk hearing: “Depart from me, you evildoer.”

Aha, the same plan followed by the Anglicans, Episcopalians, Lutherans, Church of Christ, and Methodist! It worked so well for them!!!!! I guess the Catholics decided to join the club of dying Christian groups.

There will always be a church, because Christ will always have a bride. If Rome chooses to abandon Christ, the church will still exist, but it will exist elsewhere.

Not at all. But if you don’t reach out to the youth and deal with them where they are in this modern world you become a relic.

My PCA church is a Bible believing church with an annual growth rate of maybe 15% or more. So I have seen it done.

Rome has nothing to do with Christ’s True Bride - The Church, made up of people around the world who may or may not attend Church.

"And Jesus answering said to him, Blessed art thou, Simon Bar-jona, for flesh and blood has not revealed it to thee, but my Father who is in the heavens. And also, I say unto thee that thou art Peter, and on this rock I will build my assembly (Church), and hades' gates (hell) shall not prevail against it." - Matthew 16:17-18

The Church is not buildings and property. The church is the body of Christ, Believers, who are led by the Word and Holy Spirit. Anti-Christian Judaism, Ancient Rome, Islam, Communism and other principalities have tried to destroy His body. Jesus and His Bride (the Church) are and always will be triumphant! All those who opppose Christ and His Body will perish!

"There will be no end to the increase of His government or of peace On the throne of David and over his kingdom, To establish it and to uphold it with justice and righteousness From then on and forevermore. The zeal of the LORD of armies will accomplish this." - Isaiah 9:7

“today’s church tries to grow by becoming like the world.”

Not all churches have done that. Some churches are holding fast to the gospel while still growing. Imagine that.

Another factor is where one lives. It is quite different in Seattle than in Alabama.

I know it varies from city to city and even parish to parish. Here in the Seattle area, I’d say it’s 80-90% of the Catholic churches that are seriously compromised, and it’s not just the clergy.