Bad news in Supreme Court’s ruling on behalf of religious liberty: The 5-4 Decision is Not the Only Cause for Concern
Christian Post ^ | 04/14/2021 | Michael Brown

It was good to see the Supreme Court rule yet again in favor of religious liberty in the latest California case to reach the nation’s highest court. Yet the fact that the ruling was only 5-4, not to mention some of the reasoning in the dissenting opinion, gives real cause for concern. This should not have been a close vote at all. Instead, it should have been a slam dunk for religious freedoms.

As reported on Forbes, “The Supreme Court ruled by a 5-4 margin late Friday that California's coronavirus-related restrictions on gathering in private homes violated constitutional rights on the free exercise of religion, the latest ruling from the high court that prohibits authorities from enforcing limits on religious services.”

Chief Justice John Roberts joined with the three liberal justices, and the dissenting opinion was written by Justice Elena Kagan.

As for the majority opinion, the reasoning was as follows.

If these kinds of activities are permitted, why on earth would religious gatherings in the privacy of one’s home not be permitted? Based on what standard?

“Second, the Ninth Circuit did not conclude that those activities pose a lesser risk of transmission than applicants’ proposed religious exercise at home. The Ninth Circuit erroneously rejected these comparators simply because this Court’s previous decisions involved public buildings as opposed to private buildings.”

So, since the Supreme Court’s overturning the Ninth Circuit’s oppressive rulings against church gatherings only pertained to public buildings, they wrongly thought they could restrict the rights of Christians meeting in private homes.

Not so, SCOTUS ruled. Are you getting the message over there in the Ninth Circuit?

“Third, instead of requiring the State to explain why it could not safely permit at-home worshipers to gather in larger numbers while using precautions used in secular activities, the Ninth Circuit erroneously declared that such measures might not ‘translate readily’ to the home.”

Was there no hint of anti-religious bias in the Ninth Circuit ruling? Was it truly dispassionate and even-handed, just based on faulty logic? Call me a little skeptical here.

“And fourth, although California officials changed the challenged policy shortly after this application was filed, the previous restrictions remain in place until April 15th, and officials with a track record of ‘moving the goalposts’ retain authority to reinstate those heightened restrictions at any time.”

Moving the goalposts indeed, which is why so many people of good conscience in California have been fighting back.

Indeed, “This is the fifth time the Court has summarily rejected the Ninth Circuit’s analysis of California’s COVID restrictions on religious exercise.”

Kudos to the Supreme Court for getting this right. But serious concerns for the slim majority victory and even more for the dissenting viewpoint.

In short, Justice Kagan wrote, “California need not, as the [majority] insists, treat at-home religious gatherings the same as hardware stores and hair salons — and thus unlike at-home secular gatherings, the obvious comparator here” adding, “the law does not require that the State equally treat apples and watermelons.”

Put another way, California can discriminate against religious gatherings if it so chooses, since not all gatherings are created equal.

But, as noted in an op-ed on the Jewish Hamodia website, “The apples-watermelons analogy is only tenable if you are willing, like California’s experts, to ignore the plain facts, and if you are inclined to put aside freedom of religion during a pandemic.”

The editorial also cited the arguments of attorney Charles Limandri, on behalf of one of the aggrieved California churches: “Indeed, in rebuttal, LiMandri asserted that ‘there is no scientific data showing churches are more risky when they practice the protocols.’ LiMandri said his client’s church has not had any COVID-19 cases traced to exposure via its worship services. And he adduced a study showing indoor religious services have been held safely across the country without contributing to the spread of the virus, according to a report in Courthouse News Service.”

Back in February, Justice Neil Gorsuch, joined by Justices Alito and Thomas, issued a strong rebuke to these California courts, writing, “once more, we appear to have a state playing favorites during a pandemic, expending considerable effort to protect lucrative industries (casinos in Nevada; movie studios in California) while denying similar largesse to its faithful.”

It is high time that the state of California, with its courts, along with other states and courts that are ruling against our religious liberties, get this right.

And it is quite scary that the matter is even one of debate.

Dr. Michael Brown (www.askdrbrown.org) is the host of the nationally syndicated Line of Fire radio program. He holds a Ph.D. in Near Eastern Languages and Literatures from New York University and has served as a professor at a number of seminaries. He is the author of 40 books. Connect with him on Facebook, Twitter, or YouTube.

Roberts does the bidding of his masters.

Rat Party Headquarters has something on Roberts...and they’ve let him know that they do. Boyfriend? Underage kids? Financial improprieties?

John Roberts truly is a coward. I believe he is doing the bidding of his masters. But those masters are all contained inside the man himself. His master is his desire to remain part of the “in” DC crowd. HE STANDS FOR NOTHING but himself.

What a traitor he turned out to be. He tortures the plain meaning of the USC and BOR to come to a leftist conclusion.

Another Dubya gift that keeps on giving. 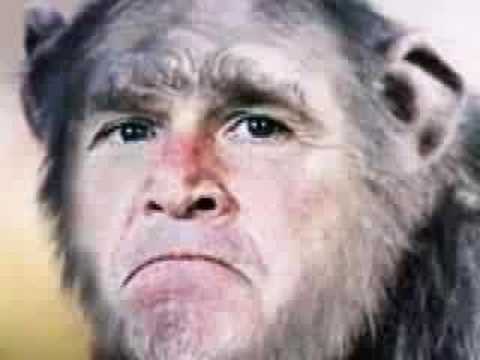 I’m a Christian (and even changed churches after 23 years to one that reopened here in CA months ago), and I support religious freedom, but in “fairness” to CA one “problem” with worship services is admittedly the singing. Indoor singing is a great way (one of the best ways) to spread covid.

Congress shall make no law respecting an establishment of religion, or prohibiting the free exercise thereof; or abridging the freedom of speech, or of the press; or the right of the people peaceably to assemble, and to petition the government for a redress of grievances.

is admittedly the singing. Indoor singing is a great way (one of the best ways) to spread covid.

But I thought that’s why you wear your mask because they work.... Can’t get Covid from people that don’t have COVID. Studies have shown asymptomatic spread is total BS.

No they don’t. It’s ideology with Roberts.

Coward? He’s not afraid to show his true colors and never has been. Think he has any morals? Think again.

I disagree with his pessimism and I think this was a harder case than he claims, even though I agree with the majority.

It seems like he wrote his article based on the Newsweek article that he links. The Newsweek article wants to present Kagan’s argument well, but it doesn’t do a very good job because the author doesn’t understand the basic issue of the case.

From her dissent (pardon the formatting):

“California’s response to the COVID pandemic satisfies
that neutrality rule by regulating worship services the
same as other activities “where large groups of people [come together] in close proximity for extended periods of time.” South Bay United Pentecostal Church v. Newsom, 590 U. S. ___, ___ (2020) (ROBERTS, C. J., concurring in denial of application for injunctive relief ) (slip op., at 2). The restricted activities include attending a worship service or political meeting; going to a lecture, movie, play, or concert; and frequenting a restaurant, winery, or bar. So the activities are both religious and secular—and many of the secular gatherings, too, are constitutionally protected. In all those communal activities, California requires mask wearing and social distancing, and bars indoor singing and chanting, to
reduce the risk of COVID transmission. In addition, the
State has put limits on how many people can assemble in
one indoor space—whether a church, theater, or lecture
hall. Depending on COVID case and test-positivity rates,
public gatherings may occur only at specified occupancy levels—for example, at 50% or 25% of a facility’s capacity. And when COVID rates are highest, all those capacity limits give way to a rule that the gathering—again, whether religious or secular—take place outdoors (with no limits on attendance).


She describes the majority opinion this way:

In any event, the result is clear:
The State may not treat worship services like activities
found to pose a comparable COVID risk, such as political
meetings or lectures. Instead, the State must treat this one communal gathering like activities thought to pose a much lesser COVID risk, such as running in and out of a hardware store. In thus ordering the State to change its public health policy, the Court forgets what a neutrality rule demands. The Court insists on treating unlike cases, not like ones, equivalently

How in the world can the liberal justices put religious exercise in the same category as hair salons, or apples and watermelons? None of those are in the 1st Amendment! Freedom to exercise one’s religion is at the very core of the foundation of this country!

13 posted on 04/14/2021 8:10:21 AM PDT by Repealthe17thAmendment
[ Post Reply | Private Reply | To 1 | View Replies]
To: SeekAndFind
Yet the fact that the ruling was only 5-4, not to mention some of the reasoning in the dissenting opinion, gives real cause for concern. This should not have been a close vote at all.

Roberts is not going to vote as a conservative. He's following the trajectory of previous establishment Republican justices who've ruled from the bench as liberals. The fact that the SC ruled 5-4 on this is cause for celebration - a court with Ginsburg still on it would have ruled 5-4 to support Newsom's edict.

Roberts has proven over and over again that he is actually one of the leftist judges.

Then again, he voted with them when he didn’t have to. He may be playing games. How he votes only matters if it is a deciding vote.

i.e. either he is an overt leftist, or he’s only pretending to be one.

He’s not a coward, he’s compromised.

I have thought they had something on him going back to the ACH. More recently I saw an article that claimed he visited Pedo Island. I have no idea if it is true, but it fits.

I have thought they had something on Roberts going back to the (un)ACA. More recently I saw an article that claimed he visited Pedo Island. I have no idea if it is true, but it fits.

I have a sister in California whose church has held in-church Sunday services since May of 2020. No cases of the Wuhan Virus among their whole congregation, to this day. Their county sheriff has been very tolerant and the local police don’t enforce Newsome’s rules.

Either way, does it make a difference?

I just happen to believe that John Roberts was useless from day one. He is for himself and his stature and always was. Did you ever wonder why he never published a damn thing? The democrats complained bitterly during his confirmation that he had no writing to judge him by. I also was afraid of this. It showed me he didn’t want to take a position because all he wanted was to rise.