“In the video, the old person is heard pleading for his life, asking the Azeri man wearing a military uniform to spare him, but to no avail. Dozens of videos … [allegedly showing] Azeri troops cutting the throats and ears of Armenians have been spreading online since the final days of the war in Nagorno-Karabakh,” according to the news outlet.

Armenia and Azerbaijan agreed to a Russian-brokered peace deal on November 9 to halt fighting over the disputed territory of Nagorno-Karabakh, which began on September 27. Ethnic Armenian separatists have ruled over Nagorno-Karabakh since the fall of the Soviet Union in 1991, but the region legally belongs to Azerbaijan. The separatists running the region are not affiliated with the government of Armenia and Armenia does not recognize their sovereignty, though both oppose Azeri control of the region. Under the terms of last month’s peace agreement, Armenia was forced to surrender some of the territories it held outside of Nagorno-Karabakh’s borders.

Dozens of photos and videos have surfaced on social media since the conflict ended allegedly depicting members of the Azerbaijan armed forces desecrating sacred Armenian sites such as Christian churches and graves.

According to panarmenian.net — an online news source for Armenian current events — on Tuesday, some of the recently surfaced videos allegedly “depict Azeri captors variously slapping, kicking, and prodding Armenian POWs [prisoners of war], and compelling them, under obvious duress and with the apparent intent to humiliate, to kiss the Azerbaijani flag.”

That’s when I knew W really was a dumbass.

I’m sure the pope will blame the Armenian Christians for provoking this.

I’m not watching that video. I know what decapitation means.
I didn’t know Breitbart showed such snuff videos.

Yeah, bad stuff happens to people out in the world.
It’s a shocking thing, never happened before.
Breaking news for sure. I’ve regretted it every time I’ve watched one. What a horrific way to die.

Historically, Islam has always been violent, oppressive and expansionistic. When in the position of power, they are always oppressive, even the most liberal and/or tolerant ones such as Turkey, Egypt, Kuwait, UAE and Qatar.

Their doctrine spells out to be oppressive, violent and expansionist, i.e. Koran, Hadith and Surah.

Their leaders openly state to be violent, oppressive and expansionist.

The reason why you have so many “lone wolf” or “self radicalized” terrorists is because it is a major tenet of Islam to be that way. ***Islam is the only religion where the more devout one becomes, the greater the risk one poses to everyone unlike oneself.***

Fact: Islam does not play well with any other religion. You can mix Christians, Jews, Zoroastrians, Shinto, Hindu, Bahai, Buddhists and they can all figure out how to get along, but if you inject Muslims in any great numbers with anyone else, things go boom or heads fall off. They don’t mix well with conservative Christians or liberal Christian societies, Western culture or far Eastern culture (China has problems also)... ***At some point we need to stop pointing the finger at ourselves for what they do.***

W. was trying to “keep the peace” inside the US and prevent folks from acting out of revenge... It was a stupid statement, but the original intent was OK.

Yea. I really wasn’t all connected with GW . After he made that ridiculous comment, I too realized he was nothing more than a Liberal Globalist.

Never mind Antipope Francis. Just wait for the Sultan Erdogan shills right here on this board, who, during the conflict put up numerous posts crowing about how the Armenians needed to just vacate the “Cultural Capital of Azerbaijan”, which they had “seized and unjustly occupied.” The UN had declared that that land was “officially” Azerbaijan, after all...

That’s a still from a movie - but it apparently depicted events that really happened.

Armenia has a defense pact with Russia. Where were the Russians when Armenia needed help? Putin let them down.

Azerbaijanis are Moslems. That is what they do.

What a mess. the whole area is Armenian but completely surrounded by Azerbaijan. imaging Iowa being Canadian.. but we don’t like Canadians. and the worst part is these people have been fighting each other forever. Its a mess only Jesus could fix and that won’t happened until the last days...

Armenia had a color revolution which overthrew its government and a new Pro-Western regime took control. They then stuck their thumb in Russia’s eye. Unfortunately for Armenia, the EU and Washington still sided with Azerbaijan and Russia was willing to sit out for a while to teach Armenia a lesson.

Allegedly? They happily posted them to the internet to show their victory right after they committed these acts.

where the MUSLIM turks slaughtered the CHRISTIAN Armenians and took half of their land.

Show us how STUPID you are, bumblegummer. 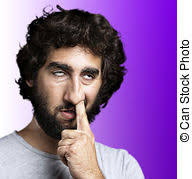