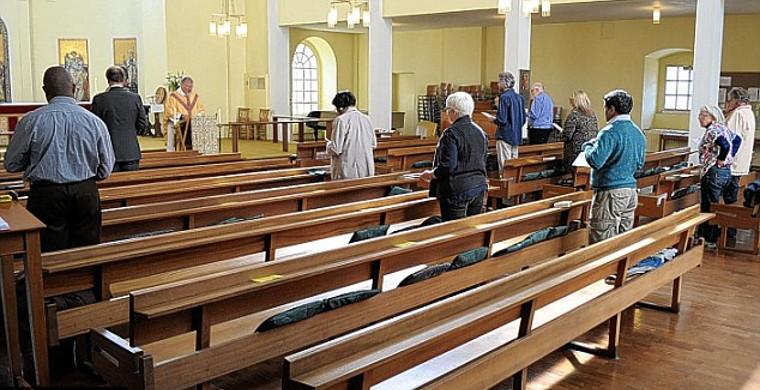 A seminary president has warned The Episcopal Church's leadership that with the current rate of decline, they will cease to have any Sunday worship attendance in 30 years.

“It depicts a church that appears to be dying,” said Stache, as reported by Egan Millard of Episcopal News Service, labeling the statistics “very sobering.”

At the current rate of decline, according to Stache, the denomination will have no Sunday attendance in 30 years and no baptized members in 47 years.

Despite the somber report on statistics, Stache also said that the decline might be less showing a dying church and more one that is becoming “something we have yet to imagine.”

“This kind of thinking looks nothing like we’ve ever done before. We don’t have the current knowledge or solutions to address this work,” she said.

“In fact, we can’t even define the problem. But that’s the point. Living in this space is about a mental shift to a focus on questions instead of answers.”

As with most religious groups in the United States, the Episcopal Church has experienced a considerable decline in membership over the past several years.

Last year, the Episcopal Church’s Office of the General Convention reported that in 2018, membership in the denomination had dropped to 1.676 million.

The 2018 total was less than half of the peak membership numbers for the denomination in 1966, when approximately 3.6 million Americans identified as Episcopalian.

One factor in the decline has been the increasingly progressive theological direction of the mainline denomination, especially regarding LGBT issues.

For example, the 2003 consecration of the Rev. Gene Robinson as the first openly gay bishop in the denomination’s history prompted many conservative congregations to leave in protest.

Stache’s presentation before the Executive Council resembles a presentation the Rev. Canon Neil Elliot gave to the leadership of The Anglican Church of Canada last November.

Presented before the ACC Council of General Synod, Elliot concluded that the Canadian denomination would effectively cease to exist by the year 2040.

ACC Archbishop Linda Nicholls said in a statement last year that Elliot's report was a “wake-up call” for the denomination.

“We’re called to do and be God’s people in a particular place, for the purpose of sharing the good news of Jesus Christ, and the only question is, ‘How do we need to share it, so that it might be heard by those around us?’” Nicholls said.

I guess at that time they’ll only be open for gay weddings officiated by gay priests.

That’s ok because climate change will destroy the human race in less than 12 years.

Gee I wonder what the problem could be?

Well, there you go right there. I go to church to hear the Gospel, as written. If I wanted to hear “progressive theological direction” I’d go to Bernie Sanders rally.

It looks like attendance is already ceasing. I thought “open doors” was supposed to fill the pews.

Oh, no, where will Pete and Chasten go?? As a Catholic, I don’t want them back.

I’m sure this can’t be true. Because people with good taste will eventually show up.

With respect to the Episcopal Church, listen to the Cole Porter song “Anything Goes”. (Great song back then and still a great and relevant one now.)
That’s their philosophy and that’s why they’ll be one of the things that “goes” in the future.

When one stops proclaiming the Gospel and replaces two millennia of Christian teaching and practices with modern anti-Christian secularism spoken from the pulpit, why should this be a surprise.

From a pantheon of gods,to one and then to none.

I attend an Episcopal church in Minneapolis. I do so more for my wife than anything else. I’m Catholic.

This church has been experiencing a decline in attendance for some years now. The congregation is older. The people there, although undoubtedly very liberal, are genuinely nice people. Many know that I’m staunchly conservative on most issues and still treat me well. This church does not engage in virtue signaling, something I’m glad for.

An argument can be made for the overall nationwide decline in attendance being due to their pre-occupation with progressive and “woke” issues. There’s no doubt about it. The Presbyterians at having the same problem. But I’m seeing an overall turning away from religion in the younger population, specifically the Gen-X’ers and Gen-Y’ers.

Wait. I thought capitulating to the LGBTQ crowd was going to open up vast new vistas of people walking through the doors feeling oh so accepted and fill the pews. What happened?

“But among you there must not be even a hint of sexual immorality, or of any kind of impurity, or of greed, because these are improper for God’s holy people. . . For of this you can be sure: No immoral, impure or greedy person—such a person is an idolater—has any inheritance in the kingdom of Christ and of God. Let no one deceive you with empty words, for because of such things God’s wrath comes on those who are disobedient. Therefore do not be partners with them.” (Ephesians 5:3,5)

The Episcopal Church has become a comfortable lifestyle choice for liberal non believers. The clergy are well paid for very little effort.

They’ve shut down several churches here, ironically one refused to do the Gay Thing and the congregation was expelled by the bishop. Ironically, the building is now rented to an evangelical Bible church. Another church the congregation just walked out.

The Episcopal Church began a slow suicide when its leadership turned away from the Gospel and embraced the worst tendencies of the world. I have a great love for the Anglican liturgical tradition and often used to attend Christ Church Cathedral in St. Louis when I lived in the area. I used to go to the solidly-Christian Church of St. Michael and St. George, down the street from my university, for Good Friday services. I came close to joining the EC. Then one Sunday the priest at the cathedral announced they had chartered a bus to go to Washington to support and celebrate Roe v Wade, and that’s the last time I set foot there.

Well this clergy sure does seem to come in mighty handy when the leftist media need a "religious point of view" to validate their narrative.

RE: With respect to the Episcopal Church, listen to the Cole Porter song “Anything Goes”. (Great song back then and still a great and relevant one now.)


In olden days, a glimpse of stocking
Was looked on as something shocking
But now, God knows
Anything goes
Good authors, too, who once knew better words
Now only use four-letter words
Writing prose
Anything goes