Navigation: use the links below to view more comments.
first previous 1-20, 21-40, 41-53 next last
To: SeekAndFind
We don’t have the current knowledge or solutions to address this work,” she said. “In fact, we can’t even define the problem.

You’ll find most of the young people who are serious Christians in the conservative non-denominational churches. The church my wife and I have been attending recently is mostly 20 and 30 year olds, we are among the older ones there. They emphasize evangelizing in the high schools and to teens, especially those caught up in teen gangs. which accounts in part for the young congregation age. There are 4 or 5 satellite churches which rent space—I understand the total church membership is something like 1900.

“...be open for gay weddings officiated by gay priests.”

Well, we know they won’t rolling out a prayer mat, kneeling...and praying five times a day.

Oh, yes, we Methodist’s are about to face the same issues this May...but has been going on for 40 years.

What could go wrong? They are now worried about all the assets of the church vs. the message of Jesus Christ around the world.

Plan is to see what happens and if needed change denominations as we love God’s Word taught and preached.

The Episcopal Church has become a comfortable lifestyle choice for liberal non believers. The clergy are well paid for very little effort.

What is ironic about this is God’s Word is crystal clear on these issues, from passages in Genesis to the last chapter of Revelation (Jesus’ own words about homoesexuals and sexually immoral not entering the City of God (that is, Heaven).

In 1997 the General Convention established an official Episcopal-Moravian dialogue with the Northern Province and the Southern Province of the Moravian Church in America. The first dialogue between Anglicans and Moravians took place in the 1740s, with the British Parliament officially declaring the Moravians "an antient Protestant episcopal church" in 1749. In the 1980s and 1990s, the Church of England and the Moravian Church British Province engaged in a sustained theological dialogue, producing the Fetter Lane Common Statement in 1995.

The Episcopal Church-Moravian Church dialogue met from 1999-2007. In 2003, the two churches entered into interim eucharistic sharing. In 2009, the General Convention approved "Finding Our Delight in the Lord," a proposal for full communion between the two churches. The Moravian Church approved the proposal in 2010 at its provincial synods. The proposal, along with additional materials, can be found in the resource section below.

The Evangelical Lutheran Church in America has been in full communion with the Moravian Church since 1999, the same year it entered into a full communion relationship with the Episcopal Church.

On January 6, 2001, The Episcopal Church and the Evangelical Lutheran Church in America entered into a relationship of full communion on the basis of the document "Called to Common Mission," culminating thirty years of dialogue with one another. In full communion both churches retain their autonomy and structures but agree to work together for joint mission and witness in the world. In accord with procedures established in "Called to Common Mission," clergy and laity may move freely between the two churches. 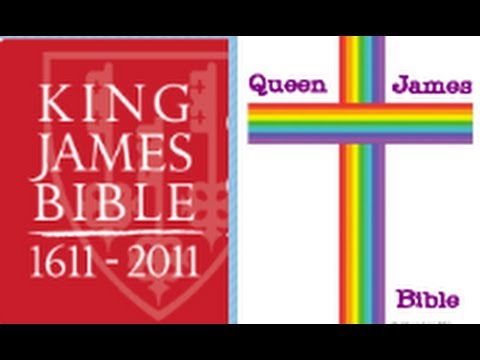 What Is the Queen James Bible?

The "unidentified" editors in this article were Epsicopalians from California.

As the mainline Protestant denominations continue to dwindle, at some point I expect they will merge. Their divinity schools are already experiencing a dearth of students.

28 posted on 02/19/2020 10:09:41 AM PST by MacNaughton
[ Post Reply | Private Reply | To 1 | View Replies]
To: MplsSteve
"This church has been experiencing a decline in attendance for some years now. The congregation is older. The people there, although undoubtedly very liberal, are genuinely nice people."

What is your church's position on homosexuality? Both in pulpit and in the pews?

I loathed that statement with you!!!!

A friend’s term I am adopting. She calls many, ‘cultural Christians’. They are sticking with their denominations and political parties no matter the issues stance. Lukewarm, we are warned about. I have lukewarm problems some days too.

Who needs to go to church when they can get the latest SJW talking points just by turning on the MSM “news”?

People don’t need to go to church to be instructed that it’s ok to do whatever we really want to do. All of us pick up on that philosophy of life early on. If there no message from the spirit in a church then those attending will do so as a social group. With the advent of social media the young don’t need a social group, certainly no one that includes grown-ups and other people not like them. Thus, the mainline confessional churches are dying. Look at the photo a the top of the page - of the only 8 or 9 attending not a one is under 60. But this has been the history of the church. Bad churches die off. But only after a faithful remnant has split off to continue to worship Jesus Christ and follow his word.

I guess they will soon find out how many gays really go to church. Not many, IMHO.

35 posted on 02/19/2020 10:19:27 AM PST by colorado tanker
[ Post Reply | Private Reply | To 1 | View Replies]
To: SeekAndFind
Wartburg Theological Seminary, eh? It has been a dandy place for SJWs for some time. The WTS prez ought to know about the Episcopalian countdown, since the ELCA and the Episcopalians have been joined at the genitals long enough for her to have the skinny. I wonder what her time-frame is for the ELCA itself to have nobody show up on Sunday?

Between Wartburg Seminary, Wartburg College and Luther College, Iowa has been a great place for the apostate ELCA to employ and train the gender-confused, as well as assorted Marxists and Israel-phobic individuals.

Preach Christ crucified and raised from the dead and the pews will fill up.

Everything has been defiled by the sodomites.

That is an unfair generalization. I spent most of my adult life in an Episcopal Church and it was wonderful.

The services are beautiful; the sermons are Bible based and the clergy is by far the most empathetic and active of any church I attended in my youth.

The problem is with the national Church and their liberal agenda.

As a confessional Lutheran (LCMS) the ELCA cannot die quickly enough. I wish they would stop calling themselves Lutheran. They are not.