A Presbyterian Church (USA) congregation in New York made news this week after it featured the sculpture of a pagan deity in its chancel.

The United Presbyterian Church of Binghamton hosted “the Sviatovid idol” which depicts a ninth-century Slavic deity, as part of a September 6-7 festival of lights.

In the early twentieth century, an idol was discovered near the Zbruch River in Western Ukraine (accessible with free JSTOR account). This idol pictured was originally thought to be the local god Svantevit, mentioned above, and merely called “the Sviatovid idol” for reasons that are unclear or unstated. Later scholarship, however, decided that this idol, also called the Zbruch Idol, for geographical reasons, actually depicted the highest pan-Slavic god Perun, also responsible for war, fertility, and abundance, but who also may have been the god of the cardinal directions and the four seasons. As if this is not enough to keep track of, some scholars argue that Svantevit and “the Sviatovid idol” are the same as the head god Perun. Binghamton Presbyterian

This is the deity Binghamton Presbyterian hosted in the form of a beautiful, mesmerizing sculpture, during the fascinating Luma Festival. In and of itself, a church hosting an art installation displaying the image of a long-defunct god is not sacrilegious, though it may raise a few eyebrows. The kicker is that, not only did the god “materialize on the altar” of the church each night, “[t]he church spire, pipe organ and stained glass inform[ed] the new work.” Admittedly, and thankfully, the purpose of Sviatovid in this festive context is not worship, but mere interest. Yet, there is something inside that recoils at erecting an ancient Slavic deity in a church chancel of the same God who commanded, “You shall have no other gods before me” (Exodus 20:3, ESV).

Maybe Sviatovid was invited into the church in the spirit of multiculturalism. Perhaps it was a subtle nod to universalism. False teaching, but a desire for the best for (literally) everyone. To put a false god in the same spot as God’s communion table, regardless of the fact that it was not during a worship service, raises questions of prudential judgment and is possibly sacrilegious.

English poet Philip Larkin, a famous agnostic, wrote a thoughtful poem on briefly stepping inside an empty church. It is worth quoting a few sections of “Church Going” here:

“Up at the holy end; the small neat organ; And a tense, musty, unignorable silence, Brewed God knows how long. Hatless, I take off My cycle-clips in awkward reverence…

“Mounting the lectern, I peruse a few Hectoring large-scale verses, and pronounce ‘Here endeth’ much more loudly than I’d meant. The echoes snigger briefly. Back at the door I sign the book, donate an Irish sixpence, Reflect the place was not worth stopping for.

“Yet stop I did: in fact I often do, And always end much at a loss like this…

“A serious house on serious earth it is, In whose blent air all our compulsions meet, Are recognized, and robed as destinies. And that much never can be obsolete, Since someone will forever be surprising A hunger in himself to be more serious.”

Larkin’s agnosticism is displayed in the poem, but what is more apparent is his confused reverence for church. He acknowledges his failure to understand the draw of the church, and his deep-seated reverence for it, though he did not believe a word of the teaching therein.

If a famous agnostic such as Philip Larkin is careful of his appearance and behavior within a church, how much more should a Christian congregation be mindful of what goes on inside its building, every day of the week.

United Presbyterian has not commented on its choice to host the Sviatovid idol. The church affiliates with More Light Presbyterians and describes itself as a progressive congregation.

“We are a community of people questioning, learning, celebrating, connecting, risk taking, creating, and making music and art,” the church describes on its web site. Statistics provided by the PC(USA) research service show that from 2013-2017, the congregation dropped from 220 to 178 members (-19%), while Sunday attendance declined from 64 to 53 (-17%). The congregation is not diverse, reporting only four nonwhite members, while 72% of members are age 65 or older.

* as of August 19, AD 2009, a liberal protestant SECT, not part of the holy, catholic and apostolic CHURCH.

Be rooted in Christ!

“Slavic deity”...” in the Baltic region”

The Balts aren’t Slavs. The Slavs aren’t Balts. Although there are now Slavic minorities living in the Baltic states.

So not Cthulhu or anything fun. 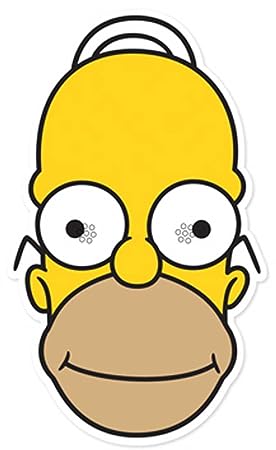 Well, Martin Luther was a vicious anti-Semite so this doesn’t shock me.

Glad they specified the particular Presbyterian denomination... this is why Christians are fleeing them in droves.

No worries. When the church is converted into a mosque about 50 years from now, this Sviatovid idol will be thrown in the trash. And any complicit Presbyterians still around will be beheaded.

See? Things always work out okay in the end.

It should not surprise anyone that these heretics have come to embrace neo paganism.

Christ just isn’t good enough for them but a creepy idol someone dug up of a long-forgotten religion will do just fine!

Read Ezekiel 22 not long before this thread.

It should be scary, terrifying actually, for those helping it along where this falling away / apostasy is taking the nation. But unlike coal miners whose canary has died they neither take notice but celebrate instead.

My parents were avoiding the ELCA long before it existed: LCA + ALC.

A slavic God from the Baltic region? The guy is mixing up his peoples.

Belts are Latvians and Lithuanians

And the statue was found in the Ukraine, far from the Baltics

The slavic gods were very primitive versions of indo European gods. The hight in philosophy among I do European religions is Brahmanuc Hinduism.

Perun had his analogies in Thir / Zeus pitar/ Jupiter/ indra who were all chief gods. So the primitive indo European peoples really revered lightning or rather feared it.