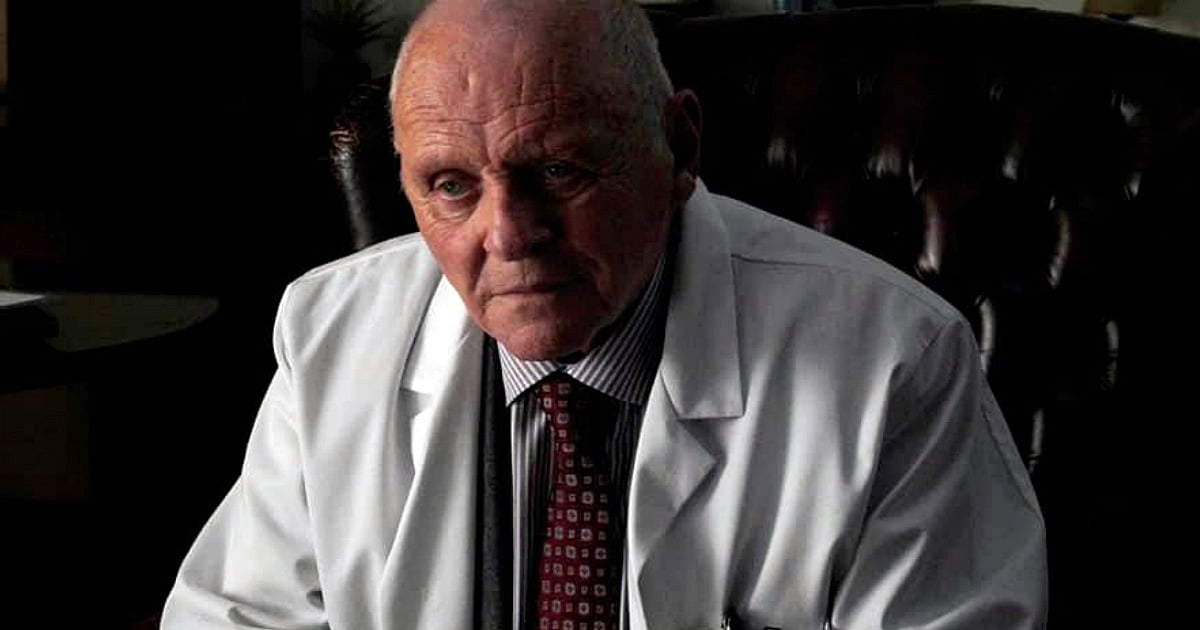 Anthony Hopkins is one of the most well-known actors of our time. For years, he was a well-known atheist, too. But all of that changed when a woman at an AA meeting challenged his disbelief with one, simple question. That was the beginning of the inspiring Anthony Hopkins testimony!

No matter how successful someone may seem from the outside, we all have our own internal struggles. During the earlier years of Anthony Hopkins’ career, he found himself in his own battle with alcoholism.

Anthony’s addiction started “innocently.” He adopted a worldly mindset and drank because “that's what you do in theater, you drink."

But as is the case too often, the social pastime soon took over his life. By 1975, Anthony’s drinking had spiraled out of control.

"I was hell-bent on destruction," the award-winning actor recalled. "It was like being possessed by a demon, an addiction, and I couldn't stop. And there are millions of people around like that.”

But it’s in our weakest moments that God’s strength works best!

“The Lord is close to the brokenhearted and saves those who are crushed in spirit.” ~ Psalm 34:18

Anthony Hopkins realized he needed help. So, he turned to Alcoholics Anonymous (AA). Up until then, Anthony Hopkins had been an atheist. But during an AA meeting, a woman asked him a simple question.

"Why don't you just trust in God?"

It’s not something Anthony had ever tried. But as desperate as he was, he thought, “Well, why not?” Deciding to believe and trust in God was the moment everything changed for the desperate actor.

“I could not stop [drinking], but I just asked for a little bit of help and suddenly, pow. It was just like, bingo," Anthony Hopkins recalled.

Miraculously, Anthony says the craving to drink was taken from him, “never to return again.” And he’s believed in God ever since, working day after day, year after year, to grow in his faith.

When asked in a CNN interview with Piers Morgan if he believed in God, former-atheist Anthony Hopkins replied wholeheartedly, “Yes, I do. I do.”

Years after finding faith, Anthony Hopkins is regarded as one of the greatest actors of our time. In fact, he earned the title of Sir Anthony Hopkins when Queen Elizabeth knighted him in 1993, for his contributions to the performing arts.

As such an esteemed actor, Anthony was invited to speak to a crowd of nearly 500 high school and college students at the annual Leadership, Excellence and Accelerating Your Potential conference (LEAP). And he shared with them the dangers of confirming to the world.

In fact, in a separate interview, Anthony opened up about how unfulfilling success alone is.

After sharing how he was saved from the depths of alcoholism, Anthony Hopkins explained the power our words and our beliefs have over our lives. He also touched on how God can use anything, even our biggest messes, for good.

RELATED: Actor Mark Wahlberg On How Faith Turned His Troubled Life Around

While Anthony Hopkins has, at times, played characters who are truly evil, the actor lives out his real life with Christ in his heart. He’s been an atheist before finding God and now he just feels sorry for atheists, comparing a life of disbelief to “living in a closed cell with no windows."

"I'd hate to have to live like that, wouldn't you?” Anthony Hopkins asked.

What a beautiful reminder the Anthony Hopkins testimony was of the hope we have through Jesus!

Whatever the sin, God’s grace is bigger.

“Why don’t you just trust in God?”

What a GREAT question.

There is a difference.

Yes, but does he love/vote hitlery?

Thanks for posting this. That’s a great site, I read another article over there and I’ll be checking it out regularly.

As a side note, I read an article critical of Justin Bieber (written by a leftist) and he and his fiancé’s decision to remain celibate before their marriage.

We haven’t heard any news from Bieber in a couple years. It seems he has had something of a conversion from his earlier days, where he admits he was immature, selfish and self-destructive. Bieber also seems to be on his own path to Damascus

Looking around, I don’t see much indication that Hopkins is a Christian as such. From another interview: “All the time I am struck with my unbelief and some days I don’t know whether I believe in God, Santa Claus or Tinkerbell,” he revealed. “I don’t know what I believe. I just couldn’t believe in certainty and I don’t believe that there is a divine intelligence looking after my personal little problems.”

Awesome. I never knew. God bless him. Praise the Lord.

Into the den of lions...

Yes, but does he love/vote hitlery?

My mistake. He has dual citizenship.

Thank you for posting. I did not know this about Sir Anthony.

He attends the same AA meeting that my late mother in law went to for decades. He introduces himself as Tony and is quite humble.

They say its not a recovery program based in the belief in God but that's only to avoid frightening off the new prospect :-) Eventually, grace and good fortune overcomes all barriers to Belief in the words of the Master which are written in the Holy Bible. JMHO