A top Vatican astronomer has said that a number of public scientists claim to be atheists in order to appear credible, noting that a surprising number of scientists attend church.

Brother Guy Consolmagno, director of the Vatican Observatory, who has spoken on a number of topics concerning science and faith, told Vancouver Sun in an interview earlier this week that many "public scientists" are insecure about their rank.

"The scientists that you see on TV who are proclaimed atheists because they think it gives them credibility in science — which it doesn't — are turning off the nine-tenths of the population that don't call themselves atheists," Consolmagno said, without naming names.

"Carl Sagan said 'an atheist is someone who knows more than I do.' Even he had to admit that he just didn't know about the existence of God," he reminded speakers, referring to the popular American astronomer and cosmologist.

Consolmagno said that he was surprised when a number of his scientist colleagues told him they attend church.

"I think it would be a great benefit to science and to religion for them to publicly proclaim in their churches that they are scientists. That's where it needs to happen. Those are the people who need to hear that science is for everybody," the Jesuit astronomer said.

"I would never want anyone to say, 'You can't do that research because you're the wrong religion.' Science isn't just for old white men who claim to be atheists."

Consolmagno also spoke on other issues, such as Christians believing in alien life on other planets.

"As far as I can tell it has never been a problem. Throughout human history, people have always assumed there is life elsewhere. It was only the humanists that wanted to say that human beings were the pinnacle of universe," he explained.

"Christians have the tradition of angels, non-corporeal beings, created by God. What could be more science fictional than that?"

Others, such as Young Earth Creationist and Answers in Genesis President Ken Ham, have critisized the search for aliens.

"We are not alone in the universe. We are constantly being upheld (Acts 17:25) by the One who created and upholds the universe (Hebrews 1:3). Instead of seeking for a twin to Earth and intelligent alien life, these researchers should seek the Creator who loves them and died for them," Ham said in 2016.

Ham has also argued that the Bible does not give any evidence to believe that life may have been created anywhere outside of Earth.

Consolmagno insisted in the latest interview that there are big gaps in human knowledge of astrophysics, which makes the search for alien life important.

"Only then will we understand what life is and the fundamental chemistry of that. It could well be that our ideas about why life is here on Earth are just as wrong as our ideas about why solar systems were the way they were," the Vatican astronomer said.

In the past Consolmagno has spoken strongly against Christians who do not believe faith can coexist with science.

"To me (the issue) comes down to two problems: Scientists not having enough humility to understand that they don't have all the answers and religion not having enough to recognize that they can't tell God how He should have made the universe," he said last year.

I’m sure it’s the other way around for some of them...

Because they attend church, does not mean they are Christians... (Yoda, anyone?!)

OH.. btw.. I am sure it will tick off many here..
the PooP is definitely not a Christian...

Atheists tend to view science and religion as mutually exclusive. So do some religious people. I view them as simply different methods with different goals. Both are completely valid within their respective contexts.

I have never met an atheist that could discuss science at my level. Not one. They seem to be ignorant of science but use their position as an atheist to make the claim that they are smarter than everyone else.

I doubt this. I've been around enough scientists to know that most of them don't care what their colleagues' religious beliefs are.

What happens when you debate them?

I could agree with that. It’s the blurring of lines between them that generates controversy. When one introduces “why” instead of “how,” ie, conscious motivation, into science, it becomes religion. Better each stay in its own bailiwick.

A lot of atheists claim to be “pro-science” so they can use it as a weapon against religion. But they understand science very little if they think they can use it to disprove the existence of God. The scientific method does not prove or disprove anything. Nor is it ever “settled”, as the manmade climate change proponents often claim. It is an ongoing cyclical method that uses observation and experimentation to support or counter-support a theory. Evidence does not constitute proof, nor does the lack of evidence constitute disproof.

Sir Martin Rees, the “Astronomer Royal” in England, has said they he doesn’t believe in God, but still likes to attend church services for cultural reasons.

The “blurring of lines” is when you misuse either one. Science relies on skepticism. Religion on faith. When you have one using the tools of the other, you have the global warming fanatics and the flat earth fanatics.

Faith misusing science gets us anti-vax, and Christian Science.

That said, Venn diagrams are fun. 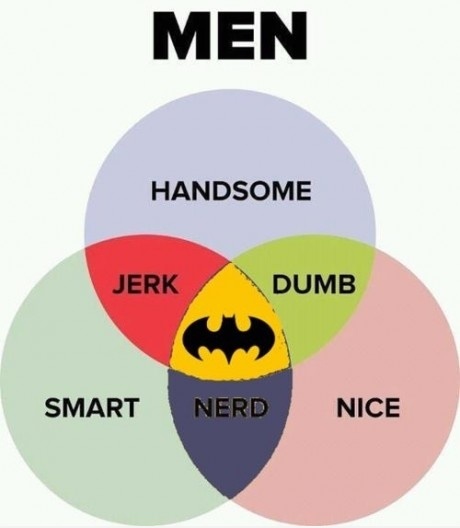 Lol, I like the batman in the middle. Exchange “nice” for “efficient” and you’ll probably have James Bond.

A large number of people are neither aetheists nor believers. They are cynical (or scared) whores.

After a few minutes their eyes glaze over and they stop talking.

Sometimes at the end of the session I tell them that I design and build my own telescopes.

Nothing is known for certain, but we can use the brains that God gave us to put 2 and 2 together. It doesn’t have to be a choice between knowing nothing and knowing everything. We can use the evidence of our senses and the power of our reason to arrive at most likely conclusions, too.

Vaccinations cause disease and death.
.