* Evicted five centuries ago by crusading Christians, the Arabs are back in Spain, using their oil dollars to buy land that was seized from their ancestors by the sword". — James M. Markham, The New York Times, 1981.

* The Madrid daily ABC wrote that 800 mosques in Spain are out of control. The Spanish daily La Razon charged that Gulf donors, such as Qatar, were a source of Spain's Islamization. The Saudis also launched a new Spanish television channel, Córdoba TV, as did Iran.

* They dream of, and work to, regain the "lost Caliphate" of Spain. Some Islamists do it with bombs and car-ramming attacks. Others, more surreptitiously, do it with money and dawa, Islamic propaganda. The second way may be even more effective than the first.

The ceremony in 2003 was announced with bombastic headlines: "After a wait of more than 500 years, Spanish Muslims, have finally succeeded in building a mosque of their own in the shadow of the Alhambra, once the symbol of Islamic power in Europe". A troupe from al Jazeera was sent to follow the event: a muezzin climbed to the minaret of the Great Mosque of Granada to call the faithful to prayer for the first time in five centuries.

From Osama bin Laden to the self-proclaimed Caliph, Abu Bakr Al Baghdadi, all the leaders of the global jihad -- including the terror cell that killed 17 people in Barcelona -- have mentioned Spain among the lands to be conquered by Islam. There is, however, not only jihad. There is also "the quiet conquest", as it has been dubbed by the French magazine, Valeurs Actuelles. The quiet conquest is a sinuous attempt to re-Islamize Spain through cultural centers, mega-mosques, proselytizing, conversions and financial investments. This pacific attempt to elicit submission......

Time for a new El Cid.

With Bammys help, they hope to extend the Caliphate across the USA. I hope everyone realizes that fact.

Its why the independence of Catalonia, Grexit, Brexit, etc... will all be good.

The EU is a statist, globalist construct. It it collapses, the people of Europe may find their independence - and their spine.

Islam conquers the EU Third World ... without a shot being fired!

Real question: what do Catalonians think of the Islamic reconquest of Spain?

ISIS has targeted the Sagrada Familia cathedral in Barcelona for destruction. What say the Catalonians? I see a lot of kumbaya since the latest terrorist street attack.

I live in Europe. I do not like Christians. But I prefer them to Islamists.

8 posted on 10/02/2017 6:02:19 PM PDT by Hrvatski Noahid
[ Post Reply | Private Reply | To 1 | View Replies]
To: originalbuckeye
With Bammys help, they hope to extend the Caliphate across the USA. I hope everyone realizes that fact.

Unfortunately, I think more people do NOT realize it, than do. I hope I am wrong, but I am not confident. Even after 9/11, people were calling it a religion of peace. When a sitting American President says that, we have a problem, though I don’t know what to do about it, other than keep talking to people about it.

Indeed. Islam is the most violent religion.

The difference between then and now is, all the university students on down were not even born when 9/11 happened, so there’s an entire voting bloc (God help us) that actually believes that nonsense. And just after 9/11, although some did insist that it was a “religion of peace,” skepticism nevertheless ran high.

The difference between then and now is, whatever trust Americans had for Saracens living among them was guarded. Today, those of short memory (and those who, as above, were not around to experience 9/11) welcome mass immigration with open arms and go out of their way to avoid “offending” them.

Catalonia has the highest percentage of Muslims in Spain and, especially if it becomes independent, will be islamic in about 10 years. 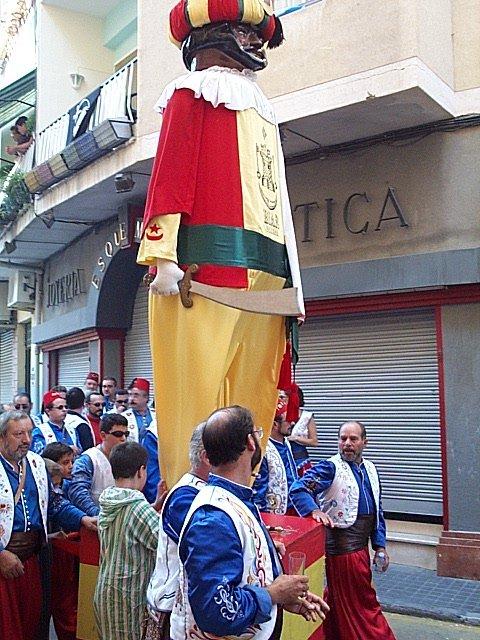 For nearly 4 centuries Spanish towns had a yearly “Moros y Cristianos” festival where they celebrated their victory over Islam by torching an effigy of Mad Moe . The end of this tradition is a sign of who their new masters really are.

14 posted on 10/02/2017 6:46:18 PM PDT by Nateman (If liberals are not screaming you are doing it wrong!)
[ Post Reply | Private Reply | To 1 | View Replies]
To: Hrvatski Noahid; metmom; boatbums; Elsie; aMorePerfectUnion; ealgeone
I live in Europe. I do not like Christians. But I prefer them to Islamists.

I lived in Europe from 1980 to 1984. I didn’t like it much, but I was also in Turkey. I REALLY didn’t like that.
I would suggest you DON’T visit Texas. The evangelical Southern Baptists will swarm you, like the the locust plague of Moses in Egypt. 😀😆😄🇵🇭

Why do you dislike Christians?

Croatia does not have many Muslims. I have Noahide friends in the South :)

Destroy islam.
Or be destroyed by it.

“using their oil dollars to buy land that was seized from their ancestors by the sword”.


You mean the land retaken from them after they invaded from North Africa and imposed Islam on Gaul.


They’re Arabs. The name itself tells you they came from the Arabian Peninsula, conquered large areas of Christian land, and imposed Islam on those conquered.