Best Ever Homily on The Solemnity of the Most Holy Body and Blood of Christ (
Deacon's Bench ^ | June 13, 2009 | DEACON GREG KANDRA 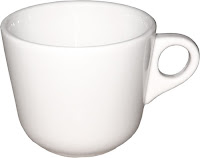 Back in the 1970s, when there was a lot of liturgical innovation going on, Dorothy Day invited a young priest to celebrate mass at the Catholic Worker. He decided to do something that he thought was relevant and hip. He asked Dorothy if she had a coffee cup he could borrow. She found one in the kitchen and brought it to him. And, he took that cup and used it as the chalice to celebrate mass.

When it was over, Dorothy picked up the cup, found a small gardening tool, and went to the backyard. She knelt down, dug a hole, kissed the coffee cup, and buried it in the earth.

With that simple gesture, Dorothy Day showed that she understood something that so many of us today don’t: she knew that Christ was truly present in something as ordinary as a ceramic cup. And that it could never be just a coffee cup again.

She understood the power and reality of His presence in the blessed sacrament.

Which is really the sum and substance of what we celebrate on this feast, Corpus Christi. The reason for what we will do today – celebrating with the monstrance, the music, the procession – isn’t to glorify an inanimate object, a bit of bread contained in glass.

It is to remind the world that in that bread we have been given Christ.

Not an idea. Not a symbol. Not an abstract bit of arcane theology. No.

It is wider and deeper and more mysterious than that.

Look at that host -- and you look at Christ.

Centuries ago, the early saint of the church, Justin Martyr, described how the first Christians received communion. They did it the way we do it today, offering their outstretched hands, one over another. And he put it so beautifully: “They make of their hands a throne,” he wrote. They make themselves ready to receive a king.

Do we understand that today? I’m not so sure. Too often, I think, we see the minister of holy communion as just a liturgical Pez dispenser – passing out a sliver of bread, again and again and again, and we don’t truly, truly, realize what is happening.

I’ll tell you what is happening.

We are receiving an incalculable gift. We are taking into our hands, and placing on our tongues, something astounding.

We are being given God.

Look at the host, and you look at Christ.

Too often, we take it for granted. It’s just one more part of the mass. Something else to do.

When I was in formation, I remember a talk given on the Eucharist by then-Father Caggiano. He spoke of St. Francis of Assisi, one of the holiest saints of the church. During his entire life, Francis received the eucharist only three times. It was that sacred to him – and he felt himself that undeserving.

He understood, deeply, the words we pray before we receive communion.

None of us is. And yet, he gives us himself anyway. The God who became man for us...again and again becomes bread for us.

Look at the host, and you look at Christ.

Everything we are, everything we believe, everything we celebrate around this altar comes down to that incredible truth. What began two thousand years ago in an upper room continues here, and now, and at altars around the world. The very source of our salvation is transformed into something you can hold in the palm of your hand.

A lot of you know Sister Camille D’Arienzo, who has been here many times to speak. She tells the story of a priest who was pouring some unconsecrated communion wafers from a bag, to get ready for mass. Some fell on the floor. He bent down and picked up the stray hosts, just ordinary wafers, unconsecrated, to throw them out. And he held one between his thumb and forefinger and showed it to her. “Just think,” he said, “what this could have become.”

My question on this feast: what will we do with that knowledge? Once we have been transformed, by bread that has been transformed, how can we leave this holy place without seeking to transform the world? How can we just go out and head to brunch, or dinner, or out to do yardwork or the weekly grocery shopping?

We carry something greater than ourselves. And that makes us instruments of God’s great work in the world – literally.

In some small way, we have been changed.

You’ll notice that when the priest or deacon celebrates Benediction, he uses what is called a “humeral veil.” He wraps this long cloth around his hands and then takes hold of the monstrance to offer a blessing. There is a reason for that. It is to signify that the blessing comes not from the hands of the priest or deacon. It comes from Christ himself. The one holding the monstrance is merely the instrument.

When we receive communion, that is true for each of us.

We become instruments of Christ, bearers of Christ.

Dorothy Day knew that an ordinary cup that had contained the blood of Christ could never be just a cup again. Well, what’s true for a ceramic cup is true for each of us. Once we have received him, we can never be the same again.

What will we do with that knowledge?

How will we use what has changed us…to change the world?

Nice. Thank you. I shall think of this tomorrow at Communion.

Beautifully put ... makes you think a whole
different way. Thanks for posting.

Wasn’t this a remarkable explanation of communion? Mighty.

Was I being judgmental when, after Walter in Gran Torino did his confession, the Priest did NOT say “go and sin no more” to him? It felt somehow incomplete.

I have always found that to be the most important part of Confession. It isn’t just the cleansing, it is the promise to God to not do it again. Else, Confession is a Sin-ATM.

I may not be of the Church, but I defend her like a beloved sister.

If he made his Act of Contrition, he promised to sin no more.

Heck, I'm still trying to get over the bone-headed, disrespectful use of a coffee cup as a chalice!

When take the host or the chalice, we say AMEN, and acknowledge and believe that this is the body and blood of Jesus Christ.

Thank you God for your sacrifice and wonderful gift.

**Dorothy Day knew that an ordinary cup that had contained the blood of Christ could never be just a cup again. Well, what’s true for a ceramic cup is true for each of us. Once we have received him, we can never be the same again. **

What a wonderful image to treasure! WE ARE a sacred vessel.

Fr. Corapi said that he was thrown out of the first order he joined. The unrest began when he discovered sacred vessels in the sacristy, that had not been purified. He went on to explain that visible particles - even one drop of precious blood - meant that Jesus was still present. One by one, he would purify the sacred vessels, each and every day. He spoke with the other members who agreed in transubstantiation but claimed that Jesus was only present during the Mass. He called them on this, explaining the error in their thinking (he has 5 degrees - the maximum one can obtain - in the Church. They disregarded his teaching. The following week, after purifying the vessels again he gathered all the candles he could find, and lined them up in the sacristy, where he knelt down in prayer. He felt that such revilement required a Holy Hour. While at prayer, the Director of the Order confronted him in the sacristy. Within a matter of days, he was tossed out from the Order.

This tidbit was included in his presentation on the Holy Eucharist.

I watched Fr. Corapi on EWTN last night. Loved that story. I can just picture his reactions when he first found out about the heresy being committed.

18 posted on 06/14/2009 8:10:36 AM PDT by Not gonna take it anymore
[ Post Reply | Private Reply | To 17 | View Replies]
To: All
Know Him in the Breaking of Bread - A Guide to the Mass
The Early Christians Believed in the Real Presence of Christ in the Eucharist
Best Ever Homily on The Solemnity of the Most Holy Body and Blood of Christ
Corpus Christi: The Body and Blood of Christ (Procession) [Catholic Caucus]
Focus on the Real Presence

Corpus Christi (by St. Peter Julian Eymard)
Beginning Catholic: The Eucharist: In the Presence of the Lord Himself [Ecumenical]
Christ the Miracle Worker in the Eucharist(Catholic Caucus)
St. Cyril of Jerusalem: Catechetical Lectures - Lecture XXII on the Body and blood of Christ
Transubstantiation—Hard to Believe? [open]

On Daily Bread [OPEN]
The Meal of Melchizedek (what is meant by Christ’s words, "This is my body; this is my blood")
The Eucharist: The Lord's Supper
Pope Benedict--Jesus' Incarnation and Presence in the Eucharist confounds the wisdom of men
Corpus Christi Quiz

Pope leads Corpus Christi observance
This is My Body, This is My Blood
Feast of Corpus Christi - Sacrifice, Fellowship Meal or Real Presence?
The Eucharist and the Mystery of Fatherly Love
The Consecrated Host truly is the Bread of Heaven