“For the fifth time, this isn’t just offensive. This is illegal. This is a crime. A very serious crime.”

“What we learned on Friday is that Big Tech works aggressively and in secret with government agencies to subvert the outcome of what the rest of us assumed were free and fair elections,” Carlson said. “During the 2020 election, Twitter did this with the help of the FBI, committing censorship on behalf of one candidate while working to hurt the other candidate.”

“It is hard to imagine a more brazen attack on our democracy than this,” Carlson continued. “This is not how our system is supposed to work. In fact, it’s illegal.”

“What Twitter did is a violation of the First Amendment as well as of established campaign finance law,” Carlson added. “They never declared those contributions to the Biden campaign. That’s a crime.”

Twitter subverted the outcome of the 2020 election with the help of the FBI by committing censorship on behalf of Joe Biden. https://t.co/gIX7GZhCWA pic.twitter.com/gahNHD5wRS

Carlson went on, “Of course, the FBI was working secretly with Twitter and the Biden campaign to control your brain by limiting your access to factual information. That’s how elections work. Or they’re attacking Matt Taibbi personally for daring to write the story.”

“In the United States, you get to say, as an American citizen, what you believe. Period. And under no circumstances ever may the government infringe on that right,’ the Fox host added. “Period. Again, that’s the First Amendment. And thanks to “The Twitter Files,” revealed on Friday night, we know the First Amendment has been violated more profoundly than at any time in our lives.”

“And in those meetings, the FBI specifically warned about hack and leak operations by state actors that would involve Hunter Biden and would, “likely come out in October,” Carlson noted.

“For the fifth time, this isn’t just offensive. This is illegal. This is a crime,” Carlson concluded. “A very serious crime. A crime against our democracy, not trespassing in the Capitol or gazing upon Nancy Pelosi’s desk, influencing the outcome of elections. It’s beyond belief. It’s also very common, much more common than anyone thought.”

Color me not surprised to find out the FBI fixer (Baker) somehow got into a position to review and delete any incriminating evidence against the FBI BEFORE anyone else, including Musk, got to see it.

I still don’t understand why folks who ignored the covert 4am Joe Biden ballot dumps in 2020, not to mention all the voting machine irregularities NOW have their panties all in a bunch because mud was suppressed and MAY have swayed a few democrat voters..

Don’t worry, the new congress vows to hold investigative hearings. They’ll use their subpoena powers to place people under oath.

Wait,uh these agencies are part of the executive branch...right? How does that work?

Yet Cucker’s still happily cashing checks from FOX, who were compliant in the 2020 election theft as well.

7 posted on 12/07/2022 1:46:14 PM PST by Boogieman
[ Post Reply | Private Reply | To 1 | View Replies]
To: SoConPubbie
I see that the new tactic used worldwide by the Deep State is subverting elections. Brazil was clearly fraudulent. In the UK when Liz Truss won to everyone's surprise—whoosh!, she was removed in a couple of weeks, replaced my a non-Briton globalist dark secret. In the USA we see how the Deep State queered the midterms, where the outcome did not match any of the polling—statistically impossible at those margins.

The globalists have realized it's easier to queer elections than to foment open revolution.

Tucker obviously is abused of the notion that the vote count had something to do with who was proclaimed the winner.

And obviously the committed vote fraud along with this election fraud.

And ... nothing will be done. Merrick Garland the AG represents the elite interests of the Democrat party and likes voter fraud ... against Republicans.

This needs to be hammered constantly into the empty heads of low-info Americans. We're not talking about "merry prankster" chuckle chuckle political tricks here. This is criminal fraud, and might amount to treason. 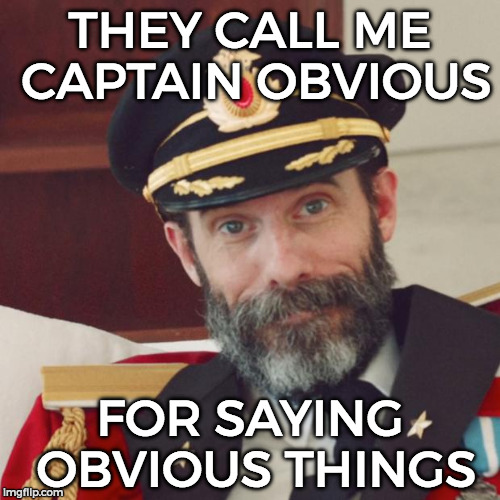 AFAIK, Tucker never said a word during the final Arizona certification battle. I waited for days for him to report on it. Crickets. Did Fox muzzle him again?

We can’t have the FBI behaving like the CIA.

Carlson says, “This is a crime.”
It sure seems like it ought to be, but what exact statutes were violated by Twitterers and/or the FBI? Who is responsible for enforcing them?

Biden has already threatened to use the govt hammer
to investigate Twitter exec Musk on multiple occasions,
which isn’t surprising considering its unprecedented reveals
about crackhead ne’er do well Hunter Biden and antagonizing about free expression.

<><>BIDEN, in 2020, used unconstitutional methods to suppress the vote,

<><>BIDEN used his Official Capacity in a criminal fashion,

<><>BIDEN is looking at Civil Asset Forfeiture for profiting from HIS Criminal Enterprises.

“Lunchbox Joe”” is not the grinning hapless everyman he displays to us peons but
(1) a devious, calculated shyster who will do any thing to win
(2) with his obsessive fixation on manipulation of facts
to hide his ne’er do well family from public scrutiny.

The rest of the MSM are poop.

Why not. There was an Inquisition rep in every colony of the Spanish Empire, back in the day. So why should the Federal Bureau of Infiltration do any different.

seems far worse than watergate to me, and now they are attempting to cover it up