The White House on Monday dismissed a release of Twitter emails showing internal discussions around suppressing stories about Hunter Biden's laptop as 'old news' and a distraction from the real issue of why the platform was not doing more to tackle hate speech.

Conservatives have seized on the release, dubbed the 'Twitter files', as evidence that Democrats are in league with tech giants as they suppress unflattering stories.

But Press Secretary Karine Jean-Pierre played down the impact of Elon Musk's decision to release the information.

'We see this as an interesting ... or a coincidence, if I may, that he would so haphazardly push this distraction that is so full of old news, if you think about it, and at the same time, Twitter is facing very real and very serious questions about the rising volume of anger, hate and antisemitism on their platform, and how they're letting it happen,' she said.

'And, you know, the president said last week, more leaders need to speak out and reject this. And it's very alarming and very dangerous.'

Files released on Friday evening included attempts by members of the Biden campaign and the Trump White House to have executives review or remove tweets.

But they focused on the decision by Twitter to suppress an unverified New York Post story about Hunter Biden's laptop.

The story's reach was quickly limited on Twitter and Facebook over fears that it could have been the product of hacking or a Russian disinformation attempt.

Social media platforms had been on high alert for foreign influence campaigns after Wikileaks published hacked emails from Democratic Party officials during the 2016 campaign.

You can just smell the fear and desperation.

What else is she going to say? Hunter and Joe sold America down the drain for personal wealth? Which is true.

I hope I live long enough to see traitors hang.

Yes! I love the smell of fear early in the morning. 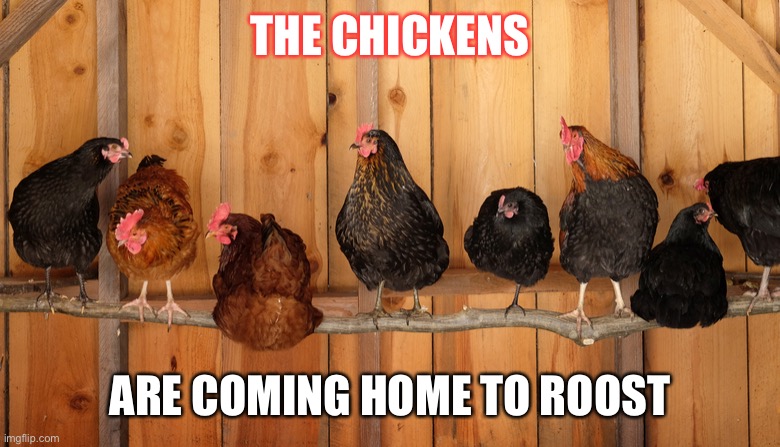 No offense intended toward Chickens!

As if they didn’t say at the time that it wasn’t true.

That was part of the clintons approach to bad news. They would deny and deny things that happened.

Then when the truth cannot be denied any longer, then the Clinton approach was to say , well , this is old news now it’s already been dealt with.

That was definitely the Clinton approach with every so-called bimbo eruption , including Monica Lewinsky.

Hate and discrimination = criticism of liberalism. The Biden Crime Family is part of The Democrat Party Organized Crime Syndicate.

“Let’s all steal! There aren’t enough prison cells for all of us!”

This can be boiled down to the two classic replies: ‘It ain’t so!’ and ‘So what?’ The Biden WH has transitioned from the first to the second. I suppose you could say there’s a third: ‘Look over there, a squirrel!’

Well, yeah, the fact that the Biden family is corrupt and Joe and Hunter are a couple of major sleazeballs is indeed old news, but most people aren’t aware of it because of the mainstream media shills sweeping it under the rug.