Joe Biden and other world leaders held a donor conference Wednesday in New York for the Global Fund Conference. The Global Fund to Fight AIDS, Tuberculosis and Malaria raised $14.25 billion. This was the highest amount ever pledged for the health organization but it fell short of its $18 billion goal.

The United Kingdom and Italy said they would announce their pledges at a later time. Joe Biden generously pledged $6B on behalf of the United States. Your tax dollars at work.

The Global Fund has a record of decades of progress against the diseases but was set back by the COVID pandemic. The Global Fund was created in 2002 and brings together governments, multilateral agencies, civil society groups, and the private sector. Each funding cycle last three years.

As we know, Biden is in New York for the U.N. General Assembly. He delivered an address Wednesday and he also spoke at the Global Fund Conference. Many observers of Biden know that he usually does something cringeworthy at these big gatherings. Besides his usual difficulties in clearly articulating a major speech before the leaders of the world, he ended his speech by thanking the audience for their tolerance and for listening to him. It was weird and embarrassing. Instead of projecting strength, Biden ended on a passive and groveling note.

Where ya going, Big Guy? pic.twitter.com/hvMjZlprWb

Note that whoever that was trying to speak and distract the audience to give Biden’s dazed and confused routine cover was a little surprised to see Biden stop, listen to him for a moment, and then try to leave again. What a mess.

Where is his staff? Why wasn’t someone there to step forward and tell him what to do?

As applause ensued, the U.S. president began walking off the stage before abruptly stopping in his tracks and looking around with an appearance of confusion on his face.

He then seemed to ask people on the ground how to get off stage and did a few stuttering steps.

A man came to the microphone at the event to say: ‘Uh, Mr. President, thank you,’ as he wandered around the stage.

This caused further confusion on the part of the president who slowly inched his way off stage, stopping every few steps to look back at the speaker thanking him for his leadership and remarks.

The clip of the awkward side-steps went viral on social media as another example of doubt regarding Biden’s physical and mental fitness for the presidency. On Sunday during his 60 Minutes interview, Biden shot down suggestions he was too old or unfit to run again in 2024 – and said ‘watch me’.

Does he really want us to watch him?

After Biden pledged the American contribution – subject to Congressional approval – the president of South Korea was caught on a hot mic ranting about Biden. He wanted to know why Biden would give Congress the opportunity to embarrass him by rejecting the amount of the pledge. Them’s the breaks, President Yoon Suk-yeol. That’s how it is done in the United States.

Yoon, a political novice who took office in May, is in New York for the United Nations General Assembly, and chatted on Wednesday with Joe Biden during a photo op at the Global Fund where the U.S. president had just pledged $6 billion.

“How could Biden not lose damn face if these f****rs do not pass it in Congress?” Yoon was caught saying to his aides afterwards in video that went viral in South Korea.

A YouTube video of Yoon’s comments racked up over two million views just hours after it was posted, and “f****rs” became the number one trending topic on Twitter in South Korea on Thursday.

“The president’s words and actions are the national dignity of the country,” one YouTube commenter wrote.

Yoon’s crude comments appear to refer to Mr. Biden’s drive to increase U.S. funding to the Global Fund, which would require congressional approval. The fund is a global health care initiative founded more than two decades ago to battle HIV and tuberculosis around the world, but which now works to ensure access to health care for people across the developing world.

Perhaps the new South Korean president should remember that the United States is his country’s key security ally. There are about 27,000 troops in South Korea.

South Korean officials tried to do some clean-up after the remarks went viral.

“He wasn’t speaking publicly on the stage but in passing, and although I don’t know who recorded it and how, I actually think it should be verified,” a South Korean official told reporters afterward, according to Yonhap.

“I think it’s highly inappropriate to draw a link between private remarks and diplomatic accomplishments,” the official added, referring to criticism that Yoon had created a diplomatic disaster. “It’s quite regrettable that a diplomatic disaster is being talked about over something like that when he is doing everything to complete a demanding schedule in the national interest of the Republic of Korea.”

Whatever happened to Biden crowing about America being back on the world stage? He’s being mocked and laughed at. It’s sad. Biden is too old for the job. The longer he is in office, the worse it gets.

This is really bad. In an earlier thread I said he seems to be getting worse.

Most popular President ever.

He is worse......it’s not going to get better ....anyone who has had family members with cognitive issues as his knows how this goes. All a matter of time.... 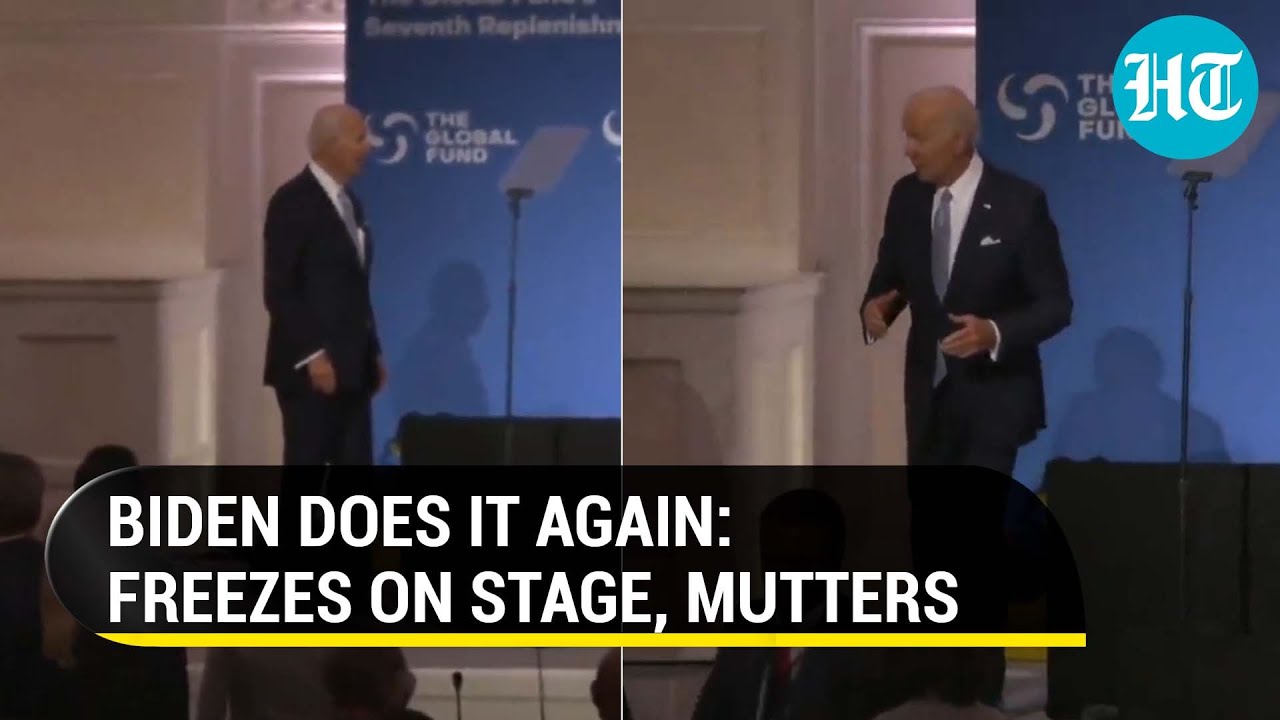 The Global Fund to....line the pockets of more and more liberal elitist scumbags who just don’t have enough mansions and swimming pools yet.

Ha! The Korean guy just ensured it isn’t going to get past congress.

In Korea as I’m writing this.

This is very sad. His family and the Democrat Party are to blame for this wreck of a man being our POTUS.

Just a 🐪🐫 nose under the tent flap.

His family and the Democrat Party are to blame for this wreck of a man being our POTUS.

81 million Americans voted for a guy who didn’t campaign, chose one of the least favored of all for a running mate, and couldn’t even get 30 people at a rally. On top of that, he offered nothing but “I Hate Trump” as his msg. Oh, and he obviously has mental issues that looks strikingly like dementia, maybe even on-set Altzheimer’s. All of that and 81 million voters came out and voted for him. Mostly by mail in ballots.

I already loathe democrats and would never trust a single thing they say, but now, I don’t trust that we’ll have free and fair elections ever again either.

Thanks alot Obama. You made yourself filthy rich and destroyed alot of America at the same time. A nice twofer for you and Mike, huh? You’re also responsible for giving us this geriatric lunatic too.

It does not bode well for this nation

Biden needs one of those brain implants Klaus Schwab was talking about so his handlers can steer him by remote control.

Global Fund...wonder if that’s like the Human Fund? “Money For The People.” You can make your contributions directly to me via cash, check or money order. ;)

I dont mind the TB and Malaria but AIDS doesnt need money to be controlled ...

He is getting worse.

There’s more where BiteMe came from.

20 years ago I would not have believed all that we have seen so far.

A republic if we could keep it...

Both of those were his lifelong objectives. A horrible human being. ChiCongo ghetto trash hailed a savior by AmeriKan blax and brainless white liberals.

(Yes, I know. "Brainless" and "liberal" are redundant, but you get the point.)