WASHINGTON—A federal judge on May 19 denied a request for a mistrial from the former Hillary Clinton campaign lawyer who is on trial for allegedly lying to the FBI.

U.S. District Judge Christopher Cooper, the Obama appointee overseeing the case, agreed to strike certain portions of testimony delivered Wednesday by Marc Elias but rejected the request for a mistrial.

When Elias was asked by the defense whether Sussmann took information on Clinton rival Donald Trump to the FBI on Sept. 19, 2016, on behalf of Clinton’s campaign, Elias said “from my standpoint, I would say no,” but also told the defense to ask Sussmann.

“Portions of Mr. Elias’s answer—namely that ‘you’d have to ask Mr. Sussmann’ and ‘on behalf of’ is kind of like a subjective intent thing’—were nonresponsive and prejudicial. Although Mr. Sussmann was prejudiced even then, the defense declined to draw attention to the comment in the presence of the jury,” defense lawyers wrote in a motion filed later Wednesday.

1. The government did not in any way prompt Elias to say "you have to ask Sussman". He went out of his way to say it. Elias is a lawyer, so he would know that such a statement directly improperly touches on the right against self-incrimination. So he set this up on purpose.

2. The defense objections to the whole line of questioning (which was not improper in any way) would only make sense if they knew Elias would respond this way.

So the whole thing was a careful setup to make it seem that it was obvious that the prosecution's line of questioning was designed to prompt such an improper reply.

So it was a calculated strategy to blow up the trial. Not something you do if your read of the jury is that they are good for the defense and you think the next jury is unlikely to be better.

Seems like pretty good work so far from an Ødunghole appointee . . .

The Obama judge has his instructions to make Sussman the fall guy. That’s why this went to trial. If he took a plea deal, Durham would have wanted details on the higher-ups in exchange. He’s Hillary’s scapegoat.

I admire your optimism. More likely they are going to do the full trial get Sussman acquitted and use that yo discredit and shut down the Durham probe.

That’s what I’m thinking. She may have to shell out a post-prison multi-million dollar bonus from her Clinton Family Foundation slush fund, but better than HER getting in trouble - again... OR! he could just Arkancide himself with a bedsheet tied to his bed in his cell, too.... 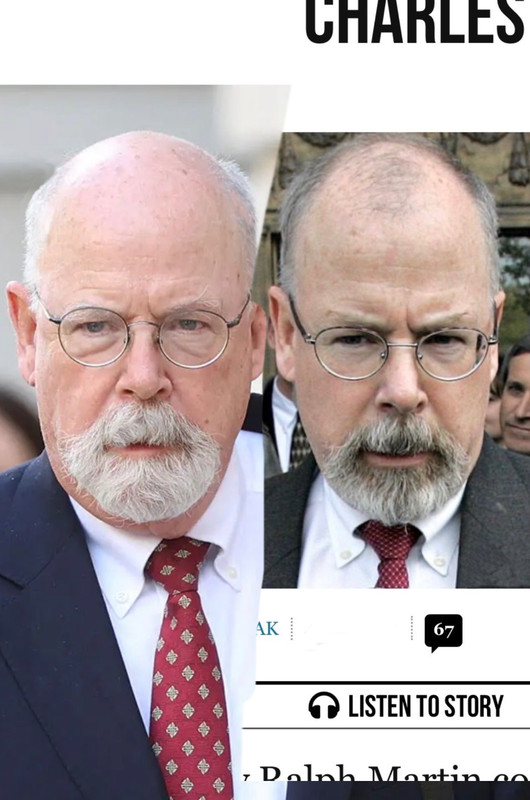 THIS IS HOW LONG DURHAM HAS BEEN RUNNING OUT THE CLOCK

I was thinking - give Durham a low-level face saving win and ends the hunt.

These people feel so entitled.. laws are for the little people..

The reason Sussmann went to trial is because he knows that no Democrat can be convicted of a politically motivated crime in Washington D.C.

I love it. EVERYTHING Elias says in this trial under oath will come back to him in front of a Congressional Committee in 2023.

16 posted on 05/19/2022 8:20:41 AM PDT by StAnDeliver (Enjoy the parade of Putlim Soviet c!rclejerkers lining up for the Tedlim-style putsch)
[ Post Reply | Private Reply | To 1 | View Replies]
To: Renfrew
More likely they are going to do the full trial get Sussman acquitted and use that yo discredit and shut down the Durham probe.

I think that's still a possibility but if it were the plan I don't see how yesterday's attempt to sink the trial would be a part of the plan.

17 posted on 05/19/2022 8:25:25 AM PDT by edwinland
[ Post Reply | Private Reply | To 6 | View Replies]
To: zeestephen
The reason Sussmann went to trial is because he knows that no Democrat can be convicted of a politically motivated crime in Washington D.C.

That could be true but then why would they try to sink the trial and then have to start again next year? Wouldn't they want the acquittal ASAP?

Or declaring a mistrial presents the risk of the trial landing in a court that does not have a rat Judge.

The fix was in from the start.