How Minnesota Went From Tom Sawyer to Huck Finn Fifty years ago it was ‘the state that works.’ Now it’s become a microcosm of an America in crisis.
Wall Street Journal ^ | 1/21/22 | Lance Morrow

I wrote an August 1973 cover story for Time magazine that praised Minnesota as “the state that works.” The cover photograph showed Gov. Wendell Anderson, dressed in a plaid flannel shirt, grinning and holding up a northern pike that he had just caught in one of Minnesota’s 12,000 lakes.

The story began with this archaic rhapsody: “It is a state where a residual American secret still seems to operate. Some of the nation’s more agreeable qualities are evident there: courtesy and fairness, honesty, a capacity for innovation, hard work, intellectual adventure and responsibility. . . . Minnesotans are remarkably civil; their crime rate is the third lowest in the nation (after Iowa and Maine).”

Almost 50 years later, I received an email from an old friend who lives in Minneapolis. He began: “Another report from the hinterland. The people of Minneapolis now share online updates of carjackings and other crimes. It would be difficult to exaggerate the extent of violent crime throughout the city. Everyone now knows someone who’s a victim. This will be a huge issue in this year’s elections.”

...What happened? Minnesota once enjoyed a high degree of social cohesion rooted in the traditions of previous waves of immigrants. But as the region has grown and become more diverse, the Twin Cities in particular developed most of the problems that bedevil much of the rest of urban America (crime, unemployment, drugs and so on). The reasons for this are complicated and widely debated. In any case, Minnesota now ranks among the worst states in the country when it comes to racial inequality.

Imported people from s***hole countries and they’ll turn the new country into the next s***hole. 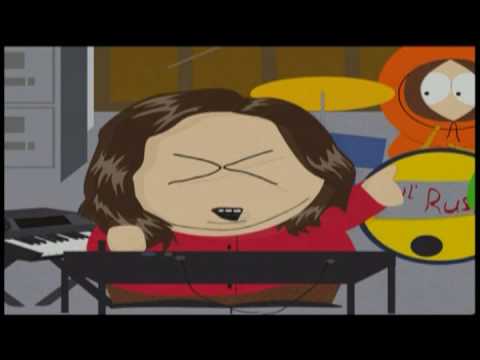 4 posted on 01/22/2022 6:12:19 AM PST by Jan_Sobieski (Sanctification)
[ Post Reply | Private Reply | To 1 | View Replies]
To: MAGA2017
The article unintentionally blames diversity for Minnesota's problems. Diversity is toxic. It divides people into tribes, each with their own agenda. Diversity has made all our urban areas dangerous and unlivable.

The effects of “The Great Society”, smelly hippie dopers, and unrestricted immigration kicked in.

3 words to tell you what happened to Minnesota

His immigration policies and importing Syrian “refugees” from his personal wars are a direct reason Minnesota is as it is today.

I recall, when Somalis were being imported en mass into Minneapolis, a reason was given that Minneapolis was “too white”.

“I you free them, they will destroy you.” - Heraclitus of Athens

Can you say muslims?

Diversity, Inclusion and Equity must DIE to save this country.

The real problem are the Somalis ... way before Obama ...

It's why Minnesota always threatens to go red in presidential "elections" - but never does.

I recall first seeing those damned “Celebrate Diversity” bumper stickers showing up years back. My reaction then, as it is now, was that unity, and the shared experiences of our culture, should be “celebrated” (as they once were), not categorical differences. I’d call them fools, but their inspiration was sinister.

"What a complete, total, absolute sham," Vin Weber, a former House member from Minnesota and now an adviser to Coleman, told the Minneapolis Star Tribune. The Democratic party "clearly intends to exploit Wellstone's memory totally, completely, and shamelessly for political gain. To them, Wellstone's death, apparently, was just another campaign event."

This was the earliest, most visible sign that leftists - never a group that was for tradition or decorum in the first place - would weaponize EVERYTHING for political gain.

Minnesota became Ground Zero for that strategy, and the impact is now being crystallized.

That, and the government unions, particularly the education union, which owns St. Paul.

And I’m convinced more than ever that, like other so-called “blue” heartland states, Democrats are running things due to systemic election fraud in those metropolitan areas.

I’ve compiled a list of the great societies in history that celebrated and practiced diversity, at the end of this post.