My friend: “Latino is literally all-inclusive. To change it to Latinx is not only counter-intuitive to the language, but offensive in trying to make a Spanish word fit English norms.”

Dem Pollster: Use of Term “Latinx” Hurting Democrats, Latinos/Hispanics Hate It My friend: “Latino is literally all-inclusive. To change it to Latinx is not only counter-intuitive to the language, but offensive in trying to make a Spanish word fit English norms.”

We all know the Democrats and the left love to twist language and change definitions. I mean, we know they do not fit the definition of liberal or progressive.

We also know they have an obsession with gender-neutral language. English is not a gendered language unless talking about your biological sex. The language offers neutral language with “they,” “them,” “we,” “us,” and “it.”

The world has many gendered languages like Spanish. Since the Democrats and the left obviously know what is best for everyone they’ve tried to take over the Spanish language.

We have Latino and Latina. A mixed-gender group of people is referred to as Latinos.

Well, despite the constant push from the left and the Democrats, a new poll from Bendixen & Amandi International showed Latinos do not care or find the word Latinx offensive and bothersome.

The company split the results into three groups: age, political party, and country of origin.

The vast majority of respondents chose Hispanic as the term closest to describing their ethnic background, including Democrats!

The company then asked the respondents if the term Latinx offends or bothers them. The people could answer “Yes, a lot,” “Yes, somewhat,” “Yes, a little,” “No, doesn’t bother me,” and “Don’t know/No answer.”

A combination of the yes questions added up to 40%. Yes, 40% of those polled find Latinx offensive or bothersome. But 57% of them said it doesn’t them.

Still, though, 40% is quite a bit. Pollster Fernand Armandi said: “The numbers suggest that using Latinx is a violation of the political Hippocratic Oath, which is to first do no electoral harm. Why are we using a word that is preferred by only 2 percent, but offends as many as 40 percent of those voters we want to win?”

Armandi pointed out the word Latinx is not the main reason why the Latino population has shifted to the right. He is correct. Republicans have made an incredible effort to reach out to the community. The situation on the border has not helped either.

My Mexican friend has been screaming about Latinx since it blew up. She tells me all the time it’s offensive. Today she told me: “Latino is literally all-inclusive. To change it to Latinx is not only counter intuitive to the language, but offensive in trying to make a Spanish word fit English norms.”

Joaquin Blaya, a founder of Univision and registered Democrat, said Latinx is not Spanish:

One of the founders of Univision, Joaquin Blaya, said they built the network around the concept of using the words Latino and, especially, Hispanic, because it reflected the Spanish language and united Spanish speakers from across Latin America. He said his objection to Latinx is that it’s “too weird. It’s dumb. It’s foreign. It’s not Spanish.”

“Democrats are helping Republicans make them look out of touch,” said Blaya, a registered Democrat. “We built a network around our Spanish language and we have a shared culture around it. Why are we trying to change this? It’s offensive to a lot of people.”

I wonder how the numbers would look if Bendixen & Amandi International polled people under the age of 18. It seems the younger generation has embraced Latinx.

You can’t take gender out of a language. They should try doing it to Italians and see what happens. lol

Who thought of it in the first place?

Who’s gonna break it to ‘em that there woke Democrat “friends” insist there are waaay more than two genders? And that they expect their Latinx allies to like it and get with the program?

How is that pronounced, anyway?

8 posted on 12/06/2021 6:09:29 PM PST by jimfree (My 19 y/o granddaughter continues to have more quality exec experience than Joe Biden.)
[ Post Reply | Private Reply | To 1 | View Replies]
To: nickcarraway
So "Latinx" drives Latinos crazy? What about the crap that us other Normals have to put up with? 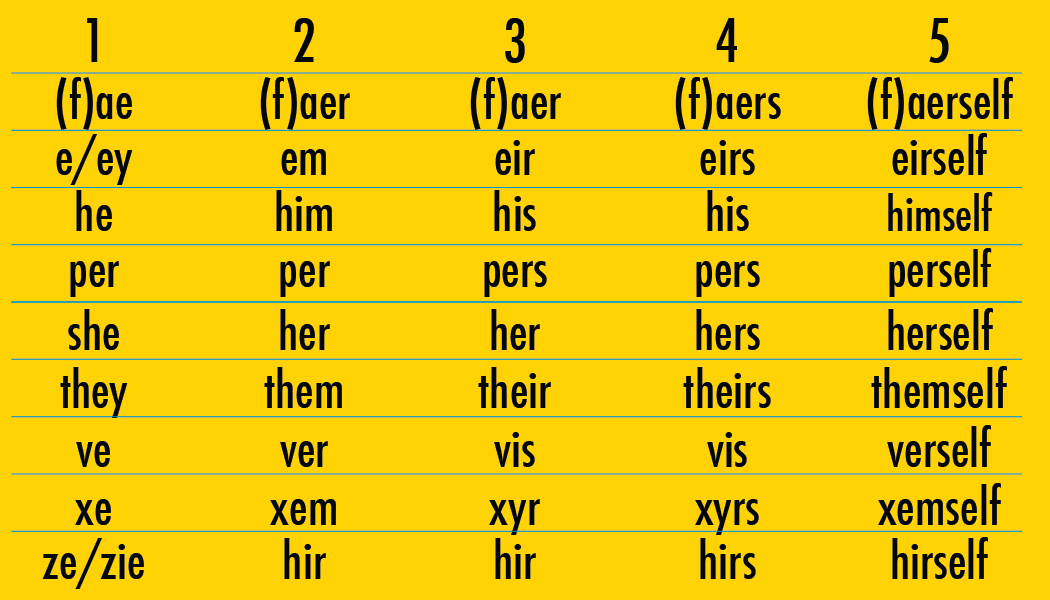 That's the democratic party for you - they claim to be all about inclusion, acceptance, diversity, etc. Yet they turn around and label or pigeonhole people into demographic groups to play off against each other. Pathetic.

Heck, getting all those Indians (Native Americans) to call themselves Latinos and Hispanics only took a little over 300 years.

Give it a couple hunred years or so.

A white female professor of sociology at a 2nd or 3rd tier college or university?

“Latino” for men and “Latina” for women makes sense.

“LatinX” is bizarre and does not make any sense at all.

Apparently the wokesters want it to be Latin-ex but I saw it in print first and immediately thought Latinks.

It's a loser idea in multiple ways. lol

15 posted on 12/06/2021 6:16:40 PM PST by rbg81 (Truth is stranger than fiction)
[ Post Reply | Private Reply | To 1 | View Replies]
To: nickcarraway
The Republicans have the best chance to reach out to the Hispanics. Jewish-Americans and Indian-Americans should be in the GOP. But they are staunchly Democratic.

I think with the culture issues, the Republicans have a real chance to make inroads with the Hispanics because they are not as "woke" as the current Democratic Party is.

I thought La’tinx was a tranny’s thin urinary dribble.

The general response as I hear it is “WTF?”