Yesterday, in response to a multi-state lawsuit led by Missouri, a federal court barred the Biden administration from enforcing a vaccine mandate for health care workers in 10 states who are employed at federally-funded health care clinics. That means they doctors and nurses can’t be fired for refusing the COVID vaccine despite Biden’s federal mandate requiring them to get it.

Today, a federal court in Louisiana expanded on that ruling and blocked the vaccine mandate nationwide.

Doughty ruled on the lawsuit led by Republican Louisiana Attorney General Jeff Landry and joined by 13 other states, but Doughty added a nationwide injunction in his ruling.

“If the executive branch is allowed to usurp the power of the legislative branch to make laws, two of the three powers conferred by our Constitution would be in the same hands,” Doughty wrote. “If human nature and history teach anything, it is that civil liberties face grave risks when governments proclaim indefinite states of emergency.”

Louisiana Attorney General Jeff Landry praised the ruling and slammed Biden for “villainiz[ing] our healthcare heroes with his ‘jab or job’ edicts.”

“While our fight is far from over, I am pleased the Court granted preliminary relief against the President’s unconstitutional and immoral attack on not only our healthcare workers but also the access to healthcare services for our poor and elderly,” Landry said. “I will see this case through to the end – fighting every step of the way to prevent the federal government from imposing medical tyranny on our citizens and turning last year’s healthcare heroes into this year’s unemployed.”

Yesterday, US District Court for the Eastern District of Missouri issued a preliminary injunction on the Biden mandate, which required health-care workers to be vaccinated by January 4, 2022. Judge Mattew Schelp issued the preliminary injunction for workers at Medicare- and Medicare-certified medical facilities in Alaska, Arkansas, Iowa, Kansas, Missouri, New Hampshire, Nebraska, Wyoming, and North and South Dakota.

“The mandate requires nearly every employee, volunteer, and third-party contractor working at fifteen catogires of healthcare facilities to be vaccinated against SARS-CoV-2 (“COVID”) and to have received at least a first dose of the vaccine prior to December 6, 2021,” court documents show. “Congress did not grant CMS authority to mandate the vaccine. Plaintiffs are likely to succeed in their argument that Congress has not provided CMS the authority to enact the regulation at issue here.”

Further, Schelp made the argument that a shortage of healthcare workers caused by the vaccine mandate is far more damaging than unvaccinated workers continuing to see patients.

“According to CMS, the effectiveness of the vaccine to prevent disease transmission by those vaccinated is not currently known, what is known based on the evidence before the Court is that the mandate will have a crippling effect on a significant number of healthcare facilities in Plaintiffs’ states, especially in rural areas, services (resulting in no medical care at all in some instances), and jeopardize the lives of numerous vulnerable citizens. The prevalent, tangible, and irremediable impact of the mandate tips the balance of equities in favor of a preliminary injunction,” Schelp wrote.

These are 10 states that were part of one of the lawsuits as many as 27 states filed against the mandate. They claimed that the vaccine mandate was unconstitutional.

Biden directed OSHA to make a new “workplace safety” rule: any employer with 100 or more employees must require those employees to be vaccinated or submit to weekly testing. Private and religious employers failing to comply could be subject to crippling fines. Eighty million Americans could be affected.

With many Christian employers and employees not wanting to get the vaccine for religious reasons and with pro-life Americans having concerns about the various vaccines and their ties to cells from aborted babies, many Christian groups like Alliance Defending Freedom have also filed lawsuits against the mandate.

Michael Farris, the president of ADF, told LifeNews, “Americans may have many different opinions about COVID-19 vaccines, but every American should agree that the Biden administration’s threatened mandate is a vast and unlawful executive power grab.”

“If politicians and bureacrats are allowed to brazenly ignore the constitutional limits on their power whenever they please, we no longer live in a free society,” he said. “Under the Constitution and federal law, OSHA does not have the power to issue such a sweeping mandate for private and religious employers.”

Farris promised, “if the mandate does what President Biden promises, Alliance Defending Freedom will sue the administration.”

Farris noted how many pro-life Americans have qualms with the vaccines.

“Many people of good faith have chosen to be vaccinated. Others have refrained for reasons of conscience or personal health reasons,” he said, adding that government overreach is a huge problem.

” If allowed to stand, government officials will be emboldened—and have the precedent—to reach for more. And the freedoms that ADF and people like you work together to protect—free speech, religious freedom, and more—will be further jeopardized by an overreaching federal government,” he said.

“We will stand up and fight this. We will file suit to challenge this blatant abuse of power,” Farris promised.

Farris explained that the mandate will hurt churches and Christian groups.

“It doesn’t matter where you stand on vaccines. The government threatens our liberty whenever it unilaterally invents and aggressively enforces new mandates and powers in violation of the Constitution. Vaccinated or not, government overreach hurts all of us,” he continued. “It’s not the federal government’s job to force private employers and churches to choose between complying with the mandate or terminating their employees. To do so will hurt businesses, churches, ministries, and families.”

He concluded, “Challenging the federal government in court is costly. But more costly is standing by and doing nothing while that same government abuses its power.”

None of the vaccines contain cells from aborted babies, but they all have links to abortion, some more-so than others.

The companies Johnson & Johnson and AstraZeneca used cell lines created from babies who were aborted decades ago in the development and testing of their vaccines. These cell lines are clones of the aborted babies’ cells.

The connections between abortion and the Moderna and Pfizer vaccines are much more limited, with cell lines created from aborted babies used only in testing the products.

Now, do the employees get reinstated or not?

If not, do they now have legal recourse?

This is VERY good news. My kids were given until the 4th to vaccinate by the hospital they work at.

How about ALL workers? Don’t office workers, truck drivers, retail clerks, etc have the same rights as healthcare workers?

I’m not sure how broadly that might affect everyone.

Your point is valid > IMO.

If the hospitals refuse to reinstate employees, then it’s time to take them to court. Biden opened up this can of worms, it’s time to whip his butt sue the pants off him!

There is already a court ruling regarding those workers regarding the OSHA mandates. This is for Hospitals covered under CMM and HHS rules. They tried to say that because they administer payments of medicare and medicaid to the hospitals, that this empowers them to tell Hospitals to force them to order their employees to get the shots fire or get fired, or else there will be no more federal dollars.

9 posted on 11/30/2021 3:29:23 PM PST by mdmathis6 (Having the Conch shell is no longer recognized by Dem "Flies" as giving one authority to speak.)
[ Post Reply | Private Reply | To 5 | View Replies]
To: Soul of the South; DoughtyOne
How about ALL workers? Don’t office workers, truck drivers, retail clerks, etc have the same rights as healthcare workers?

However, this was a lawsuit against a specific rule implemented by the Center for Medicare/Medicaid Services (CMS). This rule only covered health care workers.

All other workers are covered by OSHA (I think), and I believe that rule has already been blocked.

Let’s be clear what this ruling means. It only prevents the government from withholding Medicare reimbursement to vax non-compliant hospitals. It doesn’t prevent hospitals from instituting vax mandates on their own. A court (Maine?) has already ruled on that.

Yep, that is exactly what they told my kids...

But this is the “excuse” they are giving their employees.

Right, as my hospital has. I suspect they won’t rescind the mandate though.

I am hoping the one my kids work at will. Very Conservative Christian community in Az. So far they have not denied any exemptions. Accepting exemptions did not violate the Medicare Medicaid rule. But this is MUCH better.

How about ALL workers? Don’t office workers, truck drivers, retail clerks, etc have the same rights as healthcare workers?
~~~~~~~~~~~~~~~~~~~~~
Whole situation s*cks! Brandon said no mandates as they were unConstitutional, yet here we are...I am no expert, but I have been trying to cover the issue closely.

Not sure it is so much a matter of rights of healthcare workers.

The healthcare industry has been held hostage by CMS—the feds are holding the Medicare and other funds hostage if the hospitals et. al. don’t mandate that all volunteers, 3rd- party contractors, employees (even remote) get the clot shot. Some states are allowing exemptions, some are trying not to, but I believe judges have stepped in. So the OSHA ruling had little effect on hospitals, nursing homes, etc. as they get huge percentage of funding from Medicare/Medicaid.

I think concern has been growing because of Emergency Rooms and Neonatal units closing, and some elective procedures being curtailed because these heroes of last year were being fired. Bringing in the military and FEMA to replace fired skilled long-time healthcare workers really is not very reassuring to patients...and that is what Brandon and Blue State governors are doing.

So this is a victory for today; however, this is all preliminary—I know hospitals are beholdin’ to big pharma, so I am sure there will be some sort of appeal if not from Feds, then from the medical industrial complex.

It is terrible to lose a job (I have family in healthcare and one in private sector who are facing this), but to lose a loved one because short/no staff or the hospital lawyers and docs preventing patient’s family to have Ivermectin administered is a tragedy on a whole other level. There have been a number of posts about hospitals actively fighting against prescribing Ivermectin. I live near 3 of them.

Re other career fields, I believe the OSHA injunction should be covering at least some other areas; however, I am not sure how much leverage OSHA has over some private employers which may be pushing the clot shots. May be a state issue? Talk to Liberty Council for more information? I know there is an OSHA injunction in place from the 5th Circuit.

All mandates should be thrown out!!! And they probably will be, but not before many such as military have acquiesced to the clot shots which is probs why Brandon said ignore the court ruling from the 5th Circuit—and he may say same about this ruling today re CMS :(

But for me, today is a day to be happy about the OSHA ruling for companies with more than 100, and the CMS ruling—a victory for We The People...Healthcare workers and patients.

Tomorrow is another day, and probably another fight.

Enjoy the rest of your evening.

It's in the Breaking News sidebar: 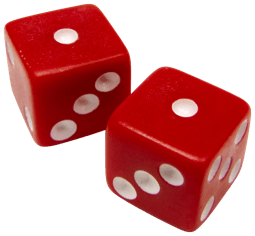 19 posted on 11/30/2021 4:31:12 PM PST by JPG (You can't unjab the jab.)
[ Post Reply | Private Reply | To 1 | View Replies]
To: CedarDave
Has anyone else seen this? Looks like good news still coming from our courts. It's in the Breaking News sidebar: Federal Court Blocks Biden's Vaccine Mandate For Healthcare Workers In Ten States