The district attorney facing criticism after the alleged Waukesha Christmas parade crash killer was freed on bond two days before the carnage describes himself as a “bold reformer” and has taken credit for inspiring a wave of “progressive prosecutors” across the US.

Milwaukee County District Attorney John Chisholm, who was elected to the position in 2007, has spent his career supporting cash-bail system reform because he argues it criminalizes poverty.

Chisholm has long pushed to divert nonviolent offenders away from the prison system with alternate programs, and has spoken previously about reducing the number of incarcerations in Milwaukee County.

He even said it’d be likely one would get out and commit a crime or murder but was part of the price of “progress.”

This is a dismantling of our criminal justice system designed to collapse the system and create chaos intentionally. 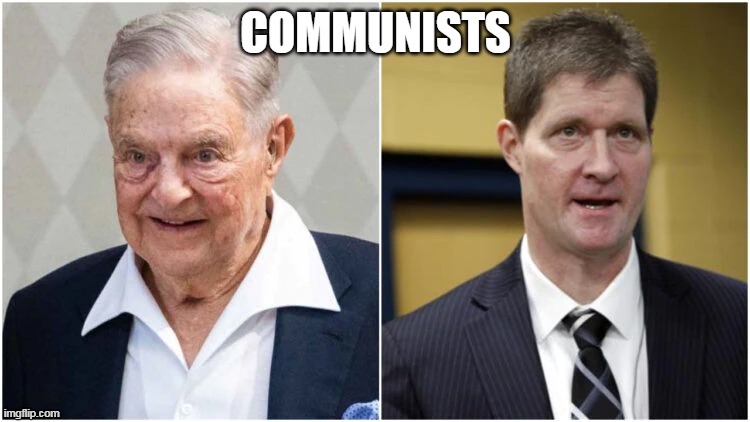 Millions of POOR people do not automatically become criminals. This lunatic District Attorney should be put in prison for the wave of crime he has unleashed on America.

The DA needs to be charged with Darrell Brooks aiding and abetting.

7 posted on 11/23/2021 7:58:09 AM PST by Vaduz (women and children to be impacIQ of chimpsted the most.)
[ Post Reply | Private Reply | To 1 | View Replies]
To: ChicagoConservative27
This is what this HUMAN STAIN of a DA (Darrell Brooks) who granted a bond of $1000 to a man who ran his girlfriend down with his red SUV had to say about his approach:

Is there going to be an individual I divert, or I put into treatment program, who’s going to go out and kill somebody? You bet. Guaranteed. It’s guaranteed to happen. It does not invalidate the overall approach."

This filled me with such incredible anger to read this. I have been told this piece of human excrement is a Soros-backed DA, and how this POS will not be held responsible makes me steaming mad to contemplate.

Four human lives extinguished for his Leftist ideological approach, and dozens more injured and likely dying. According to him, that is just the price we as a society will have to pay to advance his leftist agenda.

I simply cannot say what I think right now.

This clown should be charged with five counts of accessory to murder. His personal philosophy should not and does not trump common sense. He murdered five people with his pie in the sky beliefs... but only the black guy goes to prison...

Yes. To him, these people whose lives were destroyed by HIS deliberate actions are just so many eggs that must be broken to cook his Leftist Omelet.

Thanks for posting this. I mentioned it a few times yesterday, but it kind of got lost in the 400+ posts on various threads on the subject!

That is on target. The liberals air their vapid ideas and the poor suffer the consequences.

There has GOT to be a way to sue these idiots.

Someone should drag that disgusting pig, literally.

This is no better than "you must crack a few eggs to make an omelette." Unfortunately, the eggs happen to be innocent bystanders.

they are liberals and their ideas are not vapid, they are very well thought out agenda driven and evil. Better wise up.

They are responsible for the HUGE INCREASE IN CRIME !!!

You can't release a hate-filled violent felon, just hours after a polarizing jury verdict, and not be responsible ... you can unleash a bomb on people, then say "well I didn't kill anyone, I was just watching TV"

chisholm knew exactly what he was doing, he wanted violence

charge & convict this monster pretending to be a DA, his hands are covered in blood