The U.S. National Institutes of Health (NIH) funded research in China that created a more potent form of a bat coronavirus, according to newly disclosed documents.

An experiment conducted at the Wuhan Institute of Virology, situated near where the first cases of COVID-19 were reported, compared mice infected with the original bat coronavirus to mice infected with a modified strain created by researchers, according to the documents.

The mice infected with the modified version “became sicker than those infected” with the original version, Lawrence Tabak, the principal deputy director at the NIH, told lawmakers in letters (pdf) on Oct. 20.

The “limited experiment” was aimed at seeing if “spike proteins from naturally occurring bat coronaviruses circulating in China were capable of binding to the human ACE2 receptor in a mouse model,” Tabak wrote, adding that the “unexpected result” was not “something that the researchers set out to do.”

Whether intended or not, the research fits the definition of gain-of-function, some experts say.

“The genetic manipulation of both MERS and the SARS conducted in Wuhan clearly constituted gain-of-function experiments,” Jonathan Latham, executive director of The Bioscience Research Project, told The Epoch Times in an email. “Further, it is absurd of NIH to describe the enhanced viral pathogenicity that was observed in the experiments they funded as ‘unexpected’ when clearly these experiments were expressly designed to detect increased pathogenicity.”

The NIH “corrects untruthful assertions by NIH Director Collins and NIAID Director Fauci that NIH had not funded gain-of-function research in Wuhan,” Richard Ebright, a molecular biologist with Rutgers University, wrote on Twitter.

The newly released documents primarily consist of the fifth and final progress report (pdf) for the series of grants. The report was submitted on Aug. 3, over two years after the research concluded.

EcoHealth’s final report also contained a description of experimenting on clones of MERS-CoV, a virus that caused an outbreak in the Middle East in 2012 and has a mortality rate of approximately 35 percent, according to the World Health Organization.

The scientists said they used a “similar reverse genetics strategy” that they utilized in studies of the bat coronaviruses and, after constructing a “full-length infectious clone of MERS-CoV,” they replaced the receptor binding domain of the virus with domains from various strains of coronaviruses identified in bats from southern China.

Jack Nunberg, a virologist and director of the Montana Biotechnology Center at the University of Montana, told The Epoch Times in an email that both viruses use the same receptor protein.

“By keeping to the same receptor protein, I’d label the experiment overly risky (due to the pathogenic backbone and their previous findings of increased virulence in some chimeras) but not blatantly” gain-of-function, he said.

Both Dr. Francis Collins, the outgoing director of the NIH, and Dr. Anthony Fauci, who heads the agency’s National Institute of Allergy and Infectious Diseases (NIAID), have denied the agency has funded gain-of-function research in China.

“Neither NIH nor NIAID have ever approved any grant that would have supported ‘gain-of-function’ research on coronaviruses that would have increased their transmissibility or lethality for humans,” Collins said in a May statement.

The term generally refers to any research that increases the pathogenicity or transmissibility of a biological agent like a virus.

The research in question was funded through millions of dollars of grants from the NIH to EcoHealth Alliance, which then funneled money to the lab in Wuhan.

The NIH has repeatedly declined to make documents concerning the research public, only disclosing many after being sued or pressured by members of Congress.

“Thanks to the hard work of the Oversight Committee Republicans, we now know that American taxpayer dollars funded gain-of-function research at the Wuhan lab,” House Oversight Ranking Member James Comer (R-Ky.) told The Epoch Times in an email.

The documents were sent to the Comer and Rep. Cathy McMorris Rodgers (R-Wash.), the top Republican on the House Energy and Commerce Committee.

The NIH says a review of EcoHealth’s research plan before it allocated the funding determined it did not fit the definition of research involving “enhanced pathogens of pandemic potential” because the bat coronaviruses “had not been shown to infect humans.” However, “out of an abundance of caution,” language in the terms and conditions of the grant award stated that a secondary review would be triggered by multiple scenarios, including EcoHealth reporting a one log, or 10-time increase, in growth.

TOPICS: Front Page News; Government; News/Current Events
KEYWORDS: covid; crimes; gainoffuction; wuhan Navigation: use the links below to view more comments.
first 1-20, 21-25 next last
The question we will probably never get answered. Was the Covid release an accident or done on purpose?
1 posted on 10/22/2021 9:16:48 AM PDT by MNJohnnie
[ Post Reply | Private Reply | View Replies]

So Fauci lied and is still lying! What a weasel!

what fire department does not train arsonists
to make UNSTOPPABLE FIRES?

what Pentagon does not leave start-of-the-art
best equipment to its country’s ENEMIES?

=> not a chance this would have happened on
the alternate Earth
where these crimes are handled by hanging, and end.

Option #1) China planned to release the virus on a certain date and everything went perfectly and the release date was achieved.

Option #2) China planned to release the virus on a certain date and some intern screwed up and accidentally released it about a month too early.

Neither option is pretty and it doesn't really matter. Should be considered an act of war, either way. And Fauci is a war criminal.

Dr. FRAUD, Dr. COLLINS and the ECO Health guy SHOULD be in PRISON!

Prison? No too good for them. For me I’d put them in level 4 containment and run experimental bio weapons on them.

And Fraudxi will remain free as a bird.

9 posted on 10/22/2021 9:37:51 AM PDT by unixfox (Abolish Slavery, Repeal the 16th Amendment)
[ Post Reply | Private Reply | To 1 | View Replies]
To: MNJohnnie
“Neither NIH nor NIAID have ever approved any grant that would have supported ‘gain-of-function’ research on coronaviruses that would have increased their transmissibility or lethality for humans,” Collins said in a May statement.

The non-denial denial. The denial that confirms gain of unction was funded -- only it wasn't bad gain of function is their story.

It’s time to start hanging the scoundrels who are behind it all.

The list of gain-of-function experiments so far includes SARS-CoV-1 (SARS) and SARS-CoV-2 (COVID).

I bet it includes HIV (AIDS) and more.

The entire point of gain-of-function experiments is to make viruses easier to catch, harder for immune systems to stop, and more destructive.

He gets lost in semantics, but he did give them U.S. funds
for their work which created COVID-19.

Again and again the PRCs are PROVEN RIGHT that we/US created the FungYouFlu by funding it and offshoring it to make US look innocent!!! 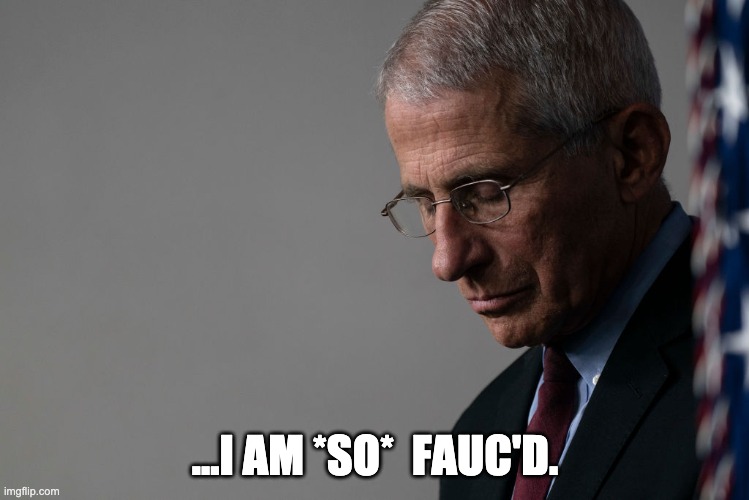 17 posted on 10/22/2021 12:18:25 PM PDT by grey_whiskers (The opinions are solely those of the author and are subject to change with out notice.)
[ Post Reply | Private Reply | To 1 | View Replies]
To: ifinnegan; MNJohnnie; All
Don't forget Peter Daszak's little grant proposal.

On gain of function.

"To characterize spillover risk of SARS-CoV quasispecies (QS) the Wuhan Instituter of Virology team (WIV) wil test bat fecal, oral, and blood samples for SARSr-CoVs by PCR. We will collect viral load data from fresh fecal pellets. SARS-CoV spike proteins will be sequenced, viral recombination events identified, and isolates used to identify strains that can replicate in human cells. The Univ. N. Carolina (UNC) team will reverse-engineer spike proteins of a large Sample of high- and low-risk viruses for further characterization, This will effectively freeze the QS we analyze at t=0. These QS0 strain viral spike glycoproteins will be synthesized and those binding to human cell receptor ACE2 wil be inserted into SARS.CoV backbones (non-DURC, non-GoF), and inoculated into humanized mice to assess capacity o cause SARS-like disease, efficacy of monoclonal therapies, the inhibitor of G-57348 or vaccines against SARS-Cov8-12.

So they're claiming no gain of function, but it sure smells like gain of function. Since they are experimenting to find spike proteins which bind to ACE2, and putting them into regular SARS backbones to find out which ones cause disease and which ones are resistant to ameliorative measures.

My take is their out is "we didn't know for SURE they were going to add infectivity and resist treatment, so you can't call it GAIN of function".

Their ostensible purpose is to map evolutionary likelihood of natural evolutionary jumps from bats to humans.

But it sure is "one turn of the screwdriver away" from actual weaponizing, given that two Nobel Prize winning virologists have said the coof virus is bioengineered...

Time for a new round of Nuremburg trials

Yep the Covid has traits from the tuberculous, Ebola and HIV viruses

The chances of that actually happening naturally are beyond the rules of probability. However, looked at as a bio engineered virus, it is an almost a certainty