Last Jew in Afghanistan Will Stay Put in Kabul — Despite Efforts to Rescue Him
New York Post ^ | August 21, 2021 | Jon Levine

The last Jewish resident of Afghanistan will be staying put, according to multiple people involved in an international effort to rescue him.

Zebulon Simantov, 62, has lived in the country all his life and currently resides in the capital of Kabul where he lives in what remains of the country’s last synagogue. He originally hails from the western city of Herat and previously worked as a restaurant owner and carpet dealer, according to past media reports.

Simantov became the country’s last Jew after the death of Yitzhak Levy in 2005. Though they both lived in the same run-down synagogue, their hatred for one another was the stuff of legend. For years the two men spoke mostly to each other in swears and regularly denounced the other to the Taliban authorities. Once during a mutual stint in jail, their arguing was so annoying that their Islamic captors simply released them.

He may be the Afghani Larry David and the Taliban just can’t deal with him.

Read the last paragraph. This guy hated the second to last Jewish man in Afghanistan. Once they were both imprisoned together, and they argues so much the Taliban let them go rather than keep listening to it.

This reminds me of that guy on Mount St. Helen’s, Harry R. Truman.

Raw human suffering has no association with anything other than the pain felt by the soul of the individual. -Eddie01

Some people say he won't ;eave because he refuses to give his wife a get, others because he hasn't paid his debts.

You’ll laugh, you’ll cry, you might even learn something.

A flying carpet would come in handy about now.

Pay him to leave? Let him rot there.

At least they can’t keep him from going to church.

The Taliban and ISIS need this poor fool desperately, without a Jew for 1200km, who would be there to blame for Pashtun v Pashtun squabble over a goat situation. 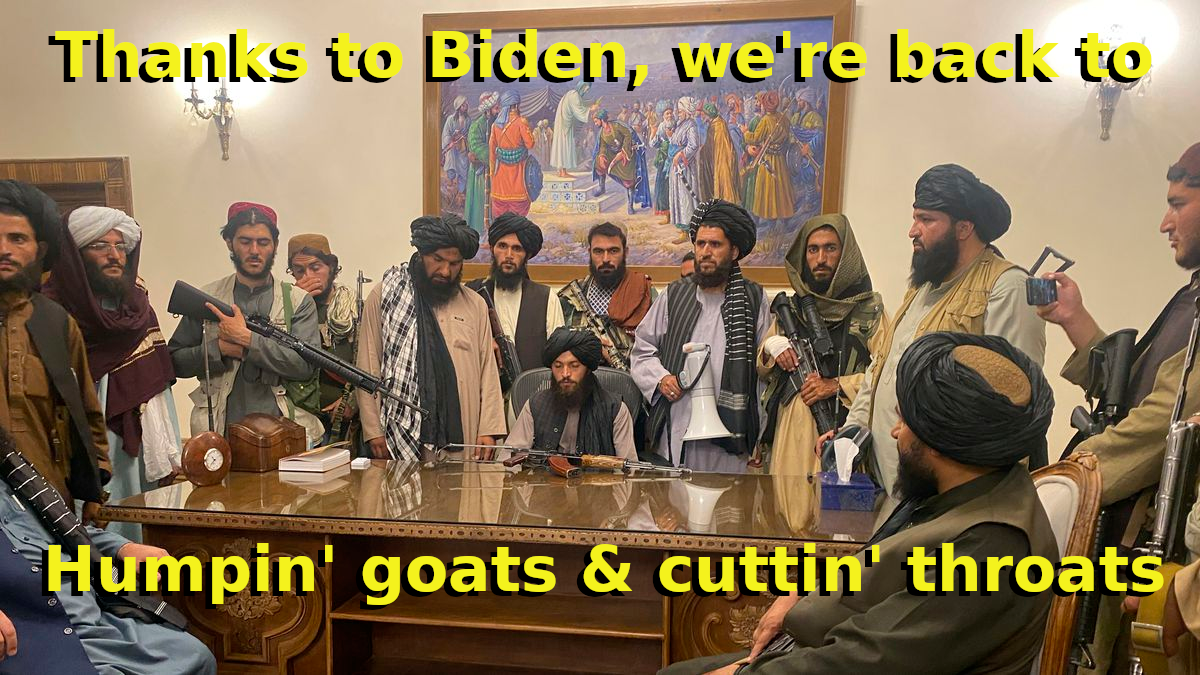 “When the great Rabbi Israel Baal Shem-Tov saw misfortune threatening the Jews it was his custom to go into a certain part of the forest to meditate. There he would light a fire, say a special prayer, and the miracle would be accomplished and the misfortune averted.

Later, when his disciple, the celebrated Magid of Mezritch, had occasion, for the same reason, to intercede with heaven, he would go to the same place in the forest and say: “Master of the Universe, listen! I do not know how to light the fire, but I am still able to say the prayer.” And again the miracle would be accomplished.

Still later, Rabbi Moshe-Leib of Sasov, in order to save his people once more, would go into the forest and say: “I do not know how to light the fire, I do not know the prayer, but I know the place and this must be sufficient.” It was sufficient and the miracle was accomplished.

Then it fell to Rabbi Israel of Rizhyn to overcome misfortune. Sitting in his armchair, his head in his hands, he spoke to G-d: “I am unable to light the fire and I do not know the prayer; I cannot even find the place in the forest. All I can do is to tell the story, and this must be sufficient.” And it was sufficient.

G-d made man because he loves stories”.

It’s hard for me to believe that there is only one Jew left in Afghanistan. How are they deciding who’s a ‘Jew’?

surprised the taliban did not give him the Danny Pearl treatment. I guess nobody told KSM he was there back in the day.

Its hard to tell because the eruption expanded the lake and put his cabin underwater but as far as anyone knows, he's still there.