On July 30, the U.S. Securities and Exchange Commission (SEC) issued a broad halt on new Chinese IPOs listing in the United States until risks posed to investors can be better understood and disclosed. And that’s easier said than done.

It’s a truly shocking development. Several months ago, it was difficult to imagine what could derail the flow of foreign capital into Chinese stocks.

The catalyst was the Chinese Communist Party (CCP) and its regulatory regime. The beginning could be traced to last fall after regulators scuttled a planned IPO for Ant Group, the digital payments application, and attempted to rein in Alibaba founder Jack Ma. While Ant never IPO’ed and thus no retail investors were directly hurt, its early institutional investors (including U.S. investors such as Carlyle Group and Silver Lake Partners) are stuck without an exit as Ant has been forced to restructure and subject itself to an onerous financial regulatory framework—all of which could vastly diminish its value.

Then earlier this summer, the CCP cracked down on ride-hailing company Didi Chuxing days after its New York listing, launching an investigation into the company and removing its app from Chinese mobile app stores. This action was led by China’s cybersecurity agency in the name of “safeguarding national data security.” Data security has become a new slogan for cracking down on Chinese tech giants.

Political and structural issues aside, owning a piece of the leading ride-sharing app in the world’s most populous country was intriguing to many U.S. investors. No matter, the sudden broadside by the CCP severely damaged investor returns—its shares are down 27 percent in the past 30 days since its IPO, and that’s after a 4.6 percent one-day gain on July 30.

Then in July, Beijing regulators homed in on the private education and tutoring sector. For the uninitiated, many prominent Chinese private education companies are listed in New York, including New Oriental Education, TAL Education Group, and Gaotu Techedu. As readers can understand, private tutoring and after-school education is big business in China, where competition for university admissions is often intense.

The CCP issued a series of rulings beginning in mid-July that education companies engaged in teaching or tutoring academics can’t be for-profit corporations, meaning they must become nonprofit groups. In addition, China banned IPO listings of and ownership in such education companies by foreign investors or other publicly traded entities. In one fell swoop, the CCP completely terminated the business model of an entire industry.

Among the three major Chinese tutoring companies listed in New York, their investors have lost a combined $18 billion in value since July 22. In other words, the three companies are worth 68 percent less today than their combined value as of a week earlier.

JP Morgan analysts were succinct while trying to strike an optimistic tone. “It’s unclear what level of restructuring the companies should undergo with a new regime and, in our view, this makes these stocks virtually uninvestable,” according to a Financial Times report.

Days later on July 26, regulators issued a policy in the name of uplifting consumer and worker rights, specifically food delivery drivers, in another effort to rein in the logistical technology companies. Meituan, the Hong Kong-listed mainland food delivery company, saw its stock tumble upon the news. Shares of Meituan have fallen 21.3 percent since July 23 in Hong Kong trading.

“The announced guidelines present risks to the core food delivery business and could weigh on market sentiment,” Morgan Stanley analysts wrote in a note to clients on July 26.

In the same week, Beijing fined Tencent for anti-competitive behavior in how the entertainment giant structures its music rights, ordering Tencent to end exclusive rights deals with artists and record labels. The action sent Tencent shares crashing during the week.

“I have asked staff to seek certain disclosures from offshore issuers associated with China-based operating companies before their registration statements will be declared effective,” SEC Commissioner Gary Gensler said in a July 30 statement. The SEC also recognized the structural issues inherent in most listings of Chinese technology firms and their potential risks.

This order by the SEC is too little, too late. Billions of dollars of value have been wiped from U.S. retail and institutional investors.

For years, we’ve argued in this publication that investing in Chinese stocks bears significant and unquantifiable risks. Besides macro, business, and market risks, there are also governance and political risks that could be knowable and unknowable. Investing in Chinese companies is different than investing in almost every other market.

Let’s examine a few fundamental reasons why someone picks a particular company to invest in. There are basic factors to consider—the company’s business model, its industry outlook, its barrier to entry, the quality of its management, its financial health, and macroeconomic trends impacting its business, sector, or the country it operates in. In addition, the investor must consider regulatory risks facing the company and its industry from the government within the jurisdictions of its operations.

It’s this latter risk that is considerably outsized with any Chinese company. The company must do the bidding of the CCP when the Party comes calling to hand over data or private information of its user base or even spy on its users. That’s certainly bad, but at least the risk can be understood and quantified.

But the CCP has demonstrated—in its recent crackdown of the tutoring sector—that it can bring down an entire industry and all companies within it in one order. We’re not arguing here that the CCP would deliberately kill successful companies or industries for no reason, but there’s certainly an impetus for the regime in Beijing to exert greater control over their direction and strategy. But from the perspective of foreign investors, the CCP’s whim is an existential risk that could strike any time without warning.

I’m not sure it’s a risk that can ever be adequately disclosed, quantified, or measured. At least not to a degree that should satisfy the SEC, whose role is to protect American investors. Outside of companies in obviously precarious industries such as gambling or vice, investors certainly didn’t consider a company’s viability in such a manner.

In hindsight, perhaps we may have all underestimated the existential risk that the CCP poses.

Fan Yu is an expert in finance and economics and has contributed analyses on China’s economy since 2015.

Views expressed in this article are the opinions of the author and do not necessarily reflect the views of The Epoch Times.

This article could signal a bottom is forming in Chinese stocks. Or, it could signal nothing of the sort. Caveat Emptor!

Where is Jack Ma?

Probably been dissected. He is in the spare parts dept.
Parts sold to anyone that needs a kidney etc.

Where is Jack Ma?

According to Chairman Xi, all corporations in China, deemed essential to national security, will be run by the Party.

This will leave about 30-35% of all business operating as usual, but under a watchful Party eye - in case any of them become too popular or the CEOs too influential or too wealthy; should any of those occur, those companies will be taken to be over and run by the Party and the CEOs hauled off.

All Chinese corporations will now with be directly controlled by the Party and profits go to the Party. All foreign investors will, in effect, be directly supporting the CCP, which at any time can dissolve the company and their investments overnight - literally.

The money is moving out of China because of some really bad endemic issues, so our stock market is being buoyed. Not only is this American investors, but a lot of Chinese money is coming across also. Mainly their rich are looking for an exit strategy when the SHTF. Here in the USA we talk about SHTF, but they are looking at the wrong end of a pistol when it happens there.

8 posted on 08/02/2021 5:15:56 AM PDT by wbarmy (I chose to be a sheepdog once I saw what happens to the sheep.)
[ Post Reply | Private Reply | To 1 | View Replies]
To: PIF
The CCP issued a series of rulings beginning in mid-July that education companies engaged in teaching or tutoring academics can’t be for-profit corporations, meaning they must become nonprofit groups.

Why anybody would invest in a business or set up a factory in a country where it could be nationalized at any moment is beyond me.

9 posted on 08/02/2021 5:19:04 AM PDT by Sirius Lee (They intend to murder us. Prep if you want to live and live like you are prepping for eternal life)
[ Post Reply | Private Reply | To 7 | View Replies]
To: SeekAndFind
It’s unclear what level of restructuring the companies should undergo with a new regime

Is this willful self-deception? Since when has this been a "new regime"? Or is that their excuse to cover over how badly investors misread the CCP?

“A Chinese company that launched a $2.8 billion government-backed semiconductor project four years ago is going bankrupt after it failed to attract investors, even as China tries to become self-sufficient in computer chips.

Tacoma Semiconductor Technology was ordered by Nanjing Intermediate People’s Court of Jiangsu Province to undergo compulsory liquidation and bankruptcy, according to a national enterprise bankruptcy information website run by the Supreme People’s Court.”

There was a great effort to develop chip manufacturing. Companies were established and now are failing because they can’t produce the needed products. Well, this is going to require a minor change in floor plans...

Considering the recent building collapse in Miami and the neighboring ones being condemned as dangerous to inhabit, we in the USA are in no position to mock their construction industry.

To try to grasp China, I’ve been watching YouTube videos

Recently there a lot featuring the tremendous flooding of the Yellow river.

However, there is another interesting topic “Tofu Dreg” construction. The fallen building you posted would probably an example

Yesterday, I saw a video of bricks. They looked like bricks but were actually some black material encrusted with brick like appearing material. When stuck they crumbled,

Another popular tofu dreg photo op is the smooth siding on tall buildings. The first time I saw it fail was last summer during the typhoon that struck Shanghai. A very large section came loose and two or three stories worth was flopping in the gale. Since then I have seen several such examples on other buildings where as much as say 10 stories detaches and then falls in one piece.

The chickens are coing home too roost. The word is getting out in videos and it ain’t good.

17 posted on 08/02/2021 8:36:54 AM PDT by bert ( (KE. NP. N.C. +12) Like BLM, Joe Biden is a Domestic Enemy )
[ Post Reply | Private Reply | To 13 | View Replies]
To: SeekAndFind
Considering the recent building collapse in Miami and the neighboring ones being condemned as dangerous to inhabit, we in the USA are in no position to mock their construction industry.

Wonder who the local DemocRATs contracted the Miami work out to... 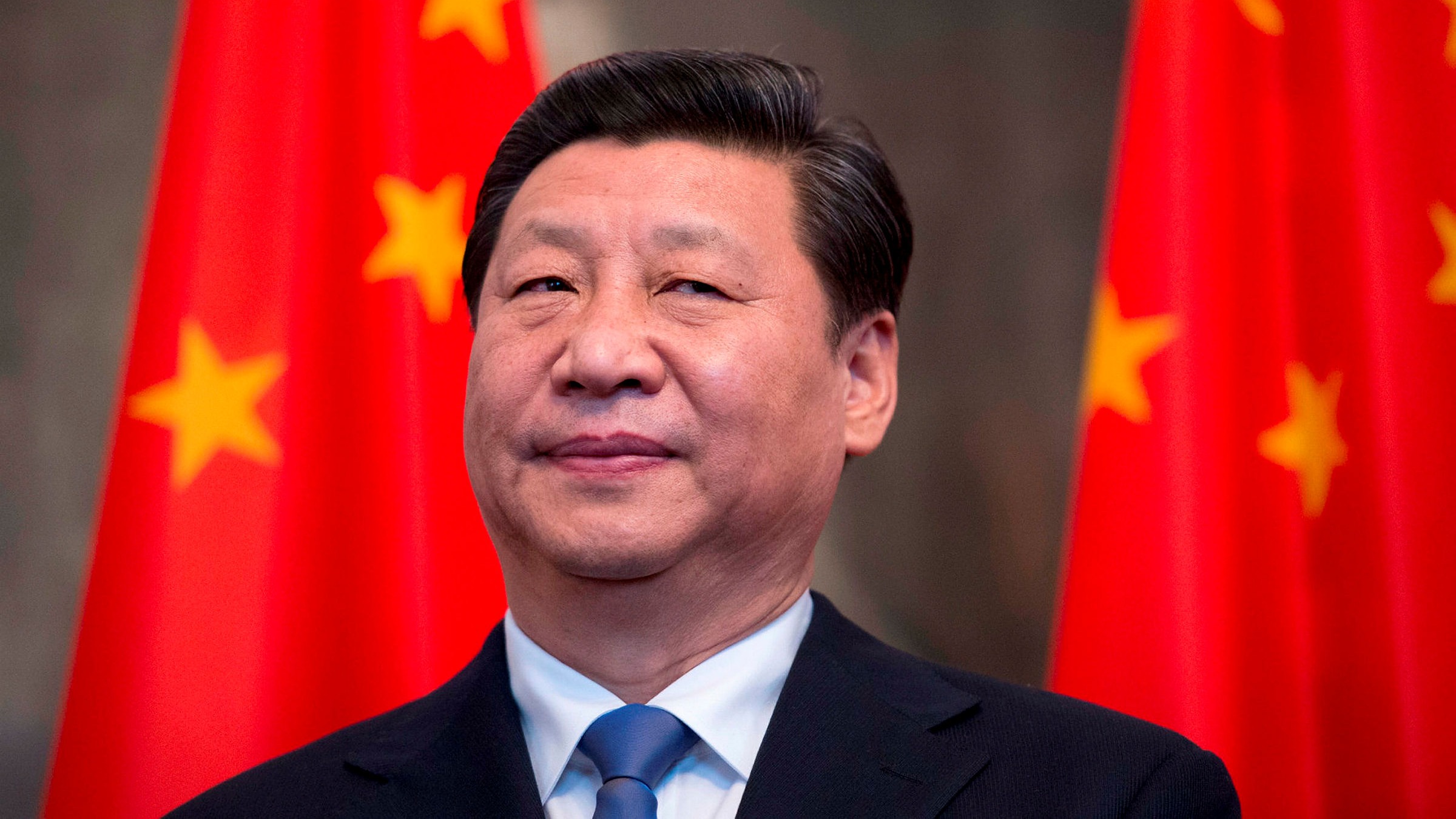 Founder Jack Ma lost his $548+ billion business in China.
He has zero shares in Alibaba. He use to have 1 billion shares.
He spoke out on the communists. This was their response.