The Biden administration is walking back the United States' historic recognition of Israeli sovereignty over the contested Golan Heights region along Israel's northern border, a significant blow to the Jewish state and one of the Trump administration's signature foreign policy decisions.

The Trump administration declared the territory—seized by Israel from Syria in 1967 and later annexed by the country—to be wholly part of the Jewish state in 2019. Then-secretary of state Mike Pompeo took a trip to the area in 2020 and reaffirmed that America formally abandoned a decades-long policy of considering the area occupied.

Secretary of State Antony Blinken first raised questions about the Biden administration's view on the matter in February, when he would not say if his State Department continues to abide by the former administration's decision. At the time, Blinken would only say the Golan Heights "remains of real importance to Israel's security," but that its formal status remains unclear. Pressed on the issue by the Washington Free Beacon, a State Department official said the territory belongs to no one and control could change depending on the region's ever-shifting dynamics.

The shift in policy is already causing outrage among Republican lawmakers who backed the Trump administration's decision and hoped to see it continue. It is also likely to rankle Israeli leaders of all political stripes, the plurality of whom say the Golan Heights is absolutely vital to Israel's security in light of persistent threats from the Iran-backed Hezbollah terror group in Lebanon and other militant forces stationed in war-torn Syria.

"The secretary was clear that, as a practical matter, the Golan is very important to Israel's security," a State Department official told the Free Beacon. "As long as [Bashar al-Assad] is in power in Syria, as long as Iran is present in Syria, militia groups backed by Iran, the Assad regime itself—all of these pose a significant security threat to Israel, and as a practical matter, the control of the Golan remains of real importance to Israel's security."

Recognizing Israel's control as a "practical matter," however, falls far short of the formal policy change ordered by the Trump administration, which became the first government to recognize Israel's complete control over the territory. As it stands now, U.S. policy on the matter is unclear, at best.

Pompeo, who was central to formulating and advancing the Trump administration's decision on the Golan Heights, told the Free Beacon that the current administration is jeopardizing Israel's security at a time when Iran-backed militants continue to plot attacks on the country's northern cities.

"The Golan Heights are not occupied by Israel, they are a part of it. The Israelis have a right to it as sovereign land," Pompeo told the Free Beacon. "To suggest that these lands should be returned to Syria, even if conditioned on changes in the Syrian regime, is inconsistent with both Israeli security and the international law."

The State Department's "suggestion that if Assad falls and the Iranians leave Syria, the Golan Heights should be given to Syria misreads history and misreads the eternal security needs of the state of Israel," Pompeo said.

Rep. Mike Gallagher (R., Wis.), who introduced a bill earlier this year to lock in the U.S. recognition of Israeli sovereignty over the Golan Heights, told the Free Beacon that it is now incumbent on GOP leaders in Congress to stop the Biden administration from reversing the recognition.

"These comments [from the State Department] should serve as a call to action," Gallagher said. "It's time to pass legislation I've introduced with Senator [Ted] Cruz [(R., Texas)] that ensures that the U.S. will continue to recognize Israeli sovereignty over the Golan Heights, regardless of who is in the White House."

Rep. Lee Zeldin (R., N.Y.), who pressed United Nations Ambassador Linda Thomas-Greenfield on the Golan issue during a congressional hearing on June 16, said the Biden administration is being intentionally vague about its policy, generating pressing questions on the international stage.

Former U.S. diplomats who worked on the Golan Heights issue also expressed concern over the Biden administration's comments to the Free Beacon. David Milstein, former special assistant to the U.S. ambassador to Israel under Trump, said walking back U.S. recognition of Israeli sovereignty over the area signals "an unconscionable betrayal of our close ally Israel."

"Our allies depend upon the United States keeping its commitments," Milstein told the Free Beacon. "But now Secretary Blinken has re-injected the dangerous and delusional idea the U.S. could support pressuring Israel to give up the Golan Heights in the future."

"In one of the most dangerous regions that can go from bad to worse in an instant, the Golan Heights is crucial for Israel's security, providing a strategically necessary defensible border to help Israel counter threats to its north," Milstein said. "This is why there is clear support across Israel's political spectrum for Israel forever maintaining sovereignty over the Golan Heights."

What about Chinas naked aggression on Tibet? Give back Tibet??

How long until the headline will instead be: “...quietly walks-back recognition of Israel”? 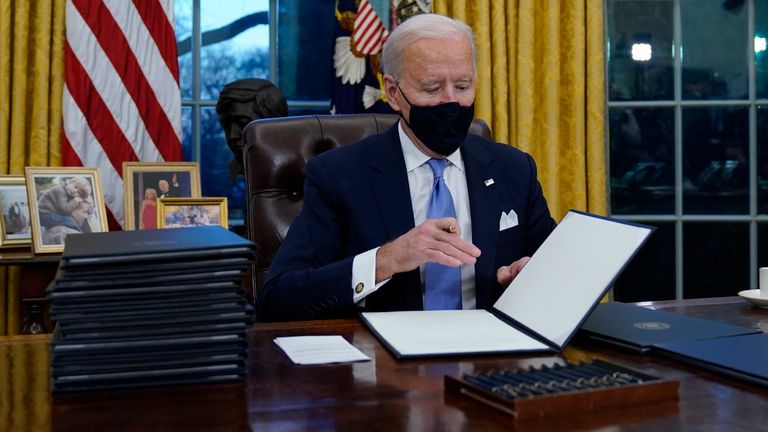 I did Nazi that coming.

Biden serves the Pappy of Rome.. Things that Christ said ‘need be’.. Francis reminds me of that Pharaoh in Egypt that was told ‘let my people go’... only Christ can fix the mess this bunch have created...

Because we love the wars we create when we force countries into strategically indefensible corners.

“Our allies depend upon the United States keeping its commitments,” said David Milstein, former special assistant to the U.S. ambassador to Israel under Trump.

You think this would really dismay American Jewry. Not so. The great majority are deracinated.

Israel will NEVER give up the Golan Heights as it supplies water to the rest of the country.
These godless, commie jackasses know that.
Keep poking, jackasses. Karma is a beotch.

Sick of this ping pong diplomacy. Sick of these A-holes destroying this country. The best things in my lifetime that happened in the country of a political nature happened in the past 4 years, all gone in 5 months. The country that millions of great patriots fought and died for has ceased to exists because of power mad greedy Fs and their useful idiots. No longer do they sacrifice for the greater good, but demand unlimited sacrifice from others to satiate their warped sense of self entitlement.

Trump allowed us to temporarily find relief from being under the thumb of one of the world’s most notorious criminals and her cabal only to have our legacy stolen and be placed under the thumb of another of the world’s most notorious criminals and his cabal. And yes I know they are essentially the same. I also know this is how societies throughout history have died. I just don’t get why certain groups have to destroy everything just to get their way and why live and let live isn’t a human theme. It’s just human nature I guess, you would think after 2000 years we’d find a better way.

All these Bush foreign policy advisors signed a letter endorsing Biden. The stated reason was that Trump was “unfit”. Those Never Trumpers are off the charts strange.

Not quite the same.

In the end, all countries will turn against Israel. God may have allowed the steal as part of the end times.

My struggle to accept the loss is great. My only thought on why God allowed it to happen is what you said.