The furor over Rep. Marjorie Taylor Greene's (R-Ga.) treatment of Rep. Alexandria Ocasio-Cortez (D-N.Y.) has sparked new worries that lawmakers could be in danger from their own colleagues.

Fears about growing incivility and polarization in American politics have been climbing for a generation. But the concern has reached a different order of intensity since the Capitol insurrection on Jan. 6, when members of Congress literally feared for their lives.

Greene’s encounters with some of her Democratic colleagues, along with a confrontation between a Greene staffer and Rep. Eric Swalwell (D-Calif.), show just how febrile the atmosphere on Capitol Hill has become.

In an exchange witnessed by The Hill’s Scott Wong on Friday morning, a Greene staffer challenged Swalwell over the Democrat wearing a mask. Swalwell retorted, “You don’t tell me what to f---ing do.”

Soon afterward on Twitter, Swalwell said Greene’s aide had attempted to bully him, adding, “I told the bully what I thought of his order. Predictably, he went speechless. I regret I wasn’t more explicit.”

Now there are calls for increased security, even as fencing near the Capitol remains in place since the days after the insurrection.

Democratic lawmakers who are less high-profile than Ocasio-Cortez are also expressing alarm.

Rep. Brendan Boyle (D-Pa.) told this column that there has been “a real, marked difference” in the atmosphere at the Capitol since the Jan. 6 attack.

“I have friendships on both sides of the aisle. But I have to say, even I really feel the tension,” Boyle said. “I have my own suspicions of certain colleagues of mine who are down the rabbit hole of conspiracy theory and egging on the insurrectionists — people that would literally want me dead.”

Republicans bridle at those kinds of remarks. But Boyle said that Jan. 6 marked the first time he had begun to seriously think about his own safety.

Like many public officials, he said he had no wish “to live in a cocoon” because of security fears. But in one example of heightened awareness, he said he now removes the lapel pin that identifies him as a member of Congress unless it is required.

Boyle freely acknowledged that others in his party are more likely to be targeted than he is. Asked whether fellow Democrats fear for Ocasio-Cortez’s safety, given her lightning rod status for conservatives, he replied, “As far as Alexandria or any other of my colleagues who seem to be the people who Fox News goes after — and none of them seem to be white males, coincidently, I’m sure — I do fear just a lone nut out there who goes down this rabbit hole, believes these conspiracies, believes the big lie.”

“It is a genuine concern. I have seen several of my colleagues have to walk around with security protection, and it concerns me. These are my friends and colleagues,” Boyle added.

Ocasio-Cortez’s office called for increased security measures after Greene followed her in the halls of the Capitol and began shouting at her on Wednesday. The exchange was witnessed by two reporters from The Washington Post, which first reported on the matter the following day.

Speaker Nancy Pelosi (D-Calif.) said Thursday that the House Ethics Committee ought to consider examining Greene’s conduct relating to Ocasio-Cortez, which she termed a “verbal assault.”

Greene for her part denies “screaming” at Ocasio-Cortez and says she was trying to engage the New Yorker in debate.

Greene’s innocent-sounding explanation sits incongruously with her past record. She at one time promoted the QAnon conspiracy theory — which she says she now regrets. She also expressed support on social media for a call to imprison or kill Pelosi.

On Friday morning, video emerged from February 2019 — before Greene was elected to Congress — in which she shouts through the mailbox of Ocasio-Cortez’s Capitol Hill office.

Greene also says, “You need to stop being a baby and stop locking your door and come out and face the American citizens that you serve.”

Ocasio-Cortez, asked about the video on Friday, told reporters, “This is a woman that’s deeply unwell and clearly needs some help.”

Some lawmakers are dismayed by the fact that a figure such as Greene draws so much publicity for her antics, a trend that they think devalues the actual work of legislating.

Rep. Marcy Kaptur (D-Ohio) worried that “the sophomoric tendencies of some have to be offset, and there just needs to be more attention on the serious work that Congress needs to do.”

But in a clear jab at Greene’s actions against Ocasio-Cortez, Kaptur also stressed that “haranguing other members should not be allowed. It is uncivil behavior, and it is setting a very poor example to the nation.”

“Congress has always had show horses, work horses, and bullies,” Rep. Betty McCollum (D-Minn.) said in an email. “Most of us – Democrats and Republicans – are focused on doing the work. It’s called governing, and it is important.”

That dynamic is itself part of the problem. For years, the incentives in American politics — and much of the media coverage of it, especially on the right — have rewarded the most militant voices.

Former Speaker John Boehner (R-Ohio) wrote in his recent memoir of his dismay in realizing that a number of colleagues were more interested in cable news appearances than legislating — and that they could derive real political power from those appearances.

The pattern cannot be disentangled from the influence of former President Trump, who horrified his critics throughout his political rise by his propensity for insults and vulgarity — and, in doing so, delighted the Republican base, won a primary against numerous more seasoned GOP opponents and ultimately won the White House.

In an age less polarized and less driven by social media, it’s easy to imagine a figure such as Greene lingering in obscurity. Instead, she got more than 220,000 votes in winning her election last year. She is also a formidable fundraiser.

Allan Lichtman, a history professor at American University, condemned the media tendency to portray both parties as equally culpable for the current poisonous political tone.

Polarization “has gotten much worse, and if there was one phrase I would eliminate from the English language, it is ‘both sides,’” Lichtman, a longtime Trump critic who 15 years ago sought a Democratic Senate nomination in Maryland, said. “It is not both sides. It is coming overwhelmingly from one side, and that one side is the Donald Trump Republicans.”

But even now, the former president retains a firm grip on the party, as was displayed in Rep. Liz Cheney’s (R-Wyo.) ouster from leadership earlier this week.

The idea that Jan. 6 was going to mark a turning point, after which American politics would walk itself back from the abyss, seems increasingly unlikely.

Meanwhile, the atmosphere of life on Capitol Hill just gets worse.

“You look at what Trump unleashed and what you see online,” Boyle lamented. “We don’t see the same kind of hate spewed in most other Western democracies. You don’t see in the Republic of Ireland or France or Germany members of their parliamentary bodies having to be escorted by police because there are threats directed toward them.”

The Memo is a reported column by Niall Stanage.

Lack of party unity as a consequence of deliberately cultivated cooperativeness. 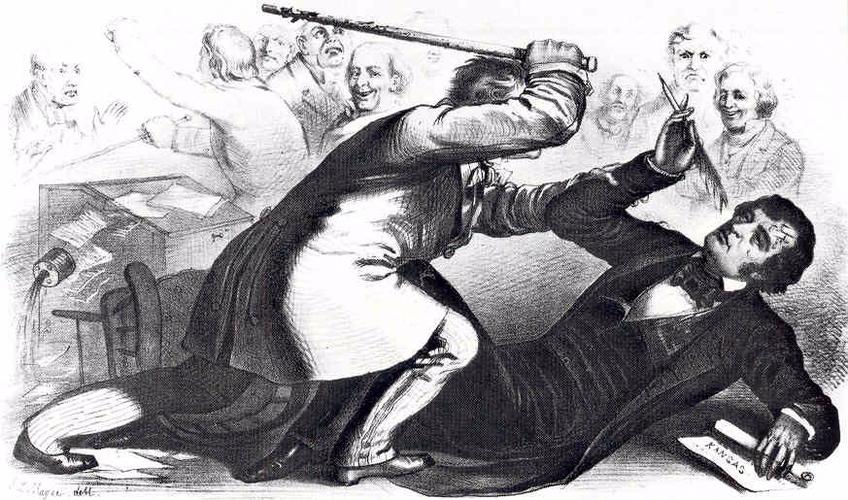 Preston Brooks of SC beating the snot out of Senator Sumner on the floor of the Senate.

For years after Brooks' admirers showered him with canes to replace the one broken over the Abolitionist's head.

The poor dears, I feel for them.
Ah feel yo pain... 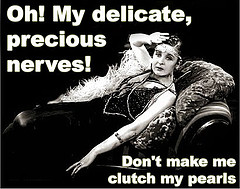 When Republicans lives are actually in danger at a softball game it is just suicide by cop according to the FBI.

How far away can we be from a repeat? It was only five years from the caning to the outbreak of civil war.

The attack by James Hodgkinson on Republicans at the annual Congressional Baseball Game for Charity in Alexandria, Virginia was four years ago. But that was by a leftist on Republicans, so it doesn't count. 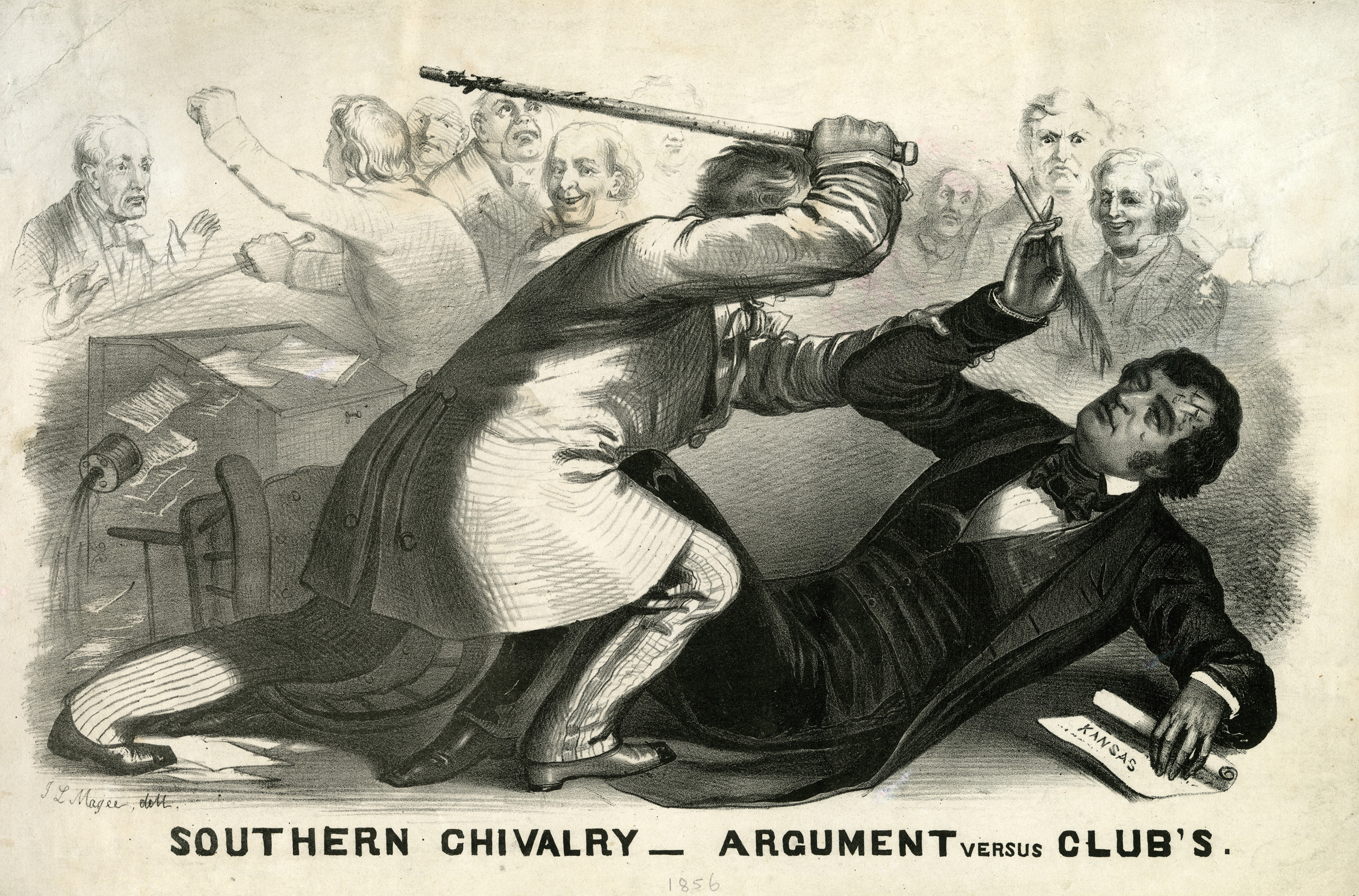 You beat me by two minutes.

Ramping up excuses for oppression...

So to hell with them.

‘Sandy’ has no sense of humor. She really dislikes it when I send her e-mails asking for a fresh Margarita and a refill on chips and salsa.

I hope they all stay busy fighting with one another! Maybe they’ll leave ‘We The People’ the h#ll alone! (Somehow, I doubt it...)

Also - the Socialist Democrats SHOULD be afraid of us. They think they got away with stealing an election, but that tiny kerfluffel on 1-6-21 is nothing compared to what is coming to them all; RINOs, Never Trumpers and Socialist Democrats.

Commie RATs are only getting a fraction of the hostility they deserve.

It’s amazing how for 4 years, the Democrats trafficked in ridiculous conspiracy theories about Russian interference and a stolen 2016 election, and now there’s collective amnesia with anyone questioning the 2020 results as the enemy of democracy!

actually as usual with the leftist media, just think the opposite: it’s MTG that’s being abused and attacked by CCP honeybee swallwell, AOC and co.

I’m not surprised that dirtbag Dem did not “fear for his safety” after the Bernie bro shot up Congress in 2017.

Green is the perfect foil for the Dems and the press to use to make it look like the GOP is how has the “harsh rhetoric” and “violent tendenices” while the Squad, etc. can go on their merry way with their hate, vitriol, bigotry, anti-Semitism, etc. free of criticism like they are a the victims if they get called out for it.

Get the COMFY CHAIR
1) Donald Trumpx2 that side, vulgarity and insults
2) Insurrection x2
3) conspiracy theory or onspiriacy x3
4) Fox News x1
5) Verbal assault, Bullies, unwell( sign of mental illness)
summary: More BS from those projecting righteousness, poking the stick then projecting and rationalizing their own behavior.
Pathetic.
But I did enjoy the suggestions about Pelosi.

“On Friday morning, video emerged from February 2019 — before Greene was elected to Congress — in which she shouts through the mailbox of Ocasio-Cortez’s Capitol Hill office.”

Nobody shouts into a mailbox.

That whole story is a lie and CNN and the Hill are claiming it is true.

“Capitol insurrection” ... the Left is repeating this lie every day.