Left-Wing Terrorists Bombed The Senate In 1983. Bill Clinton Let Them Out Of Prison Early — At Jerry Nadler’s Request
The Federalist ^ | JANUARY 11, 2021 | Tristan Justice

By On his final day in office, Jan. 20, 2001, President Bill Clinton commuted the sentences of a pair of radical leftists serving time for bombing the U.S. Capitol building, where a 1983 blast shattered the second floor of the Senate wing.

The FBI landed formal indictments on Evans and Rosenberg in the 1988 “Resistance Conspiracy” case for their involvement in the bombing of the Capitol along with five others. Evans and Rosenberg had already been in police custody for other crimes of the radical left-wing terror group May 19th Communist Organization (M19), named for the birthdays of Malcolm X and Vietnamese leader Ho Chi Minh. According to a historical chronology of the left-wing group by the Smithsonian Magazine, M19 also carried out successful bombings of an FBI office, the Israel Aircraft Industries building, the South African consulate in New York, and D.C.’s Fort McNair and Navy Yard.

“The attacks tended to follow a similar pattern,” the magazine reported. “A warning call to clear the area, an explosion, a pre-recorded message to media railing against U.S. imperialism or the war machine under various organizational aliases (never using the name M19).”

Rosenberg is now a prominent left-wing activist, who, early last summer sat on the board of Thousand Currents which poured $10 million into causes for social justice including Black Lives Matter, according to Fox News.

A historian interviewed by the Smithsonian described the group as an “offshoot” of Weather Underground, the domestic terror group led by Bill Ayers, who bombed the Pentagon and the Capitol in the 1970s and now lives as a prominent academic. M19’s acts of radical left-wing terror appeared to catch a sympathetic eye in Washington that would relieve its members of their time in prison.

According to the New York Post in 2001, New York Democratic Rep. Jerry Nadler, who today serves as the House Judiciary Committee chairman, played a “crucial role” in Clinton’s decision to commute Rosenberg’s sentence. Nadler’s rabbi, a Nadler spokesman at the time told the Post, gave “compelling information from [Rosenberg’s] parole hearing” to the Manhattan congressman, who, in turn, passed on the material to the White House counsel’s office. That transfer, the Post reported, played a “key role” in the president’s decision to include Rosenberg on his list of 140 last-minute pardons just moments before George W. Bush took the White House.

Rosenberg’s case is a reminder of the long, growing list of left-wing acts of terrorism either excused or endorsed by Democrats and their allies in corporate media, who now condemn the violent attacks on the U.S. Capitol that came from right-wing extremists last week.

Nadler, in his role as House Judiciary chair, has been among the most vocal in Congress, outraged at the Capitol chaos that ensued and demanding that the president be impeached after failing to successfully remove Trump last year.

It was only several months ago, however, that Nadler dismissed violence by Antifa, the radical left-wing terror group of the 21st century, as a “myth,” while the militant anarchists erupted a historic summer of unrest that tore apart downtown city centers.

“Do you disavow the violence from Antifa?” asked writer-producer Austen Fletcher.

“That’s a myth that’s been spread only in Washington, D.C.,” Nadler said.

“About Antifa in Portland?” Fletcher clarified, as its Portland militants held the city under siege.

Holder, as Deputy Attorney General, “was the gatekeeper for presidential pardons.” Two of the recipients of Holder’s pardons were former Weather Underground members Susan Rosenberg and Linda Evans.

The Weather Underground, a far-left organization, was founded in the late 1960′s. It’s main objective was to overthrow the American government. Several bombing attacks were initiated by the group and were mostly against government buildings and banks.

The Democrats have overthrown the government. Sad point in history.

I heard they were gonna form an official post in the administration for her. 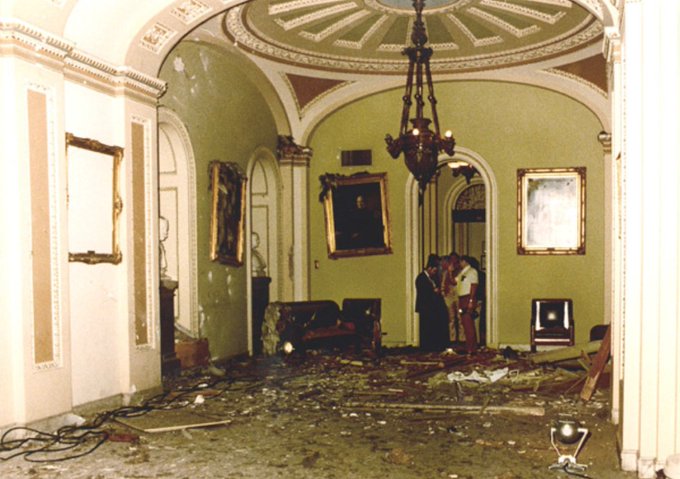 House Judiciary Committee Chairman Jerry Nadler got President Clinton to pardon terrorist Susan Rosenberg, who planted a bomb outside the US Senate chamber in 1983 to try to assassinate Republican senators. ~J Michael Waller.

The talking point for the week is “this is the first time since 1814 the Congress has been attacked.” Actually heard that from a dinner party guest. It’s true dontcha know. media says so.
“Did you know they stormed the capitol for the Kavanaugh hearings and occupied the offices?”
“I never heard about that, it’s not true.”
“Did you know some Marxists planted bombs and before that shot up the place?”
“I never heard that. It’s not true”

Then the crap really hit the fan when I loaded up the Biden is a Pedo videos. “BUT BUT TRUMP SAID GRAB EM’ BY THE @*&$*Y!”

They totally ignored the 1954 attack by Puerto Rican terrorists in Congress, 5 Congressmen were shot. Jimmy Carter released them in 1979, and they received a hero’s welcome at the UN.

And yet the leader is celebrated in The Smithsonian as a “Freedom Fighter”. This is what happens when the Left gets control of education.

11 posted on 01/17/2021 10:41:59 AM PST by dfwgator (Endut! Hoch Hech!)
[ Post Reply | Private Reply | To 5 | View Replies]
To: george76; All
Liberal wuss, Chrissy Wallace, angrily said on Wednesday, Jan 6, that he had been a reporter covering the Vietnam War protests and never once saw any of the "anti-war" protesters get near the US Capitol. (in reality, they weren't anti-war, they were just anti-US military. They were communists who were on the side of the North Vietnamese enemy)

In fact, the communist-revolutionary, domestic terrorist, Weather Underground openly bragged about bombing the US Capitol AND the Pentagon! 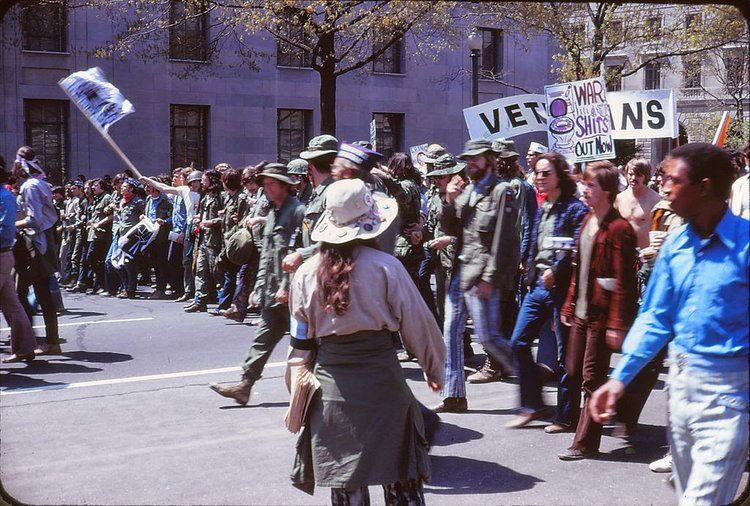 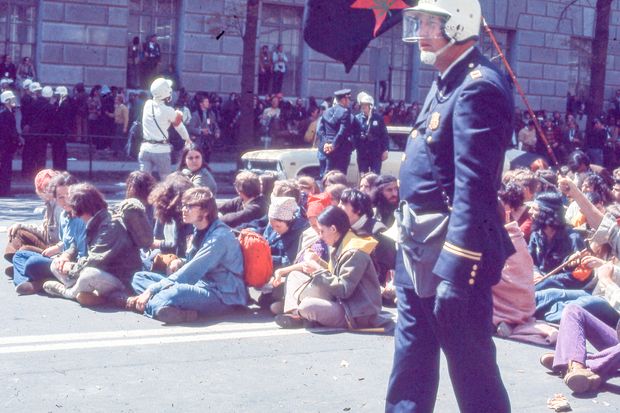 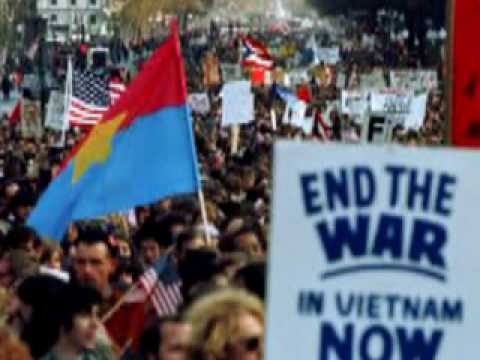 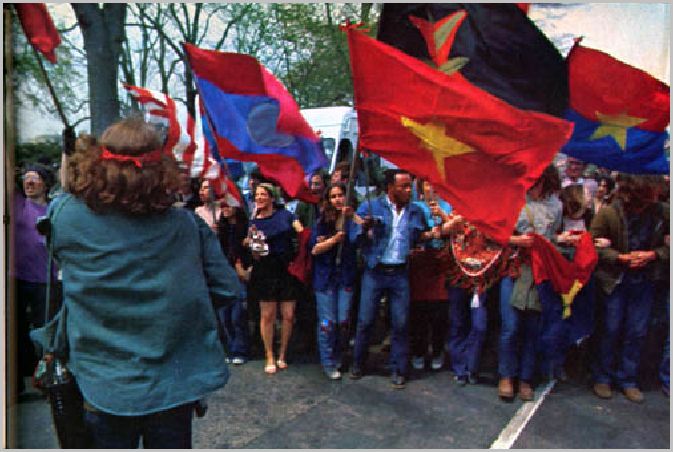 "VVAW-supported demonstration during the Washington Spring Offensive,
April - May 1971. Notice the North Vietnamese and VietCong flags." 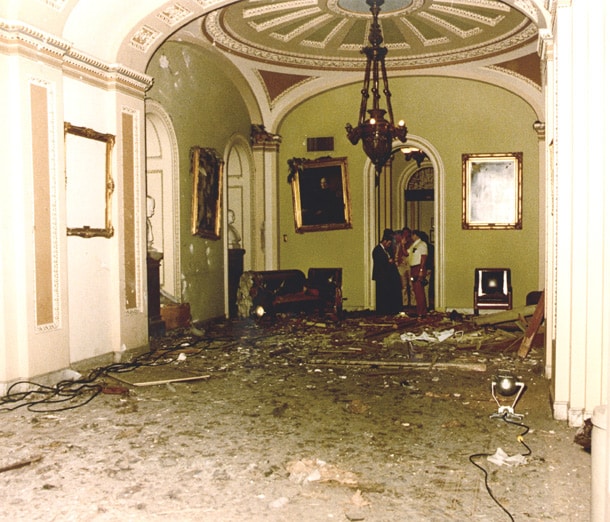 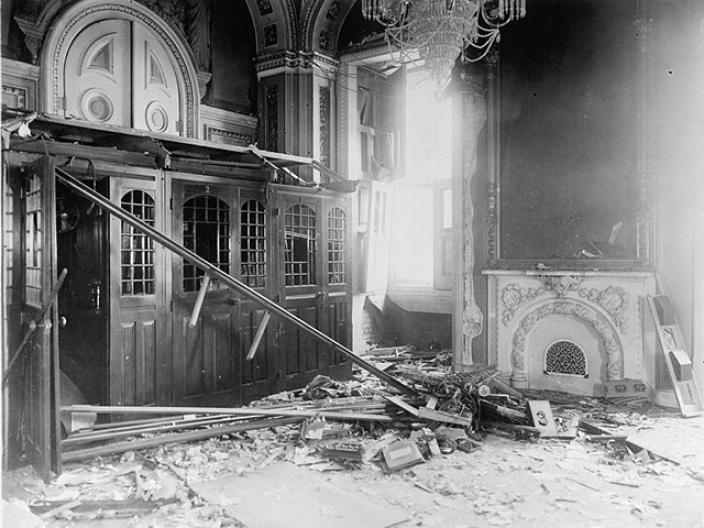 A history of attacks on the U.S. Capitol, 44 years after the Weather Underground bombing

In 1954, a group of Puerto Rican [Marxist] separatists got onto the House floor and opened fire with handguns. Five members of the House were wounded in the attack, including Rep. Alvin Bentley (Mich.). He's in the photo below, being carried out by pages. The Weather Underground, a far-left organization, was founded in the late 1960′s. It’s main objective was to overthrow the American government. Several bombing attacks were initiated by the group and were mostly against government buildings and banks.

And we all know who the founders were buddies with...some guy in the neighborhood. 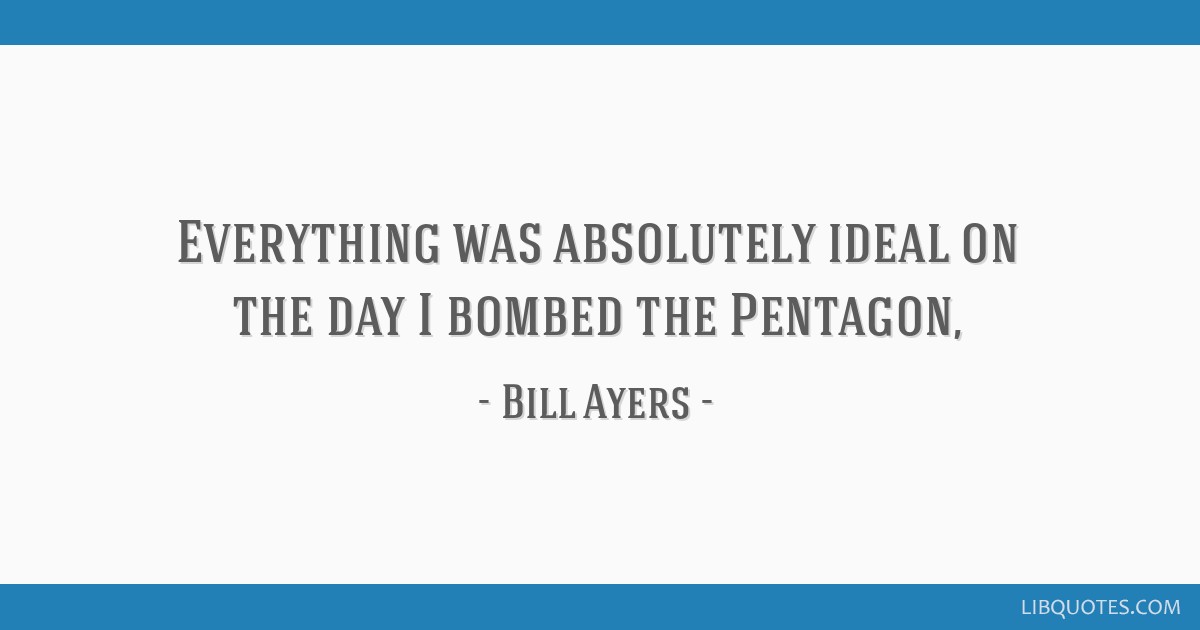 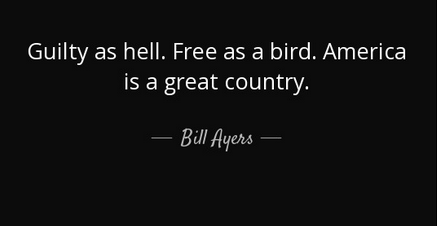 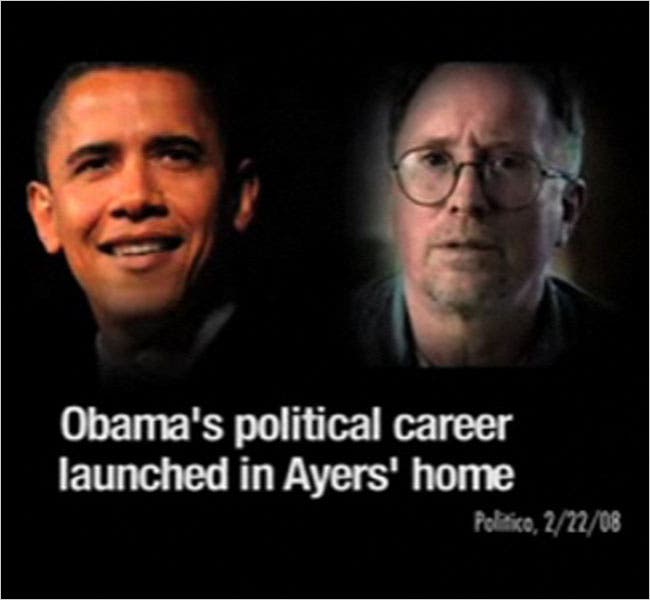 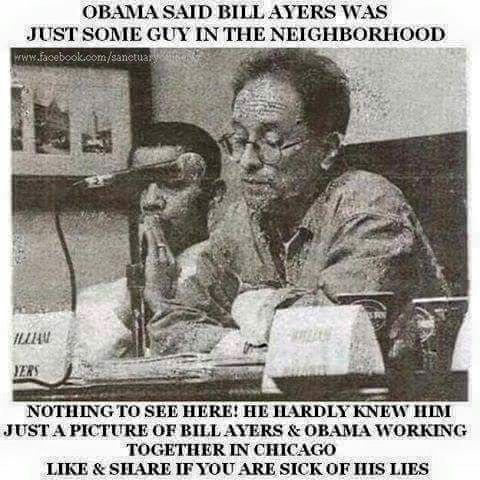 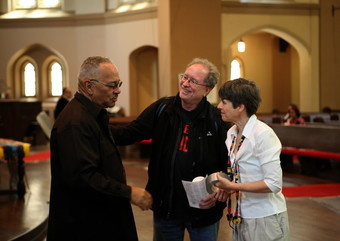 “Rosenberg’s case is a reminder of the long, growing list of left-wing acts of terrorism either excused or endorsed by Democrats and their allies in corporate media, who now condemn the violent attacks on the U.S. Capitol that came from right-wing extremists last week.”

There is no evidence ANY capitol violence came from ANY “right-wing” people. Pure conjecture.

But they were all white guys, so they had it coming to them.

Attack on the capitol ping. Thanks for posting.

In Tonight We Bombed the U.S. Capitol, author William Rosenau tells a shocking, never-before-told story from American history. Rosenau takes a close look at the hidden history of M19, the first and only domestic terrorist group founded and led by women, and their violent fight against racism, sexism, and what they viewed as Ronald Reagan’s imperialistic vision for America. A book signing follows the program.