The Black Lives Matter activist who was seen storming the U.S. Capitol on Jan. 6 was arrested and charged, the Department of Justice said Thursday.

A newly released court filing says John Earle Sullivan, 26, told FBI agents last week that he was at the Capitol when the breach happened. He said he entered through a window that had been broken out. He also said he was present when Ashli Babbitt, an Air Force veteran, was shot dead by a U.S. Capitol Police officer as she tried to climb into the House Speaker’s Lobby through a window.

Sullivan showed agents some of the footage he captured inside the building, which he and others entered illegally.

Videos showed Sullivan and others breaking through a barricade, with the Utah man shouting: “There are so many people. Let’s go. This [Expletive] is ours! [Expletive] yeah,” “We accomplished this [expletive]. We did this together. [Expletive] yeah! We are all a part of this history. Let’s burn this [Expletive] down.”

He was later heard encouraging protesters to climb a wall to get to an entrance to the Capitol and was seen entering the building.

During one conversation with others while inside, Sullivan said, “We gotta get this [expletive] burned.” At other times, he said, among other things, “it’s our house [expletive]” and “we are getting this [expletive].”

Charge him with the murder of Ashli. He was calling for it.

This must be fake news. The only rioters there were Trump supporters.

The guy is a Deep State agent provocateur—and must be released immediately.

He has a long list of false flag missions to complete!

(Probably he is just getting re-supplied....)

Established. It was black block acting as provocateurs.

The liberal won’t believe it despite evidence and the media will not report or twist it.

But it is established.

Kamala will bait him out

He was too well know/obvious. Plenty more available.

I thought he was Antifa. If he’s a BLM leader, that’s oh so much sweeter, because I can’t wait to see how the pompous leftists react when they hear that the “peaceful”, “oppressed” leaders of BLM were actually leading the “insurrection” they blamed on Trump.

“Avoid the Next False Flag with This Key Information”

{In depth discussion with video clips of what happened}

It’s already up on Banned.Video, the infowars video channel.

Parler was nuked to nothing because they relied on Amazon servers.

Infowars was nuked last year, and AJ built up his own independent system from scratch.

And it’s still out there, scratching.

People think that AJ must be stupid, because he’s an over-the-top voice actor and a wild-man character.

Let me tell everybody-—AJ is NOT stupid.

Here is today’s show, already up in under 2 hours.

“Avoid the Next False Flag with This Key Information”

I wouldn’t waste more than the cost of an ounce of lead on this filthy communist degenerate.

Not all the Trump supporters were protestors.

This is a FACT that the mainstream media refuses to acknowledge. It goes against their narrative, and they can't have that.

Send him to prison with the rest.

behind wall and no I will not enter my email address.

There were probably many more.

But they are well trained and probably got it going really good and bolted.

Angling for the lawsuit above all else.

Parler could have be replatformed in a heartbeat with limited functionality. By now, it should have been fully functional. 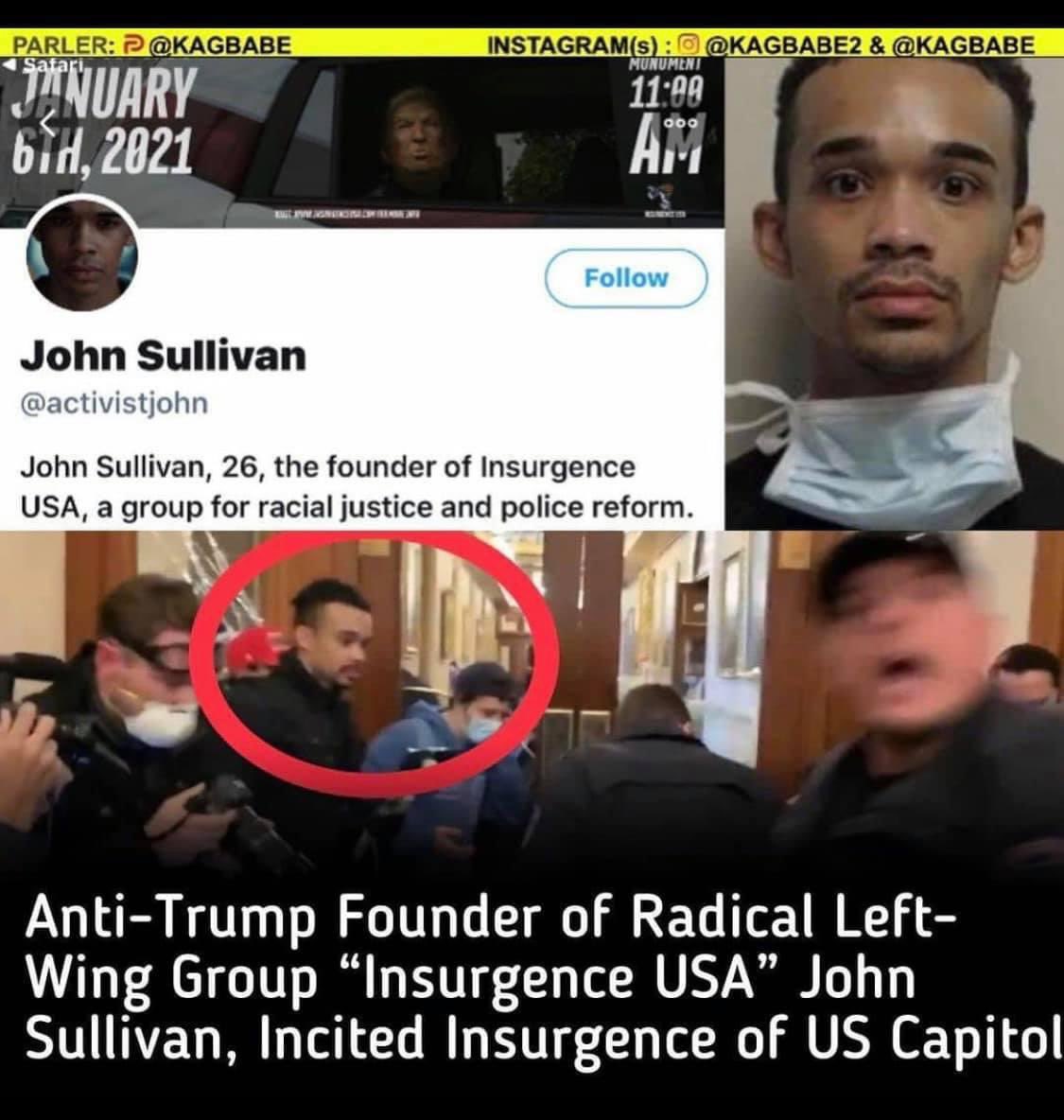 Nancy said it was a “white privilege” event. Whatever that means.

...and our President, and suppirters, got the blame for what the BLM did. It was Reichstag sort of event