“Joe Biden said that on his first day of office, he will give transgender students access to sports, bathrooms and locker rooms in accordance with their gender identity in federally funded schools,” a reporter stated. “Do you think he has the ability to do this and do you agree with his decision?”

“I agree with the decision and I know he’ll check things out thoroughly, legally,” Schumer responded.

.@SenSchumer: “I agree” with @JoeBiden’s plan to mandate transgendered people can choose the bathroom, lockerroom of their choice in schools pic.twitter.com/2vNIlQmT3j

In addition to granting transgender students’ privileges in the bathroom and on the field, Biden has promised to use “executive authority” to “immediately reverse” the Trump administration’s policies that he believes are discriminatory and implement an agenda to “advance global LGBTQ+ rights and development.”

Some of his proposed changes include enacting the House Democrats’ Equality Act to legally cement pro-LGBTQ actions including allowing incorporating “sexual orientation” and “gender identity” into federal anti-discrimination law, cracking down on the “broad exemptions to discriminate” through religious freedom, and expand and funnel federal funding to programs meant to support LGBTQ communities.

In October, Biden told a mother during his televised town hall that he supports young children choosing to “transition” and reaffirmed his promises to “flat-out just change the law” to accommodate his agenda.

“The idea that an 8-year-old child or a 10-year-old child decides, you know, ‘I decided I want to be transgender. That’s what I think I’d like to be. It would make my life a lot easier.’ There should be zero discrimination,” he said.

Biden’s comments at the town hall followed his pledge to sign the Equality Act to combat the “epidemic” of violence “against transgender and gender non-conforming people.” 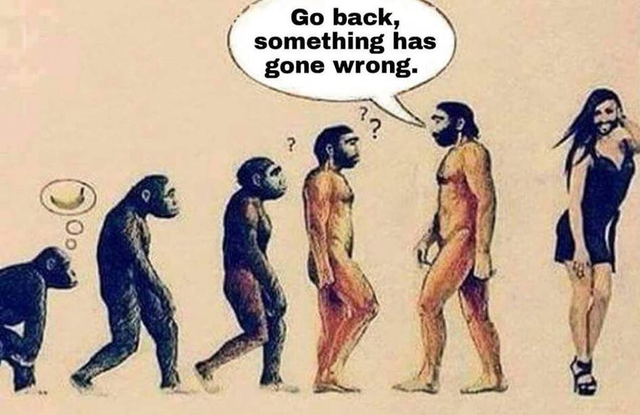 I know some fathers of fourteen-year old girls who will take serious issue with this.

No way to stop a hetero man from hanging around in the girls’ restroom.

Or for HS guys to go to the girls’ shower.

“The Senate Majority Leader cited his daughter’s visceral fear that her own same-sex marriage could be undone by a future Supreme Court...”

Gee, I wonder why Chuck Tumor would have an interest in this?

How long till smart aleck teenage guys say, they identify as transgender, and that’s why they are in the girls locker room?

Don’t you love the priorities of these a-holes?

8 posted on 12/05/2020 8:25:09 AM PST by GrandJediMasterYoda (As long as Hillary Clinton remains free equal justice under the law will never exist in the USA)
[ Post Reply | Private Reply | To 1 | View Replies]
To: SeekAndFind

They remembereded how much fun they had sneaking into the ladies room as teenagers. Wanted everyone to enjoy the experience.

Opening a huge can of worms.

Plus they say “gender is fluid.”
So plenty of guys will say “I’m feeling very feminine today. I need to use the girl’s dressing room.”

THIS and COMMON CORE are reasons to home school!
I don’t have kids, but if I did, they would be home schooling for sure!

government by the least suitable or competent citizens of a state.

“I don’t have kids, but if I did, they would be home schooling for sure!”

Biden to show his support by being the first to enter the female bathrooms.

17 posted on 12/05/2020 8:41:23 AM PST by Vaduz (women and children to be impacIQ of chimpsted the most.)
[ Post Reply | Private Reply | To 1 | View Replies]
To: Don@VB
When those boys start driving and see the difference in insurance rates for guys in gals how many will claim to be a girl to get the lower rate?

Let's all declare we're old enough for our full SS "benefits". Start right now at whatever age you are. Then we'll find out just how serious gubmint is.

If you have a pension at work, declare you're the age for the pension. Then we'll find out how serious corporate Amerika is about this woke nonsense.

I want to see all those stupid Karens who voted for Biden watch their daughters get manhandled by men in every sports competition.

There’s no legal basis to have separate anything for men any women anymore, anyway.

When college becomes “Free” do you think they won’t demand complete and total control over everything a college says and does?