In the weeks since U.S. President Donald Trump lost the election, his lead lawyer Rudy Giuliani has repeatedly made baseless claims of widespread voter fraud and the campaign brought a flurry of lawsuits challenging the results, many of which were dismissed.

Representative Bill Pascrell, a Democrat, on Friday called for Giuliani and other members of the legal team to be stripped of their law licenses for bringing “frivolous” lawsuits and allegedly attempting to help Republican Trump steal the Nov. 3 vote from President-elect Joe Biden.

Here’s why Trump’s lawyers are very unlikely to face disbarment, suspension, or even lighter sanctions such as a fine.

All 50 states and the District of Columbia have legal ethics rules for lawyers that are derived from standards published by the American Bar Association.

One ABA rule says that lawyers should only assert a claim in court if “there is a basis in law and fact for doing so that is not frivolous.”

Rules governing attorney conduct apply both inside and out of the courtroom.

“Lawyers definitely have a lot more leeway in press conferences, but they still cannot engage in deceit in their statements,” said Keith Swisher, an ethics law professor at the University of Arizona.

On Twitter and in media appearances, Giuliani and attorney Sidney Powell appeared to have run afoul of rules barring them from making dishonest statements, said Brian Faughnan, a lawyer and ethics specialist in Tennessee. 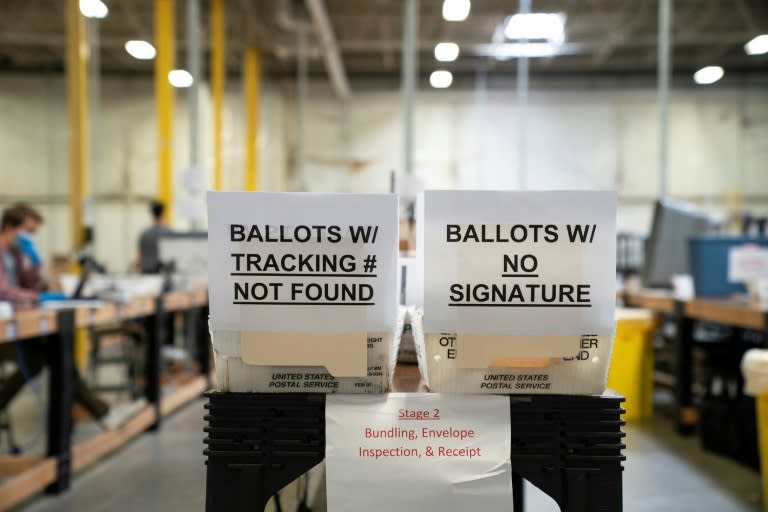 They have to prove the claims are false. Do they want to do that?

“...has repeatedly made baseless claims of widespread voter fraud...”

Didn’t need to read any further...

In fact, there was some thing called "Suppose, suppose" which was used by attorneys to build cases which was attached to a particular law school.

as long as you schmucks fall under the same... lets see how that pans out...

Sure ... let’s discipline the attorneys right after the media.

If so, there are many journalists, lawyers, and Deep Staters that will need some serious discipline.

8 posted on 11/25/2020 3:50:47 AM PST by JerseyDvl (No Faith in the Electoral Process! FRAUD REIGNS SUPREME.)
[ Post Reply | Private Reply | To 1 | View Replies]
To: Oldeconomybuyer
Rudy Giuliani has repeatedly made baseless claims of widespread voter fraud

He has never made claims of widespread voter fraud. He has mad claims in a limited number of counties. The libs always put that widespread in with their claims that there was no voter fraud.

No more than any of the Trump accusers and attackers have been the past four years.

Who says they're making false claims? You would have to prove that they knew what they were saying was factually incorrect. I don't see that as being the case.

They did yesterday about the legislative hearings. Looking to see this morning what the deal is and how it happened.

Can the Biden family be disciplined for their criminal fraud activities with the governments of Ukraine, China or Moscow????

Maybe we should look to a few of those democrat lawyers over the last 4 years.

And it depends on what constitutes “widespread” anyway. If he’s only saying there was fraud in Atlanta, Detroit, Madison, Milwaukee, Philadelphia, Pittsburgh, Maricopa county, and Las Vegas... that IS “widespread.”

and I am sure that the author, Jan Wolfe, has carefully read the affidavits attached to the complaints filed by Trump and friends... sure

Can Reuters, AP, CNN, MSNBC, NPR, etc. be charged for lying to the American people every day for the last 4 years?

Can Reuters be disciplined for making false claims?

So looking at what happened since last night...still no report of hearings. Arizona and michigan deny it.

Trump needs to find out if he is being sabatoged from within
.
.and what is going to go on in pa is not a hearing..but its a start. Still not a hearing.