A high turnout in specific areas Even where the turnout is within the bounds of possibility, if the figure is wildly different from the turnout elsewhere, it serves as a warning.

Why would one particular area, or one individual polling station, have a 90% turnout, while most other areas register less than 70%?

Something strange is almost certainly going on, especially if the high turnout is an area which favours one particular candidate or party over another.

It is enough that the people know there was an election.

The people, who cast the votes decide nothing.

The people, who count the votes decide everything. 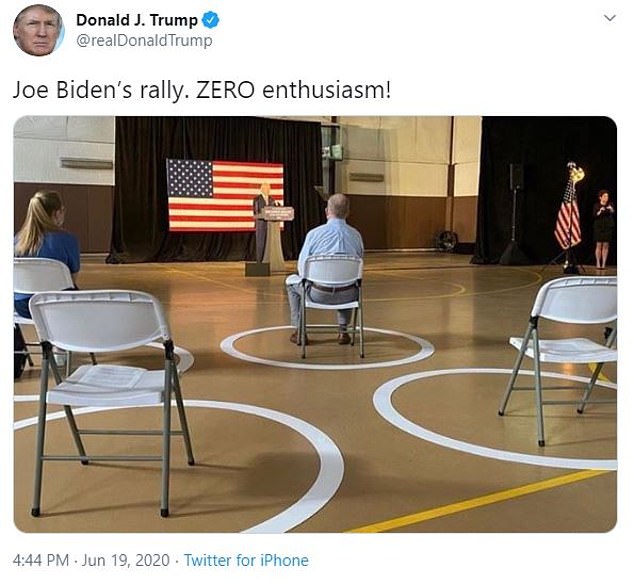 One truth-teller with an audience in the mutli-millions is Tucker Carlson, and last night he laid out convincingly the path ahead by which the left, principally relying on its media and social media dominance, will attempt to install as president a man who needed fraudulent votes to win. The plot, in short, is to have the TV networks, AP, and NYT/WaPo declare the race is decided. At that point the social media censors step in and suppress all efforts – even those of a sitting president -- to uncover the fraud as conspiracy theories and an attack on democracy itself.* (Excerpt) *Read more at americanthinker.com ...

Vote rigging: How to spot the tell-tale signs

5 posted on 11/06/2020 7:13:47 AM PST by Vaduz (women and children to be impacIQ of chimpsted the most.)
[ Post Reply | Private Reply | To 1 | View Replies]
To: All
(h/t hoosiermama) NOTE WELL:
<><> faked ballots do not contain the correct down ballot information (school board up to senators ) That changes even within the county.
<><> That is why only the presidential race jumps when tallied.
<><> having watched people vote for years, there is no way 100,000 ballots go through just a few machines.
<><> faked ballots had to be hacked into the system.

First of all, look around and see if there are any democrats in the room... If there is, then you have a problem... :(

President Trump drew a vast number of his supporters to the polls, and they paid attention to down-ballot races and elected Republican top to bottom.

How odd that the Biden votes that keep surfacing didn’t include state legislative races or even dogcatcher votes.

The Washington Examiner realizes what a big loss the Democrats suffered: “Democrats had been hoping their landslide victory would hand them power in a number of new state legislative chambers. This was key to their goal of cementing themselves into power. Not only would it give them opportunities to advance their policy agenda, but it would also hand them much greater control over the redistricting process than they had enjoyed in 2011.”

Democrats failed to flip even a single legislative chamber in their favor.

This massive Democrat failure will echo through the next decade. Democrats w/ power at the state level, could have erected massive obstacles to Republicans’ goal of staging a post-Trump comeback. Instead, they now look forward to a second dismal decade of living under maps they did not themselves draw.

As for the US Congress, despite far more Senate GOP incumbents up for re-election, it appears the GOP will hold onto a majority. (Excerpt) more at americanthinker.com ...

Sounds very familiar. Compare the turnout in Minnesota or Wisconsin with other nearby states.

“It is now standard practice to allow party agents, observers and sometimes even voters to watch the counting process and take photographs of the results sheet with their phones.”

In Africa maybe, but not in Pennsylvania.

When the ballot examiner casts a glance around the room to see if anyone is looking before he starts marking a ballot.

Check out this video regarding Trump’s “sting operation” re Biden Family and this election.

Democracy is 3 wolves and a sheep deciding what’s for dinner.

Color me shocked! The Beeb is hard core Left. Maybe even they recognize the fraud.

1. Close off counting efforts to observation.
2. Mail ballots to every voter registered and send operatives out to “harvest” them (or fill them out for the “voter.”)
3. Quickly count and mix the suspect vote in with the legitimate vote.
4. Big cities ran by the dem machine update massive vote dumps while everyone is sleeping.
5. Claim several glitches with the system on both candidates. Larger glitches with larger vote totals obviously go to the dem candidate.

Not to mention, dems and the media set the narrative weeks ago with their red mirage bull. Now they’re trying to say they told us so. Nope, it was the plan all along. There’s an interview with Bernie Sanders from a couple of weeks ago warning “America” that this exact scenario “might” happen.

It’s frustratingly fraudulent, but very difficult to prove. Our side must win the argument in the mind of the public even if we lose the upcoming legal battles.

If a person would tell you that they are going to rob your house on Monday of next week, what would you do?

If you do nothing, then what does that say about you and the robber?

Now, let’s say that sure enough, the robber is in your house and you call the cops. The cops laugh at you and blame you.

You have a gun, or you can chalk this up as a “painful learning experience”. Everything is somewhat insured and much of your stuff, not all can be replaced.

So, you scold the robber as he walks off with all your stuff. Then, your neighbor who had a gun and said he was going to back you up asks you why you let the robber go?

You claim that “it’s best for the neighborhood” and this is the last time this is going to happen to you. Because, you’ll go and have a word with the police department and you’ll get an alarm system to the house.

Your neighbor looks at you, he chuckles, and heads home. The next day you see a for sale sign on his house.

The Dems have routinely stolen elections in Wash state for decades.

The drill? Suddenly ‘discover’ a box or two of ballot that appear just in time to thrown an election.

Do these idiots think people are blind?

Supreme Court must throw out ALL mail in ballots and only count in-person voting and verifiable absentee ballots.

Mail-in Ballots = Donald Duck and Mickey Mouse on the voter rolls get a ballot which the local BLM fill out and mail in.

Votes are in person verifiable ID and absentee verifiable request with ID – A constitutionally protected VOTE. Everything else is unprotected BS and SC must throw them out in EVERY state. Most expeditiously, in the swing states.

They really don’t care if you know. They run everything. If they say it ain’t so, it ain’t so. Now shut up and get with your new overlords.