In Pennsylvania, Undecided Voters Are Torn Between Faith And A Party That Was Once A Way Of Life
The Federalist ^ | November 1, 2020 | Christopher Bedford

Party loyalty runs so deep -- and is connected to so many past battles -- voters struggle with an identity crisis when confronted with the reality that the Democratic Party has long left Mass-attending Catholic workers behind.

EASTERN PENNSYLVANIA — Religion runs deep in eastern Pennsylvania. Through mountains and valleys, in once-thriving mining and factory towns, Catholic steeples dot low skylines. In smoky pool halls, Monday afternoon drinkers would rather talk about the Knights of Columbus than national politics. Man for man, they’re lifelong Democrats — or once thought so.

It’s common for American families to transmit political values from generation to generation, alongside religion, eye color, and heart disease. In eastern Pennsylvania, it’s not that simple. When working out how to vote, the issues and platform are important, but so is how dad voted, how grandma would have voted.

All of this comes into the booth with the people we spoke to, and for them, the Democratic Party isn’t just a choice, it’s the working-class, it’s the union, it’s the grandparents, and until some time recently they can’t quite put their fingers on, it was Catholic and it was pro-life. In 2020, they see full well that something is very wrong.

Just over an hour north of Philadelphia, the historic city of Bethlehem sits nestled into the Lehigh Valley. For nearly the whole of the 20th century, Bethlehem Steel was synonymous with American industry — and American power. Their factories built beams strong enough to raise the greatest buildings the world had ever seen, and during the Second World War, as much as 60 percent of the United States’ guns, 40 percent of her shells, and “one-fifth of the entire fleet.”

By 2003, cheap foreign imports combined with poor business strategies had shuttered 150 years of history. The trade deals can’t be blamed on any one man or party — both were responsible, but for decades no man but Ross Perot gained national traction running against them. Perot won nearly 21 percent of the vote, and in 2016 Trump became the first Republican presidential candidate to win here in nearly three decades.

Ivan Alicea is the assistant manager at McCarthy’s Red Stag Pub in historic downtown Bethlehem, where handsome lamp posts, neat brick sidewalks, and large pub windows warmly display a wall of whisky to passersby. “I’m a working-class, Catholic, pro-life Democrat,” he told us over beers, “and I don’t know how to vote.”

He echoes sentiments we’d heard before, over and over, up north in cities that were once booming mine towns but since lie forgotten. At 39, Alicea grew up when Bob Casey Sr. was governor. Casey, a Democrat who twice refused Republican invitations to defect, stood on three planks: Good and active government, the union, and the sacredness of innocent life.

Tormented by his party’s shift toward a pro-abortion stance, the observant Catholic fought alongside the Pennsylvania legislature against Planned Parenthood to institute a one-day waiting period, parental notification, husband notification, and a ban on partial-birth abortion — all of which were upheld by the U.S. Supreme Court save the requirement women tell their husband beforehand.

When Republican Sen. John Heinz died in a plane crash, Casey appointed liberal Democrat Harris Wofford reportedly only after receiving Wofford’s pledge to defend Pennsylvania’s new abortion law. Once Wofford was in Washington, insider accounts say the two clashed a second time, with Casey threatening his first race to hold the seat if Wofford didn’t push the defense of life. And in 1992, Casey was barred from a speaking slot at the 1992 Democratic convention over his intent to force the abortion debate on the Democratic National Convention.

“Yes!” Alicea replied when asked about the elder Casey. “Exactly! When I grew up, we were Bob Casey Democrats… My wife told me, ‘It sounds like you’re going to the other side, but I don’t know what my side is anymore.”

That makes sense, because the Democratic Party has changed, growing so deeply intolerant of abortion opponents that their funding can be cut off and they are left vulnerable to pro-abortion primaries. Sen. Kamala Harris, Vice President Joe Biden’s running mate, is the most publicly anti-Catholic major-ticket candidate in modern political history, and is certain to wield outsized influence over a fading Biden. While America’s Catholic bishops — hardly a political force since their silence when John F. Kennedy promised voters his Catholic values would have no impact on his governance — are silent on this frightening shift in the Democratic Party, priests with the courage to speak out have garnered national support over 1.1 million views on YouTube.

At the same time, a Republican Party wedded to corporate tax breaks, free trade, and anti-union policies has been overtaken by a president committed to fighting the culture wars, bringing industry back to the country through whatever trade measures are necessary, and winning the support of unions put in last place by Democratic environmentalists and open-border advocates.

And the shift is making headways: When the Republican chairwoman of Bethlehem’s Northampton County set up a voter-registration booth at a demolition derby, she told us, she gained more than 2,000 signatures, including a number who wanted to register for “the Trump Party.” Back up north in Luzerne County, a Biden rally last weekend was surrounded by tailgating, parading Trump supporters waving the blue flags of his campaign.

Luzerne’s Valeria Price, 37, said she’s haunted by her grandmother’s intent to vote Republican for the first time in 2016 — not because she was going to leave the party she and her husband, once a local Democratic councilman, had loyally supported all their lives, but because Price didn’t ask her why she was leaving before she passed. “Who is my party?” Price asked when we stopped by the newsstand where she works the register.

It’s an amazing thing to see: Party loyalty that runs so deep — and is connected to so many past battles — voters struggle with an identity crisis when confronted with the reality that the Democratic Party has long left Mass-attending Catholic workers behind. The decisions these men and women come to will decide how the state votes on Tuesday — and will help decide the next four years of American politics.

I just don’t get it. Pro-life and Catholic and cannot figure out who to vote for? Is your IQ less than ambient temperature?

And, again, you cannot figure out who to vote for????

I've never had that problem 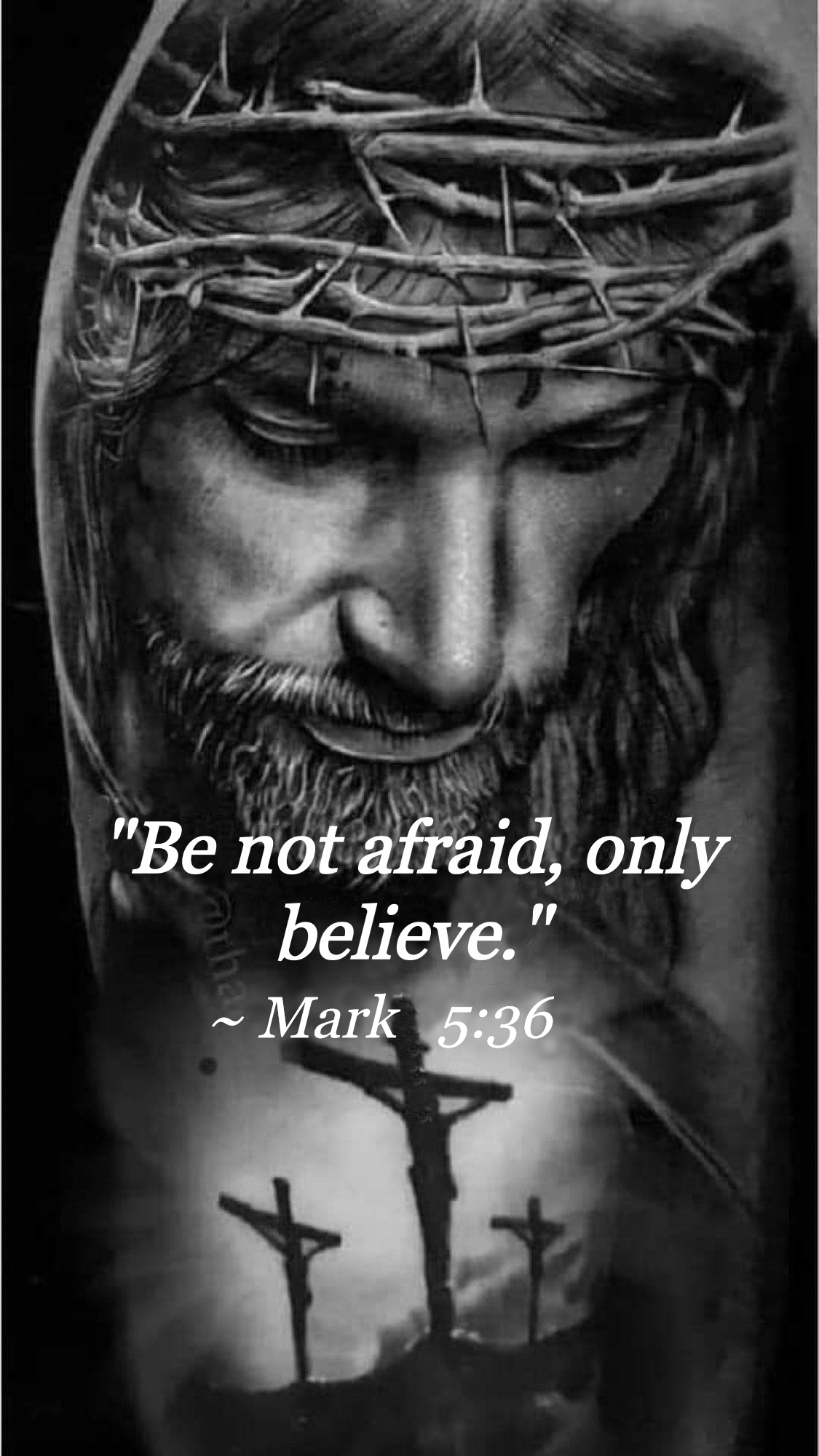 4 posted on 11/01/2020 2:59:10 PM PST by HippyLoggerBiker (Always carry a flagon of whiskey in case of snakebite and furthermore always carry a small snake.)
[ Post Reply | Private Reply | To 1 | View Replies]
To: rigelkentaurus

If you are pro life than you vote for the party that is pro life. I am Catholic, I am Pro Life, and the Republican Party is Pro Life, it’s as simple as that.

At this point it amazes me that there is more than 5 undecided voters left in the nation. How many are really not undecided rather than attention whores. Now it’s all about turnout so go vote already.

Half the people you encounter in the U.S. have IQs of 100 or less.

How many are shy trump voters is the real question

In a nutshell, when I was young and lived in the region, you voted for regional issues. Kitchen table matters. Coal, unions, taxes, jobs. If your grandfather and your father voted Democrat, you did, too, and vice-versa. It was tradition. Now it’s asymmetrical warfare.

But who the hell is undecided at this point in time ?

The left tries to confuse well-meaning Christians by making the argument that government welfare is Christian, and is more important than abortion because they don’t believe it’s a baby.

faith will win out.

Very interesting article. Lots of Christians, Catholic and Protestant, have a Sunday only relationship with God. I understand party and family loyalty, but I could never understand how a big, burly Teamster would be happy also supporting homosexual marriage, abortion and transgender nonsense. Stop and think for yourself. It’s happening this year with black America. They’ve been loyal for 70+ years to the Democrat party, and where has it gotten them? It looks like many blacks have had enough of being taken for granted. Maybe more and more Democrats are feeling that way, too.

That’s not a belief, it’s dogma. Of course it’s a baby. That’s tangible, no belief required. Just leave it alone and viola, it’s a baby. Every time. It has never once been anything else.

Only if one has faith.

Well according to the article they possess strong faith and that is why they are grappling with the election. Thus my response. 8>)

I believe the lifetime Dem members are becoming new Republicans.

Never could understand this PARTY LOYALTY crap, I have been a Republican all my life, my Father and Mother were democrats, my Grand parents (on both sides) were democrats.

My aunts and uncles are all democrats, same for all my cousins.

I have always voted my own best interests regardless of party, hell in a few elections I even voted for a few democrat senators and reps (one or two), although that was a very, very long time ago.

Since the early 70’s there has not been a democrat worth pissing on much less voting for.

I will be voting a straight Republican ticket again this time around, as the democrats have only gotten worse and worse over the years.

I knew that even TRUMP wasn’t a real “REPUBLICAN” when he ran, but he said and did the things I wanted in a PRESIDENT.

He’s still not what most folks would call a REPUBLICAN, more of a POPULIST.

That’s why all the RINOS and the system in general hate him, he’s on OUR SIDE. NOT THEIRS.

FIRE ALL THE OBUNGHOLE AND BUSH HOLDOVERS, and build something we can be proud of as AMERICANS!

I would go further, as many prominent priests have, and say that it is a mortal sin to vote for Biden/Harris.

19 posted on 11/01/2020 3:49:15 PM PST by miserare ( Respect for life--life of all kinds-- is the first principle of civilization.~~A. Schweitzer.)
[ Post Reply | Private Reply | To 5 | View Replies]
To: Kaslin
No genuine Christian would consider voting for the Rats even for a millisecond.Of course no everyone who claims to be a Christian really is one...Ted Kennedy,Bella Pelosi and Plugs Biden being just three examples of the phony Christians.

And although I know little about Judaism my sense is that no real Jew would consider doing so either.