Joe Biden has promised that if he’s elected president, he will set in motion on Day One the largest dismantling of U.S. immigration law enforcement in the history of the republic.

On the very day he’s sworn in as president, the oath for which includes a constitutional obligation to “take care that the Laws be faithfully executed,” Biden has pledged to begin a 100-day moratorium on deportations of violators of U.S. immigration law. When deportations resume on Day 101 of his administration, Biden has further promised that “from that point on, the only deportations that will take place are [for the] commissions of felonies in the United States.”

That is an invitation for a tsunami of uncontrolled immigration into the U.S. beginning on Jan. 20, 2021. Biden cannot even be trusted to follow through on his commitment to remove convicted felons from the country. In the same primary debate in which he pledged to remove only felons, Biden also said he is opposed to local police departments turning over unauthorized immigrants who are in their custody to federal immigration law enforcement officials. The vast majority of U.S. Immigration and Customs Enforcement arrests and removals of convicted felons from the country depends on exactly that kind of logical cooperation by local and federal law enforcement.

Biden has even gone so far as to specify that he does not consider driving under the influence a felony, though the fact is that the repeated commission of that crime is a felony in most states. It is pertinent to note that DUI charges and convictions have up until now been a major driver of ICE arrests, accounting for nearly half of the agency’s 158,000 arrests in 2018. 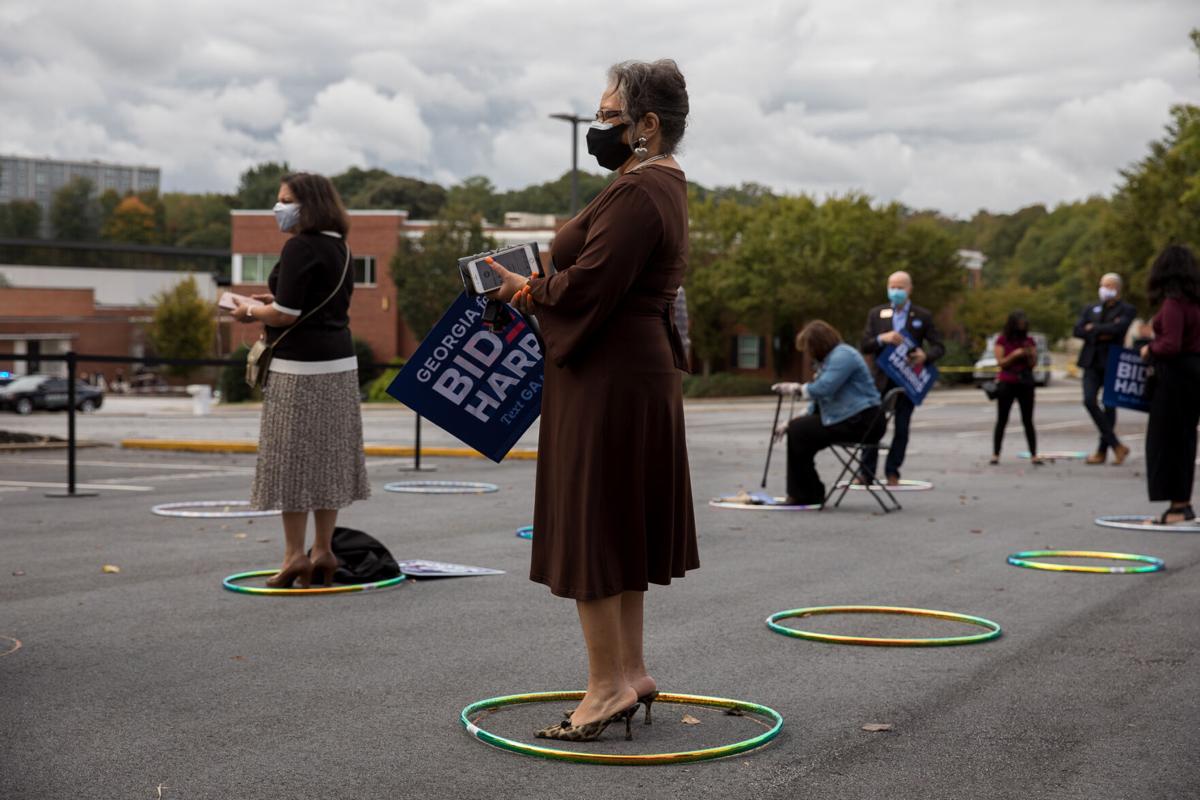 It’s part of the plan . . . https://thenewamerican.com/joe-biden-on-creating-a-new-world-order/ We know inevitably this mess can’t go on . . .God is going to pass judgment on our country if we don’t repent and try to turn things around! Even Satan and his demons know what is going to happen to them. . .they took a look in the Book! Only takes a little over an hour to listen to the Book of Revelation and in the first chapter, God promises a blessing for those that read/hear the book of Revelation https://www.biblegateway.com/audio/dramatized/niv/Rev.1

And the RINO party will cower and hide just like they did with B.Hussein when he was financing terror via Iran

Any Democrat elected POTUS will do this. I doubt there will be anything but Open-Borders Dems in my lifetime.

If Biden is elected, you can count on the caravans beibg revved up again within days for the trek north.

This old geazer needs to be destroyed. Politically speaking. Of course. Tee hee.

He plans to be the deporter in chief.

Paraphrased, he said, "Those who enter the country illegally should be sent home and go to the back of line of those who want to enter legally".

WHY ARE WE ALLOWING CITIZENS FROM OTHER COUNTRIES
WHO ENTER US ILLEGALLY GRANT THEM RIGHTS
THAT THEIR COUNTRY DENY US HAVING
WHEN WE ENTER THEIRS LEGALLY TO VISIT OR RETIRE ???
The issue of sovereignty should not be allowed to get twisted into being propagandized as “White Nationalism”. Use of that term is usually directed when the immigration issue is brought up to devalue of the protections an American citizen have by being one. When allowing the hordes illegally entering the US through the Mexican border avoid enforcing the reciprocal 2nd class treatment that American citizens get while legally residing in Mexico which of course also includes denial of voting privileges..

Today’s so called democrats insist Americans must allow illegals storm in here by the hundreds of thousands despite their cost to us of billion$ in tax dollars,which is never enough. Tax money that should be going to our citizens for their sustenance,health,education,and housing even infrastructure needs. But Americans must do the tax flagellating punishment because we’re the very rich United States and must divert those billion$ to fill the needs of those poor illegals plus give them the right to vote. Sustained by our tax money which our children’s children if not aborted will be paying for.?

Besides flooding the labor market with cheap labor which reduces job opportunities for American citizens in a diminishing base. Highly infectious communicable diseases are also pouring through this uncontrolled border creating serious health problems.

This destructive utopian Mexican open border approach of even considering granting those who enter the US illegally through it. Entitlement to all benefits way beyond those of what Mexicans give to our citizens in Mexico destroys the value of an American citizenship. It is being promoted by the name callers in socialist circles known as the democrat party as well some republicans who use such terms as “nativist” promoting racial division .

What we should be doing is taking a very very hard look at our relationship with Mexico along with trade and its myriad miss treatment of Americans as 3rd class citizens and its claims on American territory . There is no doubt there are hundreds of complaints, if not thousands, from American citizens who have retired there. Along with travelers running to American consulates about conditions that are going unreported because of this Mexican policy

Why are we expected to allow Mexican citizens enter to our country illegally and offer them preferential treatment over our citizens allowing them to purchase land in their own name and voting privileges when an American cannot do either if they choose to retire in Mexico ?

Time to rev up the caravans again!

Trump should campaign on this!!!

Biden and Harris absolutely plan to flood the US with cheap Dot Indian labor. They both stated as much on several occasions.