In one of the rare instances where the media has bothered to ask Joe Biden about anything of substance, he was forced to give an answer during the last presidential debate about whether or not he was planning on banning fracking. He flip-flopped on that issue yet again, saying that he would not be banning fracking, likely because he’s aware that the polls in Pennsylvania are hanging by a thread at the moment. But as C. Boyden Gray points out this week at Real Clear Politics, Joe Biden’s answer wasn’t just at odds with previous statements by both he and his running mate. He’s also directly contradicting information published on his own campaign website. Despite trying to clean up the mess caused by those remarks by saying we couldn’t get rid of fossil fuels “for a while,” that depends entirely on how long you think “a while” might be. Uncle Joe still has a promise on his website claiming that we’ll be done with fossil fuels by 2035.

This Green New Deal goal would never get congressional approval, but that may not matter. Biden promises to achieve his clean energy goals by fiat, issuing executive orders of “unprecedented reach that go well beyond the Obama-Biden Administration platform.” A Biden administration would move to achieve its goal of “carbon-free” electricity generation through an even more aggressive version of President Obama’s “Clean Power Plan” regulations. This Clean Power Plan 2.0 would require utilities to idle, then dismantle, their natural gas power plants.

You can read Joe Biden’s clean energy plan here. It’s all set forth in plain text. 2035 is the target date to be done with fossil fuels, including natural gas. So if we pair up what Biden said last week with his own published energy plan, he’s telling the country that it’s okay to keep fracking for natural gas, but nobody will be allowed to burn it? Was Biden having another “senior moment” here or does he honestly believe that this idea could work?

As Gray points out, this pipe dream (pardon the pipeline pun) is not only unrealistic but literally dangerous as well. One-third of the massive volume of natural gas that America produces each year goes to generating electricity. The conversion of coal-fired plants to natural gas has been underway for more than a decade and it’s allowed us to vastly reduce our carbon footprint. There is no viable plan to replace all of the electricity generated in this fashion, so idling the natural gas plants would effectively starve the energy grid. The whole country would begin experiencing rolling blackouts after the sun goes down, just as is already happening in California.

Further, much of the rest of the natural gas we produce is piped into homes and businesses across the nation to power stoves, furnaces and other appliances. When you eliminate natural gas, those will all have to be converted to electric appliances, further driving up demand for electricity that would already be running short. This isn’t any sort of coherent American energy policy. It’s a suicide pact.

And that doesn’t even begin to address all of the tens of millions of well-paying jobs supported by fracking in places like Pennsylvania, Ohio and around the Gulf Coast. Biden already went on record telling those workers they were going to need to learn to code, but I’m pretty sure that answer isn’t going to go over very well.

Channeling my best Gomer Pyle voice: “Oh what a tangled web weave, when we practice to deceive.”

Biden knows nothing but influence peddling. His supporters are kooks. Half the country. That’s all

Fracing poses no particular green house gas risk (assuming there is such a thing).

What comes to the surface is water, natural gas, oil, and all the other things one sees when producing an oil well.

The only reason fracing is a bogeyman is because various hostile oil-producing countries (that don’t rely on fracing) didn’t want the USA to be energy independent.

The same amount of oil or gas is burned in the end by consumers — it’s just a matter of where it comes from -— the USA or Iran and Russia.

I think that appearance with Jill was the kill shot.

He looks like death warmed over and he thought he was running against W.

“..He looks like death warmed over and he thought he was running against W....”

Doing high-dosage of drugs will do that to a person.
Was it W or George Washington? With this clown, one never really knows.

You can eat beans but you can’t burn it.

The only way not burning natural gas for electricity is at all possible is if we have an IMMEDIATE crash program to build nuclear powered electrical generating plants. Given that this is not in the works, what Biden proposes is an unrealistic pipe dream. Like much Leftist policy. 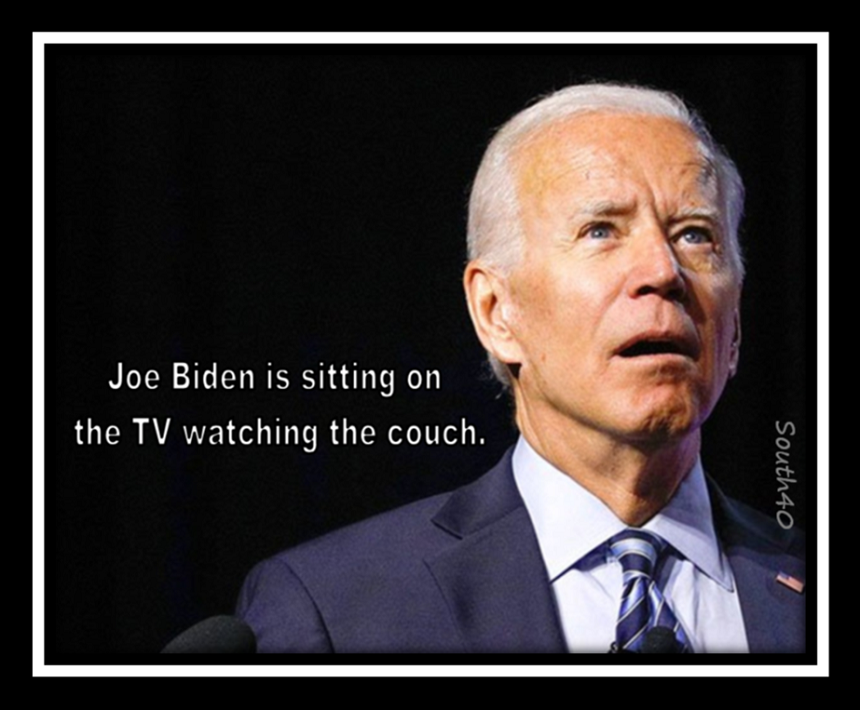 RE: The only way not burning natural gas for electricity is at all possible is if we have an IMMEDIATE crash program to build nuclear powered electrical generating plants.

Heck, in the state of New York ( my state ), in a few years, they are going to decommission the Indian Point Nuclear Power Plant that has been operating since 1962 and provides a quarter of the electricity of the city.

All this because of what happened in Fukushima!

... can’t help but notice bone and muscle shrinkage due to age. And this: “Reduced affect display, sometimes referred to as emotional blunting, is a condition of reduced emotional reactivity in an individual. It manifests as a failure to express feelings (affect display) either verbally or nonverbally, especially when talking about issues that would normally be expected to engage the emotions. Expressive gestures are rare and there is little animation in facial expression or vocal inflection.” Drugs could help with some animation and gestures during the debate, but the dead eyes are the giveaway. Welcome, America, to your possible next president—a zombie!

I refuse to believe that more than 1/3rd of the countries wackos are ignorant of the pending disasters the Ds would unleash.

Certainly, Californians know, since they’re living it now. We must send a big ass message Nov. 3rd, and I’m confident we will.

1/3 way to low ! Try 47%, possibly the only truly accurate statement Romney ever made in his political career.

“Tragedy struck today as Vice President Biden mistook prune juice for energy drink and shat himself leaving only skin and some bones, subsequently proving he really had been nothing but full of shit all along.”

“His supporters are kooks. Half the country. That’s all”

I think supporting Joe Biden is part of the definition of mentally disturbed. Maybe it is all of it, I don’t know.