Biden evades “Court Packing” question @FoxNews  Because his puppet masters are willing to destroy the U.S. Supreme Court. Don’t let this, and so many other really bad things, happen. VOTE!

And he wants the NY Governor as his AG.

Can anyone identify his Puppet Masters?

Why not just lie?

Prelude to a dictatorship. That is the definition of court packing.

Andrew Cuomo brought criminal charges against homeowners who went to their town’s public meetings to oppose housing projects. Think about that.

That pdjt calls out Biden for not being willing to answer such a simple And important question is very good. (Biden’s silence is a much clearer answer than anything Biden might have said anyway, alas it is clear as a bell and very very bad). And I just love it that pdjt included reference to Biden’s puppetmeisters. They’re the real problem and they’re the real problem for America - that a small cabal Had stored or bought control over the machinery of a major political party. Extremely dangerous!

Packing the SCOTUS means putting into the court those who agree politically with their nominating political party.

That’s a complete disaster, and also means removing the third branch of the government. A politicized court which follows the dictates of its ‘parent political party’, would not be representative of the wishes set forth in the constitution.

Although packing of the court could be done by the election of the opposing party during elections, it would render the court a joke and completely irrelevant.

Might as well be the same as what a president does right after election, which is nominating his entire new cabinet and eliminating the cabinet of the previous president.

If it’s a change to the United States Constitution, wouldn’t
the Senate and House have to pass it, then 37 states have to
ratify it?

This would not be a slam dunk for the Democrats. There must
be 14 states out there that would object.

The number of justices on the Supreme Court is established by legislation, not by the Constitution. 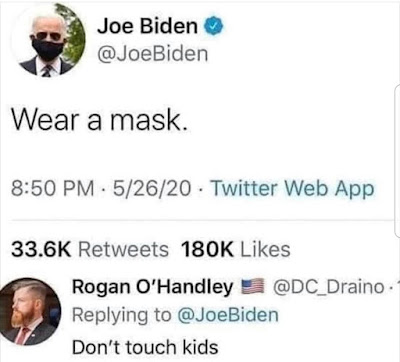 Biden is WEAK and would make a weak president. He is not willing to stand up to some of his supporters and tell them the truth. What would he do in office when he must make difficult decisions? Weak and unprincipled

This is getting very funny. Biden NOT answering the question is now a much bigger deal then if he just told us what he thinks.
Classic!

“...What would he do in office when he must make difficult decisions? Weak and unprincipled...”

It won’t be Biden making any calls.
It will be the “heels-up, knees-wide” puta known as Harris making the calls.

Yes. Biden showed how weak he is when he wimped out of being the candidate in 2016 when he was the natural successor to the Illegal

Both the Washington Post and New York Daily News reported today that Biden has widened his lead over Trump. It must be at least 20 points by now.

“...Andrew Cuomo brought criminal charges against homeowners who went to their town’s public meetings to oppose housing projects. Think about that....”

Andrew Cuomo deliberately mass murdered over 12,000 innocent elderly. And so far, has gotten off completely scott-free with it. Think about that.